Nassau County Executive Ed Mangano, watched by developer Bruce Ratner, swung a sledgehammer at a wall of Nassau Veterans Memorial Coliseum at a ceremonial groundbreaking for the renovation of the arena on Nov. 5.
Tim Baker/Herald 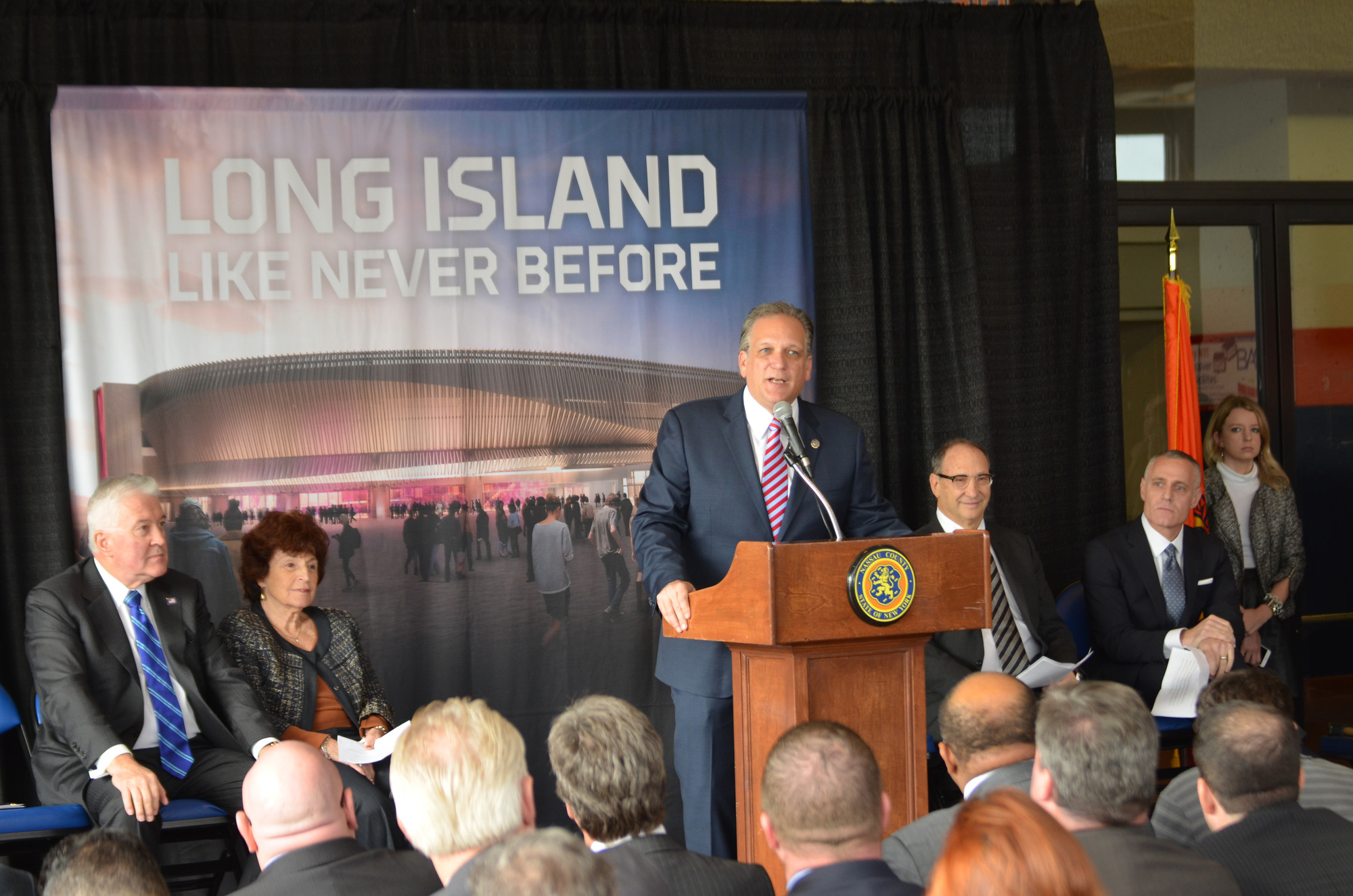 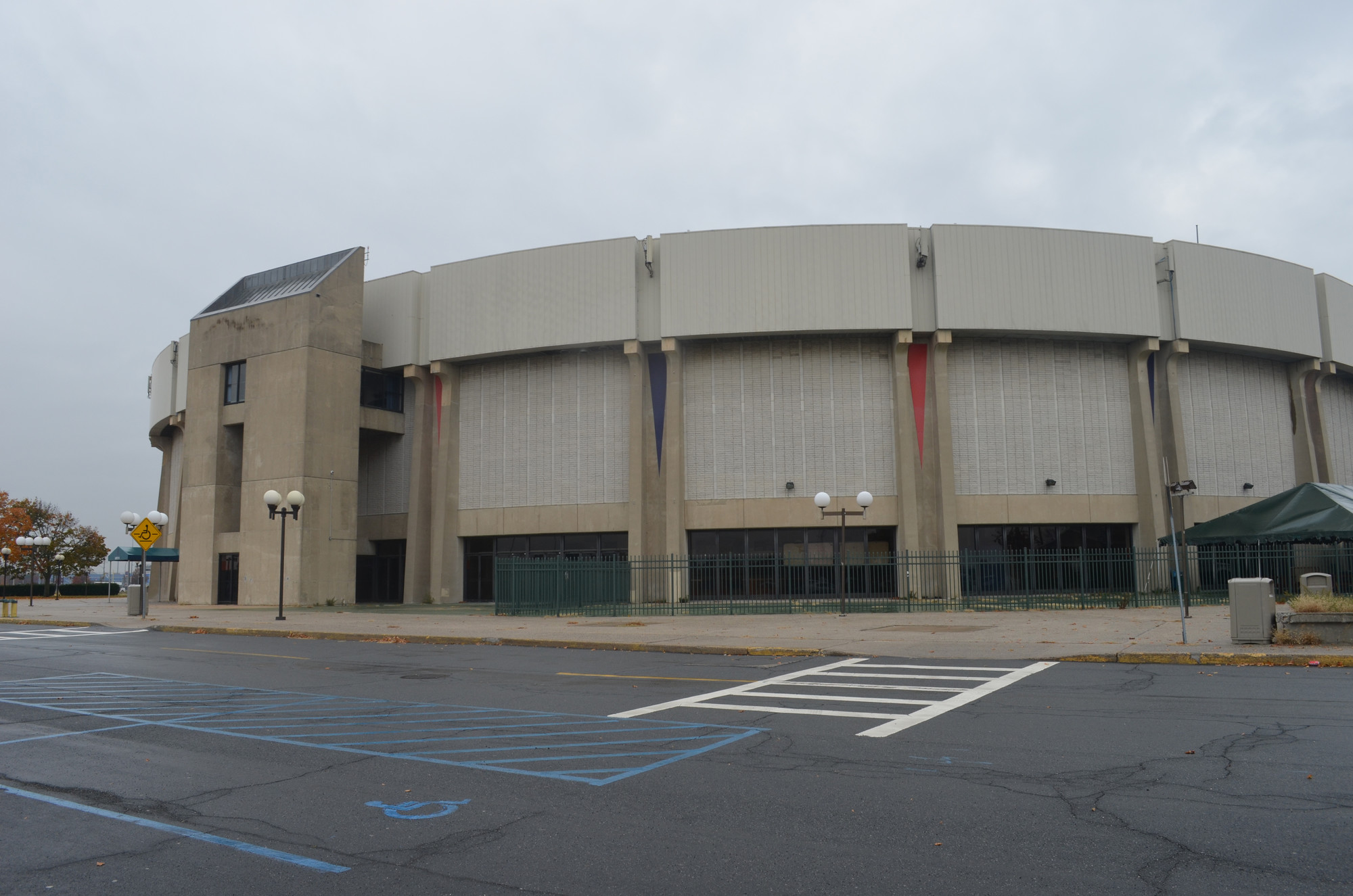 The Coliseum is scheduled to reopen late next year. The arena is located in Uniondale, a community that neighbors East Meadow.
Tim Baker/Herald
By Julie Mansmann

With the swing of a sledgehammer into one of the walls of the Nassau Veterans Memorial Coliseum, the renovation of the 43-year-old arena officially began on Nov. 5.

Nassau County Executive Ed Mangano did the honors, cracking tiles with a large smile on his face after hosting a groundbreaking ceremony. Construction began just days after Mikhail Prokhorov — a prominent Russian businessman and the principal owner of the Brooklyn Nets basketball team — purchased a majority stake in the company that is redeveloping the Coliseum.

The renovation is being spearheaded by Brooklyn real estate developer Bruce Ratner, whose company, Nassau Events Center LLC, was chosen for the project by Mangano in August 2013. On Oct. 30, Prokhorov announced that his Moscow-based company, Onexim Sports and Entertainment, would assume 85 percent ownership of NEC.

Several of the political, business and labor leaders who spoke at last Thursday’s ceremony mentioned the sale, noting that the team that built and operates Brooklyn’s Barclays Center will do the same with the Coliseum. Ratner, who retains 15 percent ownership of NEC and his position as the lead developer on the Coliseum project, said that Onexim was also an excellent partner in the Barclays Center project, with CEO Brett Yormark adding that the team looks forward to replicating “what we brought to Brooklyn and bringing it to Long Island.”

“Like at Barclays Center, we will have an exciting programming mix that will offer hundreds of annual events … at the Coliseum, there will be something for everyone,” Yormark said. “From sports to music to family entertainment to outdoor festivals and other special events, our soon-to-be-announced programming schedule will complement the local audience and bring the best to Long Island.”