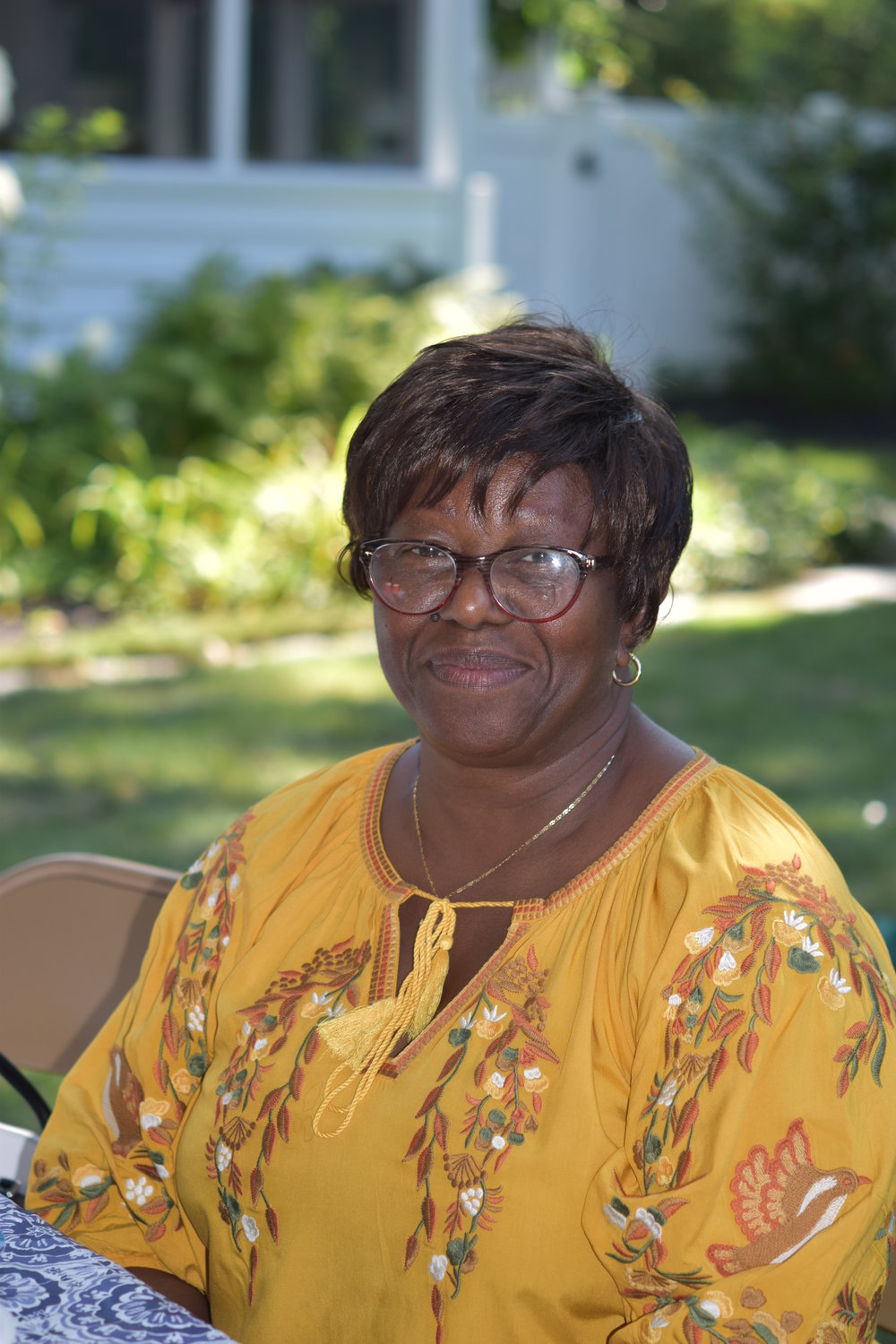 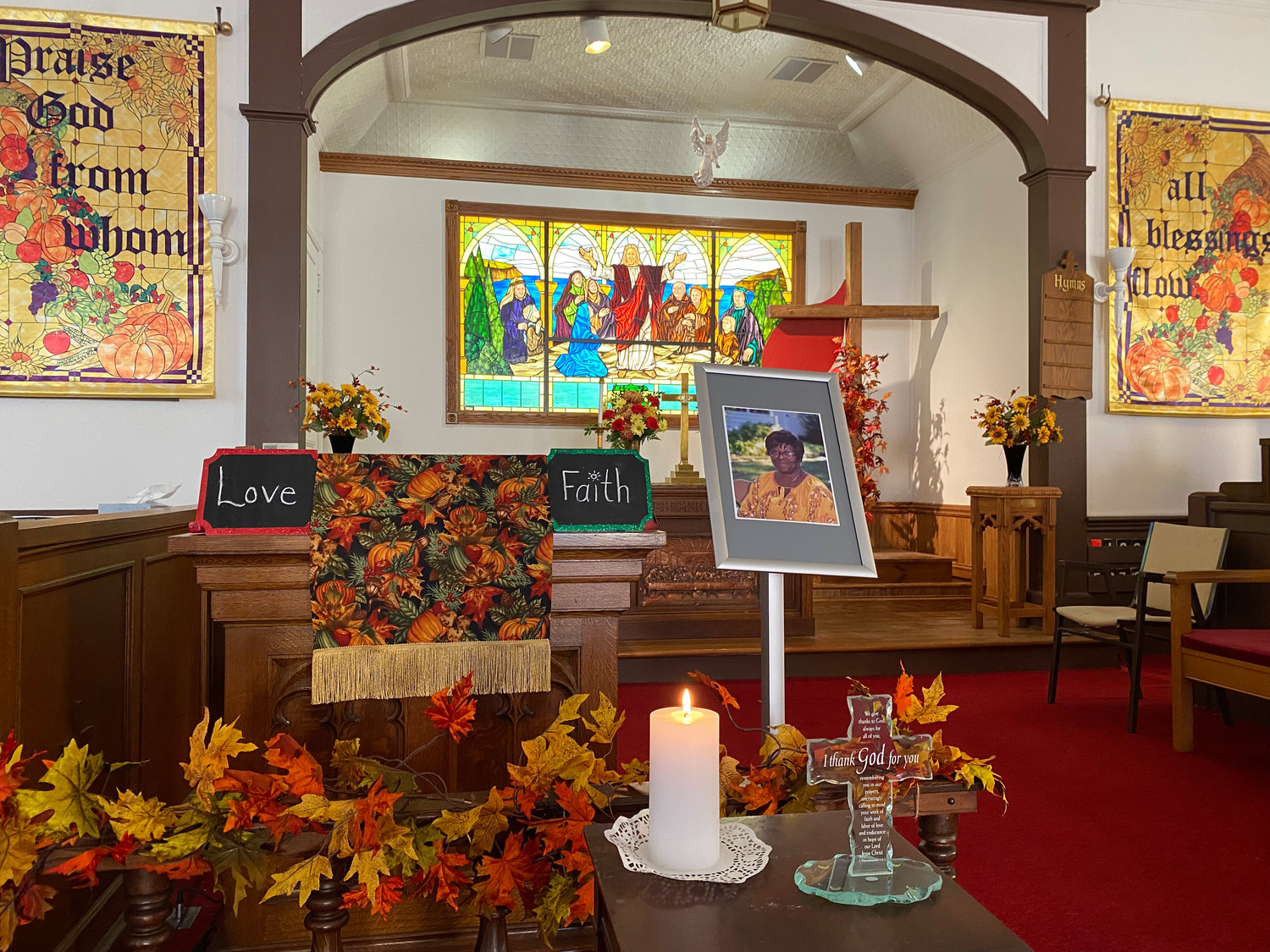 The memorial for Lobban during the Sunday Mass.
Tom Carrozza/Herald
Previous Next

She was the closest thing to a saint that I ever met.”
Rick Wolfsdorf, parishioner
By Tom Carrozza tcarrozza@liherald.com

During Sunday mass this week, the parishioners of Oceanside’s First United Methodist Church mourned the sudden death of their beloved Pastor Pearlena Lobban. Though Lobban was only in her post for four years, it was clear from the emotional service how much she meant to the church community.

Lobban died of congestive heart failure last Thursday at 68, stunning her flocks in both Oceanside and Island Park, as she held the same position at the Island Park United Methodist Church.

The Sunday mass this past weekend celebrated its most recent matriarch with both upbeat and heartbreaking hymns and parishioner participation. Michael Sapio worked with Lobban at the church and praised her use of audience participation to help the community to grow together. “She gave everyone a chance to grow,” Sapio said. “I think everybody here after four years is in a different place than they were when she first arrived.”

After the mass, Lobban’s family and flock gathered in the back hall of the church on Davison Avenue to tell stories about their personal experiences with the pastor.

Parishioner Rick Wolfsdorf said he would remember Lobban for her caring nature toward all congregants. Wolfsdorf experienced that firsthand when he suffered a heart attack three years ago and Lobban sent him video messages during his recovery. “She was the closest thing to a saint that I ever met,” Wolfsdorf said.

Lobban’s niece Latoya Francis, sister Paulette Edwards and son Edwin Hilton sat in the front pew by the altar where a photo of Pearlena sat next to a candle lit in her memory. Francis and Hilton came from North Carolina and Florida, respectively, for the service.

Hilton said his mother worked as a teacher and nurse before joining the church clergy. Lobban went to night school after teaching during the day. Somehow in between her job and education, she taught her son how to cook. “My mother’s always been hustling since she was young,” Hilton said. “Everything I’ve known and accomplished in my life was because of my mother.”

In her early years in Jamaica, Lobban assumed a motherly role from an early age, as she was the eldest of eight children. She was active in the Portmore Missionary Church, participating in the choir and street and prison ministries.

The pastor immigrated to Floral Park with her aunt in 1991 and quickly ingrained herself in the community at the South Floral Park United Methodist Church by leading prayer meetings and outreach committees. In 2000, she was encouraged by members of the Floral Park church to join the ministry.

Lobban enrolled in Bethel Bible Institute in Jamaica, Queens, before moving on to the New York Theological Seminary in 2005. In 2013, the New York annual Conference of the United Methodist Church licensed Reverend Lobban and appointed her to serve East Hampton United Methodist Church and the First United Church of Oceanside. Her dedication to both positions was shown in her two-hour drive each way every Sunday. Lobban also found a way to fit weekend visits to Rikers Island for over a decade as a phlebotomist, running blood tests on inmates.

Francis, who followed in her aunt’s footsteps and works as a teacher in North Carolina, said Lobban encouraged her to write, and so, at the Sunday service, Francis announced that she would work on a book honoring Lobban’s life.