MacArthur lights it up blue for Autism Awareness Month 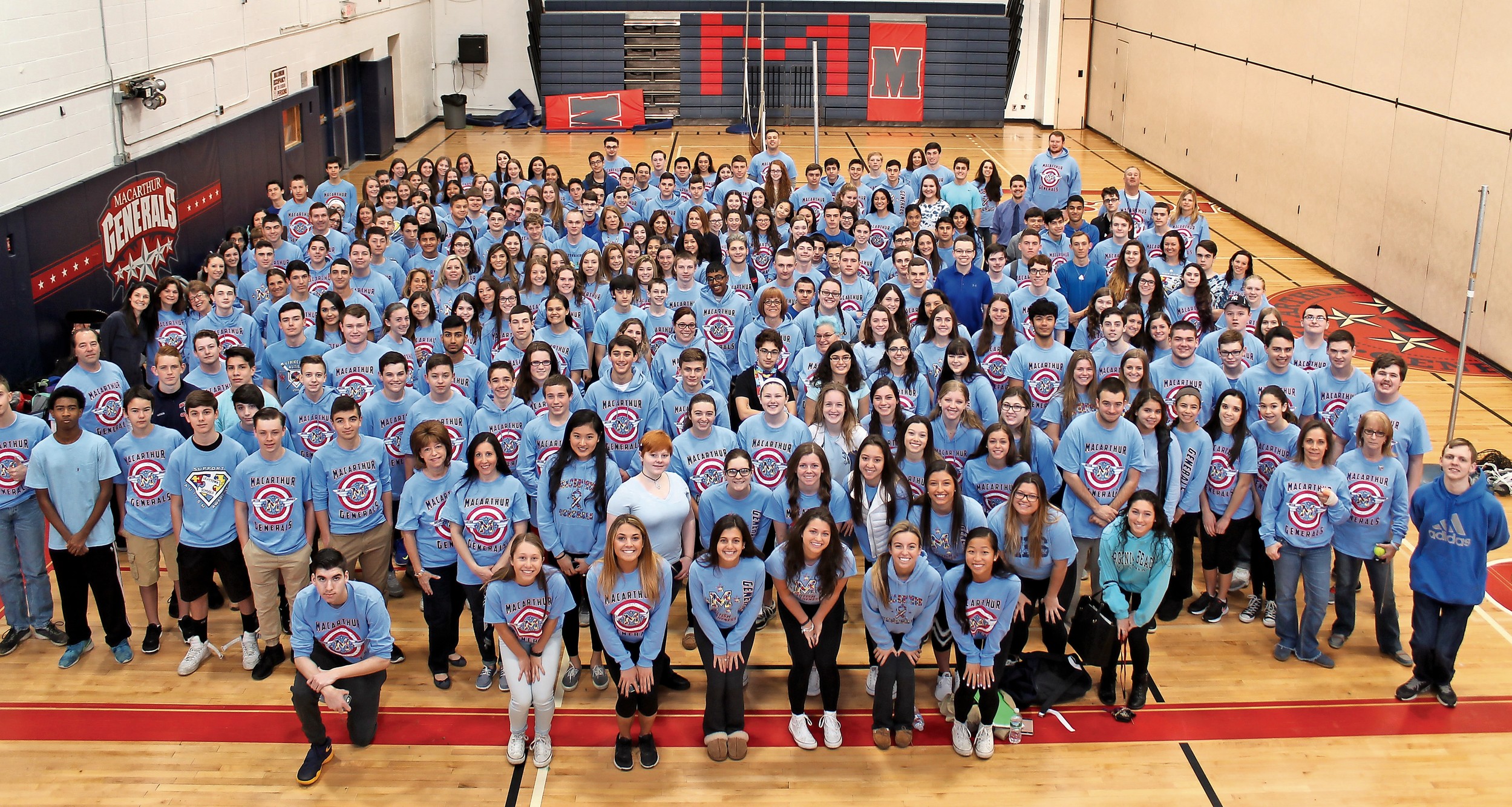 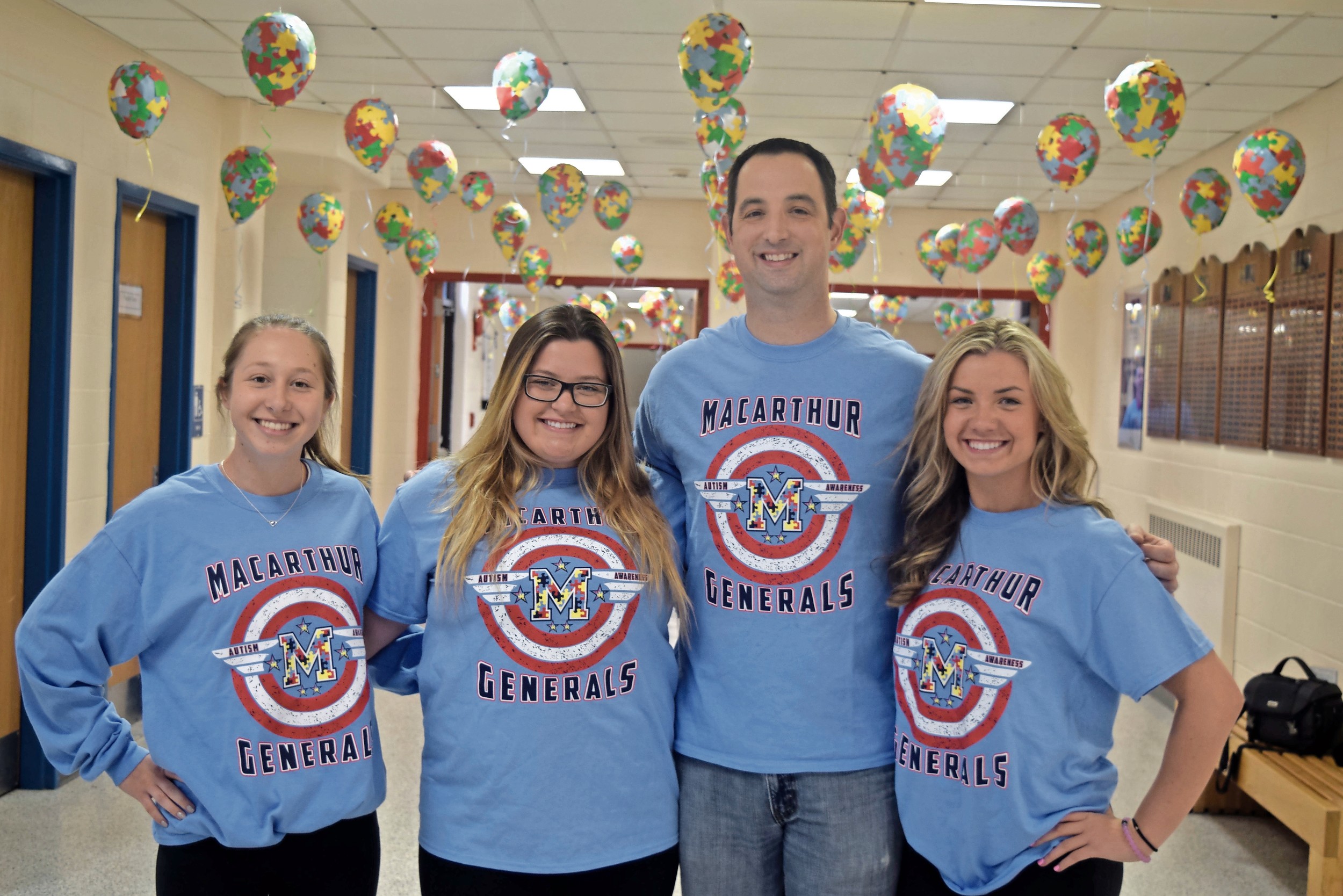 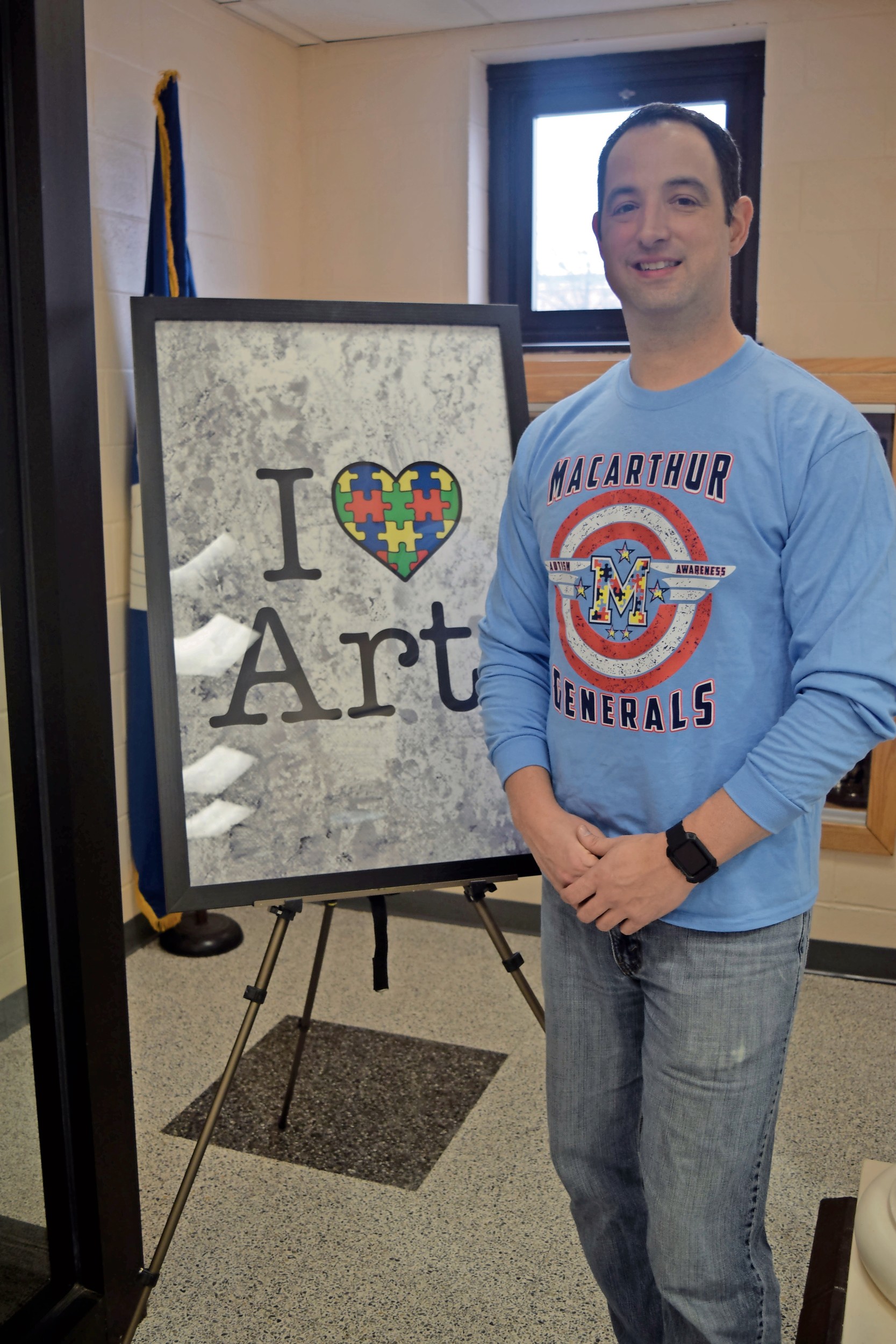 During April, the hallways of MacArthur High School are adorned with light blue lanterns dangling from the ceiling, banners with words of encouragement and puzzle piece-shaped cutouts. Although the art projects are striking, social studies teacher Vincent Causeman said, it’s the message behind them that matters most.

“As many know, people on the autism spectrum are different, just like how we have different puzzle pieces,” Causeman explained. “What’s great about it is that all of those different pieces come together to form a puzzle — and you can’t complete the puzzle without every single piece.”

In the past six years, National Autism Awareness Month activities have become part of the culture of the high school, whose students come from Wantagh, Seaford and Levittown. With Causeman’s guidance, a committee of students begins planning at the end of March, preparing for a month filled with art projects, fundraisers and educational programs about autism and related disorders.

National Autism Awareness Month promotes inclusion and self-determination for all, according to the Autism Society of America, with participants in local events and fundraisers pledging to make sure that every person with autism spectrum disorder is “provided the opportunity to achieve the highest possible quality of life.” The organization works to influence public policy, with an emphasis on education, Medicaid and employment — issues that are vital to those with autism and their families, according to the group’s website.

At the state and local levels, the Autism Society advocates for individuals and families impacted by autism. Each year, volunteers and staff from around the United States gather in Washington, D.C., to meet with elected officials and to promote a legislative agenda to improve the quality of life for those diagnosed with autism.

The MacArthur community raises money for the organization throughout April. Students sell blue T-shirts every year to benefit the charity.

On World Autism Awareness Day, celebrated annually on April 2, students and staff wear the shirts. MacArthur commemorated the day Monday, April 3, with students learning what autism is and how it affects individuals. Causeman, for instance, made a PowerPoint presentation about autism, offering it to his colleagues to share with students. Some teachers also craft their own awareness programs.

Principal Joseph Sheehan said that Causeman has been instrumental in orchestrating the autism awareness events at MacArthur. He noted that students quickly embraced the cause, making efforts to visit students in the Applied Behavioral Analysis classroom in April.

“They make the difference by becoming a part of the students’ lives who are in the ABA program,” Causeman said. He also commended the students who made Autism Awareness Month art, saying that their creativity and passion have made the project grow each year.

Senior Katelyn Politi helped transform MacArthur’s halls this year. She said that all of the fundraisers and events held at the school in April bring the community together. “It doesn’t matter what club you’re in, what sport you play or if you’re part of the theater,” Politi said. “We are all a part of it, and it keeps growing.”

Earlier this month, MacArthur hosted autism awareness lacrosse games for the boys’ and girls’ teams, at which fans could donate to the cause. The second annual Strike Out Autism baseball game will also be played on Saturday (see box).

Sheehan said that the students now help drive autism awareness-themed programs. He added that the Challenger League — a basketball organization created in 2012 for Levittown students with autism and other disabilities, who compete against their peers from other districts — enlightened many teens. “One thing I think they realized is as different as they are as similar as they are,” he said.

Dr. Tonie McDonald, the Levittown School District superintendent, said that the autism awareness campaign is dear to the community’s heart. “Children on the autism spectrum have a different world view and require different teaching techniques in order to reach their full potential,” she said. “I am so grateful for the relationships we have fostered with our teachers, parents and students to provide the best quality education for our students.”

Causeman said that school can be difficult for children and teens with autism disorders. But at MacArthur, he explained, teens know the students in the ADA program by name and give them high-fives when they pass them in the hall.

“This isn’t over just because people wear blue,” he said. “I feel confident every year that when my kids get to school, they are going to be treated with acceptance, understanding and compassion. The more awareness there is, the easier it will be for people to do that.”