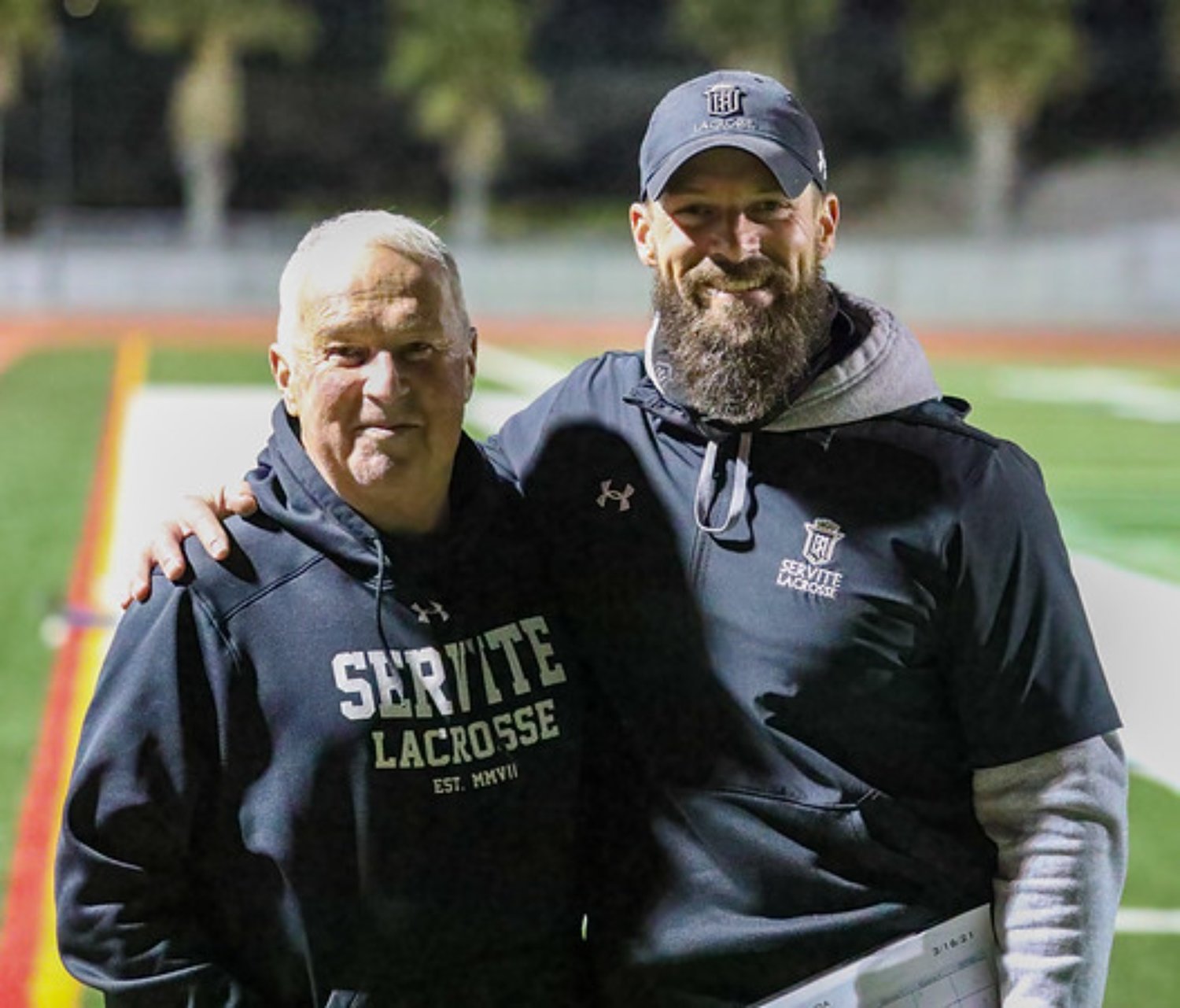 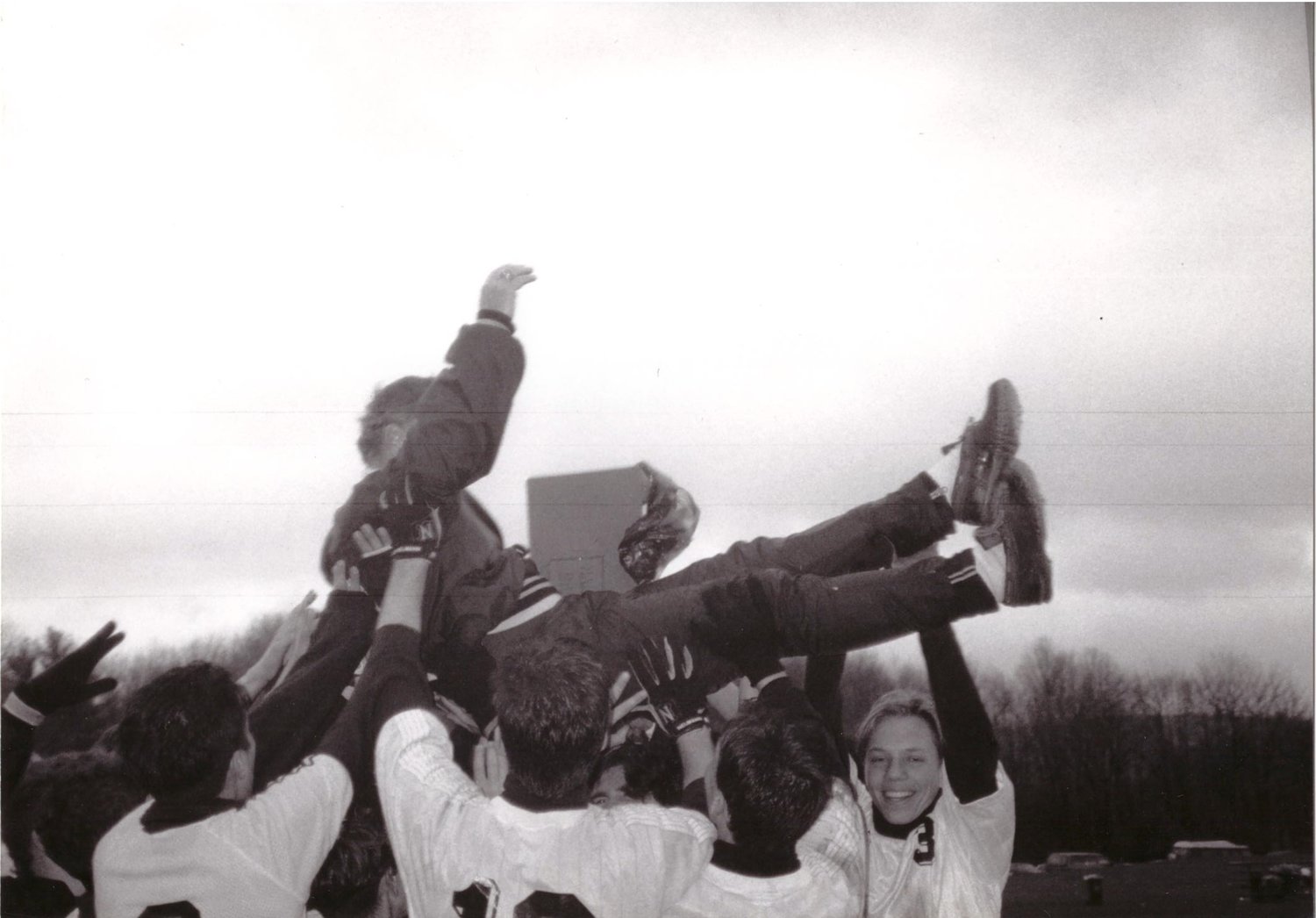 Players and assistant coaches carried O’Leary off the field after winning a state soccer championship. O’Leary’s successor, Tom Liguori, is on the right in the #3 jersey.
Courtesy/Wantagh School District 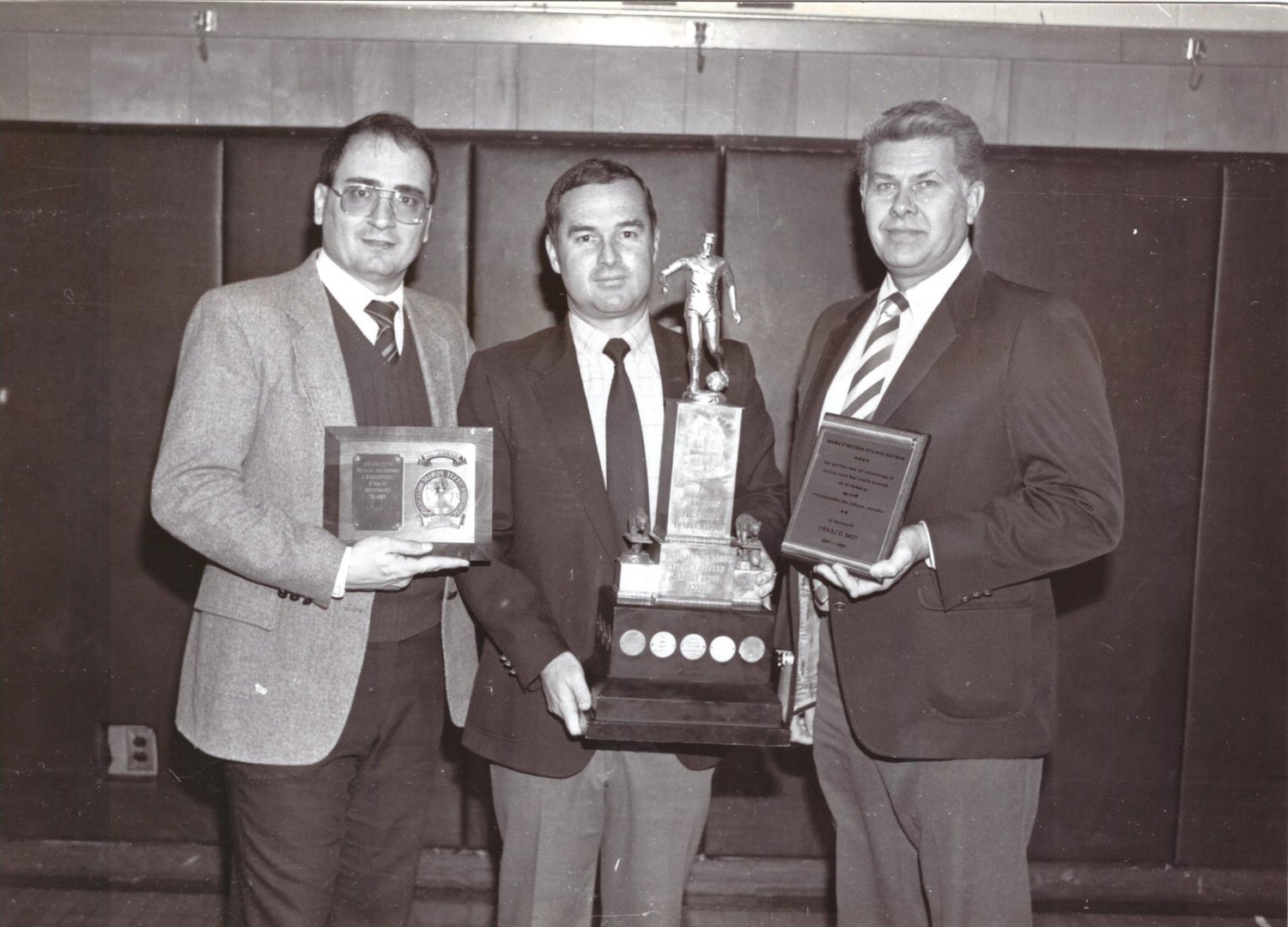 Tom O’Leary, described as a legend in the Wantagh community who taught physical education and coached boys’ varsity soccer for 34 years, died in his Huntington home on June 12. He was 75.

O’Leary led the Wantagh High School soccer team to state championships in 1992 and 1993. He also served as an assistant coach for the boys’ varsity lacrosse team.

John Cuiffo, a retired teacher from Wantagh, described O’Leary as a “great friend and mentor,” and said that he couldn’t have asked for a better role model in Wantagh.

“Tom and I used to joke around that we never worked a day in our lives,” said Cuiffo. “And it’s thanks to the kids at Wantagh that he felt that way.”

According to Cuiffo, O’Leary was respected both on and off the field, encouraging Wantagh students to always play hard for him. The students always knew how deeply O’Leary cared for them, Cuiffo added.

Cuiffo’s favorite memories of O’Leary were when they would travel with the team, most notably to Buffalo and Oneonta, and sometimes as far as Colorado.

“He really looked out for me when I was a varsity assistant,” Cuiffo said. “It was a match made in heaven, and it was an honor to coach alongside him for as many years as I did.”

Even after O’Leary and Cuiffo both retired, they kept in touch, talking on a weekly basis. Cuiffo said that he thought of O’Leary as family, and added that they considered their athletes family as well.

Wantagh’s former superintendent, Carl Bonuso, said that the impact O’Leary left in Wantagh would be felt for years to come.

“Tom was a true gentleman,” Bonuso said. “He was kind, he was compassionate, and he was decent. He was totally devoted to both his personal family and his school family.”

Bonuso added that everything O’Leary did was for his students, fondly recalling walking through the hallways of the schools and always seeing a smile on O’Leary’s face.

“He loved being a part of making young people become everything they could, realizing their potential,” Bonuso said. “When he coached students, it didn’t matter if they were already a star or just beginning the sport, he always gave them his all.”

Bonuso said he feels that O’Leary’s legacy is a realization that everyone has the potential to be special. “Everyone felt special when they were around Tom,” he said. “So while he’s been retired for some time, that legacy is still alive in Wantagh through the people who knew him. My title was superintendent, but this guy was Superman.”

Craig Washington, a former student and protégé of O’Leary, also fondly remembered the coach. Washington played soccer for Wantagh High School and then Division I soccer at Hofstra University. Washington followed in O’Leary’s footsteps and is now a physical education teacher and soccer coach at Riverside Middle School in Greenville, S.C.

“I can recall what he said to me when I first became a physical education teacher,” Washington said. “He said, ‘I know you always wanted to be me, Bean. Congratulations!’ But no one can ever be him.”

“Bean” was Washington’s nickname when he played under O’Leary at Wantagh.

Washington also emphasized that O’Leary always put others first, and said that O’Leary instilled a sense of gradual growth into his students.

“It’s not about quick wins or fixes but a focus on continual development over time,” Washington said.

O’Leary’s successor at Wantagh, Thomas Liguori, played under O’Leary back in the state championship days and is now a physical education teacher and soccer coach at Wantagh.