Rock and Wrap It Up gives back in Lawrence 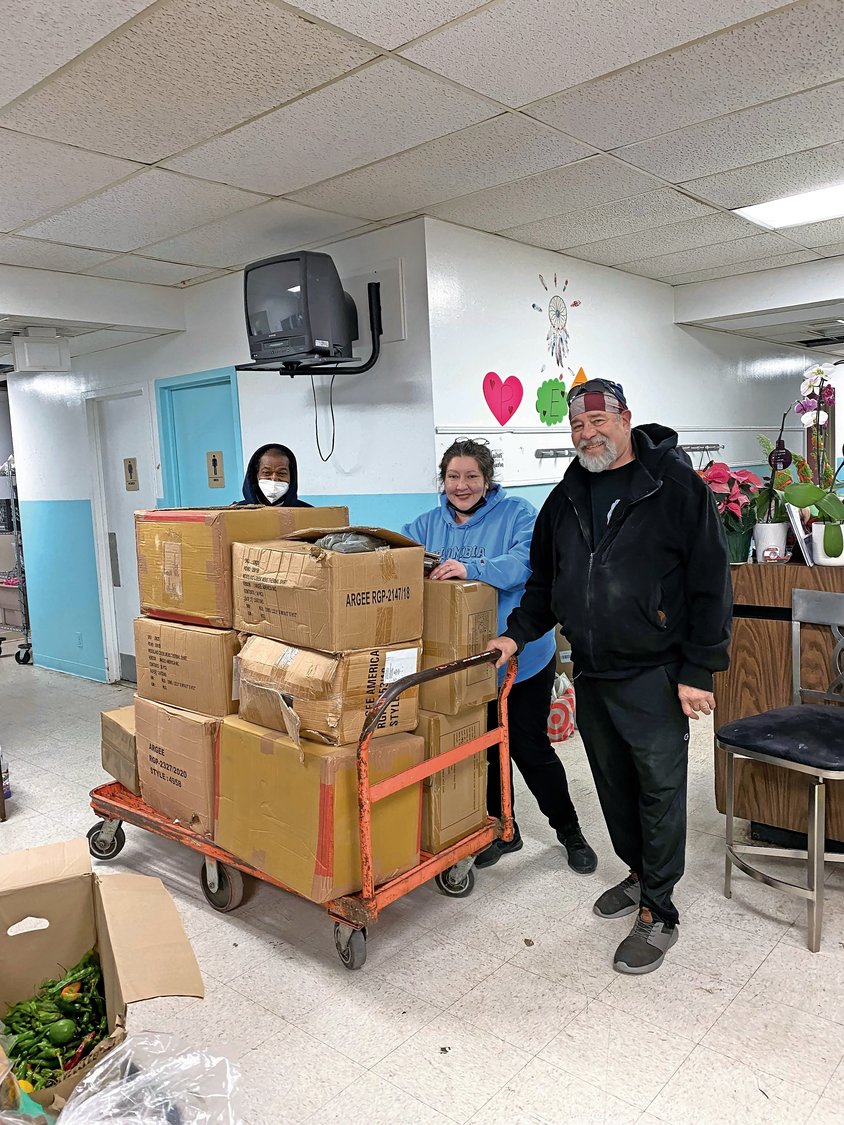 Luis Alvarez, a member of United Methodist Church of Sheepshead Bay, far left; Sasha Young, director of Gammy’s Pantry in Lawrence; and Syd Mandelbaum, founder of Rock and Wrap It Up, prepared for the Christmas Eve event at the Five Towns Community Center.
Courtesy Rock and Wrap It Up 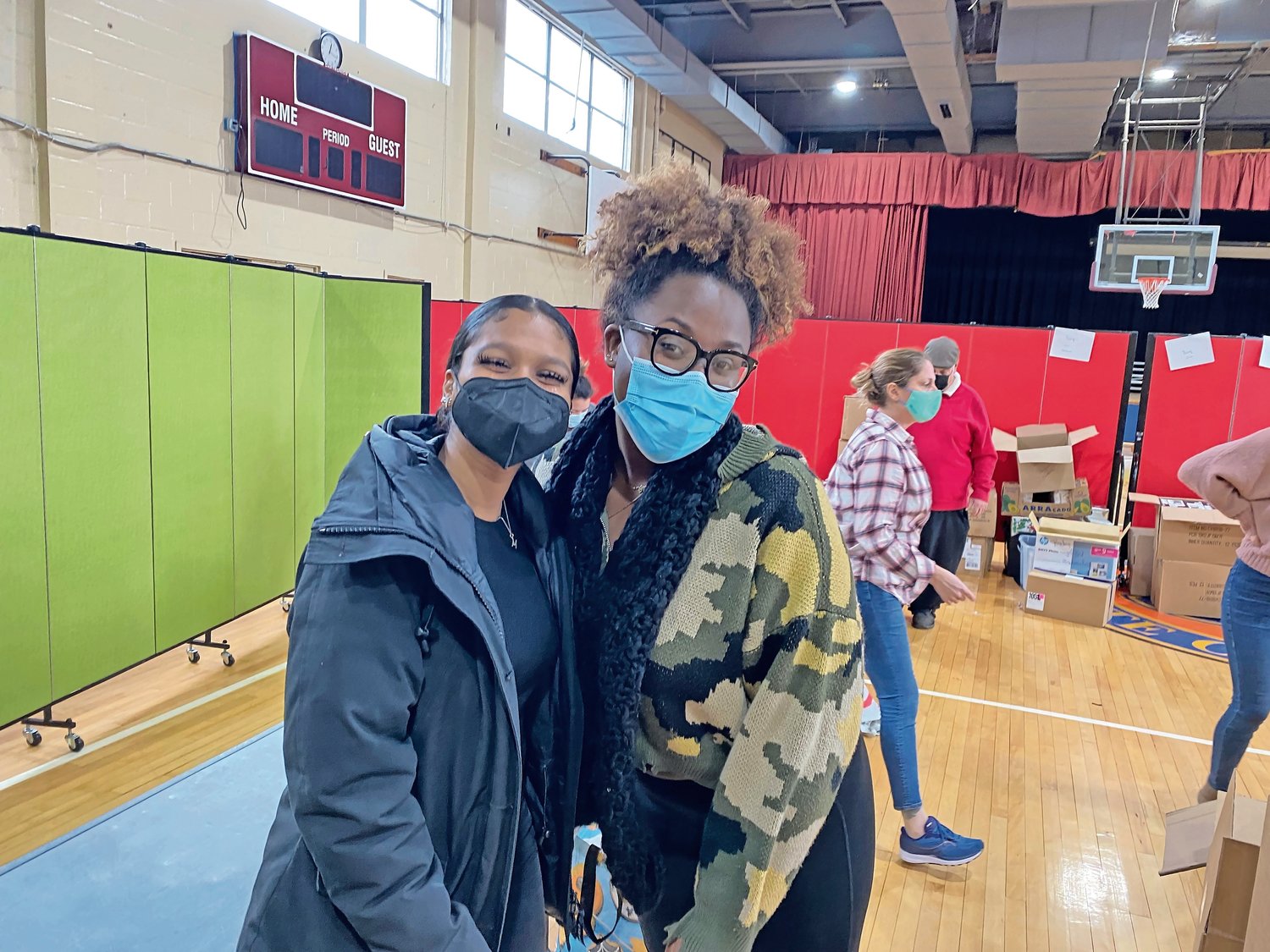 Rock and Wrap It Up, the Cedarhurst-based food recovery and anti-poverty think tank, staged its 31st annual Gift Giving on the morning of Dec. 24, and Gammy’s Pantry, of Lawrence, had its third annual Three Kings Day on Jan. 6 and 7. The organizations teamed up for the events to give back to the community.

RWU distributed over 10,000 gifts, 8,300 of them donated by Publishers Clearing House in Jericho, a partner with the nonprofit for nine years, and the rest donated by other businesses, clubs, school organizations and individuals.

Volunteers played a major role in the giving effort, wrapping presents a week before at the Woodmere firehouse, where RWU has been wrapping gifts for 14 years.

On the morning of the RWU event at Gammy’s Pantry, housed in the Five Towns Community Center, at least 270 families came out, and volunteers worked to accommodate them over the course of nearly eight hours, averaging one family per minute, Syd Mandelbaum, founder of RWU, said.

Five tables were set up, and managed by RWU and Gammy’s volunteers, in the gym of the community center, and gifts were categorized by children’s gender and age. There were over 6,000 adult gifts as well, such as winter clothing. Each family was given eight to 10 gifts, depending on how many children there were.

Many of the families who came to the pantry spoke only Spanish, but bilingual volunteers helped bridge the language barrier. At least a dozen women burst into appreciative tears when they received the donations, Mandelbaum said. “It takes a village to feed a village,” he added. “It’s a labor of love.”

Mandelbaum offered a prayer before starting the event, which he described as God’s work. “We are his people on earth for that day, trying to share as much joy and love as possible,” Mandelbaum said.

RWU does not require families to show proof of need to receive donations, because Mandelbaum believes that is unnecessary. “We’re blessed to have that large amount that we can give to any and everyone that walks through the door,” he said.

Saul Lerner, an RWU board member and a volunteer for 20 years, noted the success of the event. “We helped a lot of people,” Lerner said, “and that’s the name of the game.”

The giving was done in the Rockaways for 20 years, but RWU has hosted the event in Lawrence for the past two years, and there was a significant increase in the number of participants this year, Lerner said, adding, “I’m hoping next year even more people know about us, because we have plenty of stuff for people who need it.”

Two weeks later, Three Kings Day brought nearly 550 families to the community center, where they received at least 1,000 toys and 1,000 adult gifts from RWU, and hundreds of food items from Gammy’s Pantry.

Gammy’s hosted two other events in the holiday season, separately from RWU. They celebrated Hanukkah, Kwanzaa, Christmas, the Epiphany, the legend of La Befana and the 12 Days of Christmas.

“It is very important to us, living in such a rich, culturally diverse area, to be inclusive, and to celebrate each other’s ideals and special events,” the pantry’s director, Sasha Young, said.