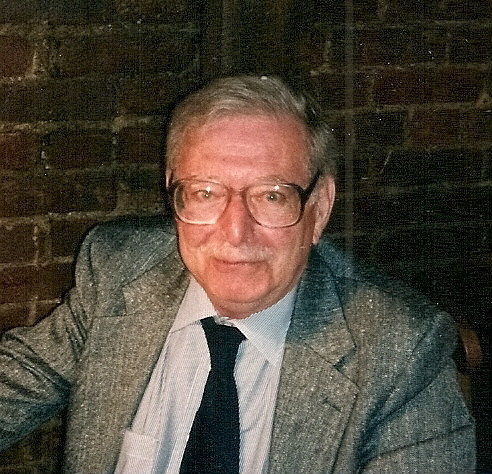 Born in Manhattan, Larry and his family moved to Plymouth Road in Rockville Centre in his youth. He attended Wilson Elementary School and South Side High School. His father built a house on Bulson Road in which he never lived, as he was one of 32 people killed in a Long Island Railroad train accident in Rockville Centre in February 1950. His father was one of the founders of Temple B’nai Sholom, which recently merged with Congregation Beth David.

When soccer was first introduced to Rockville Centre, Larry volunteered to be a coach. He learned the game from reading a book about it and became a noted coach. His team was once given the honor of playing at the Coliseum during the half time of a game. He couldn’t participate because the game was being played on a Saturday (Sabbath), but he said that he wouldn’t object if the team went because he knew how important it was to the players. The team informed him that they decided not to go, in respect to him.

Larry attended the Philadelphia Textile Institute. His father wanted him to join him at M. Weil, a men’s clothing manufacturer. His sales territory was New York City. Larry never had his heart in that job and later switched to a profession that he had long preferred, enjoying his work and becoming very successful.

Larry was a stockbroker for 55 years and developed close relationships with clients who became his good friends. He had remarkable integrity. His interest in the market started at the age of 13, when he began reading the stock reports in the New York Times.

His hobbies were horticulture, fishing, and carpentry, but his highest priority was his family — his wife, children and grandchildren. His dog, Benji, was a devoted friend.

His family wishes to offer a special thanks to the Hospice of New York for their kindness and the compassionate care they provided.

Charitable donations in Lawrence Ellner’s memory made be made to the UJA, Simon Wiesenthal Center, Southern Poverty Law Council, Hadassah, AIPAC, CAMERA, American Lung Association or a charity of your choice.