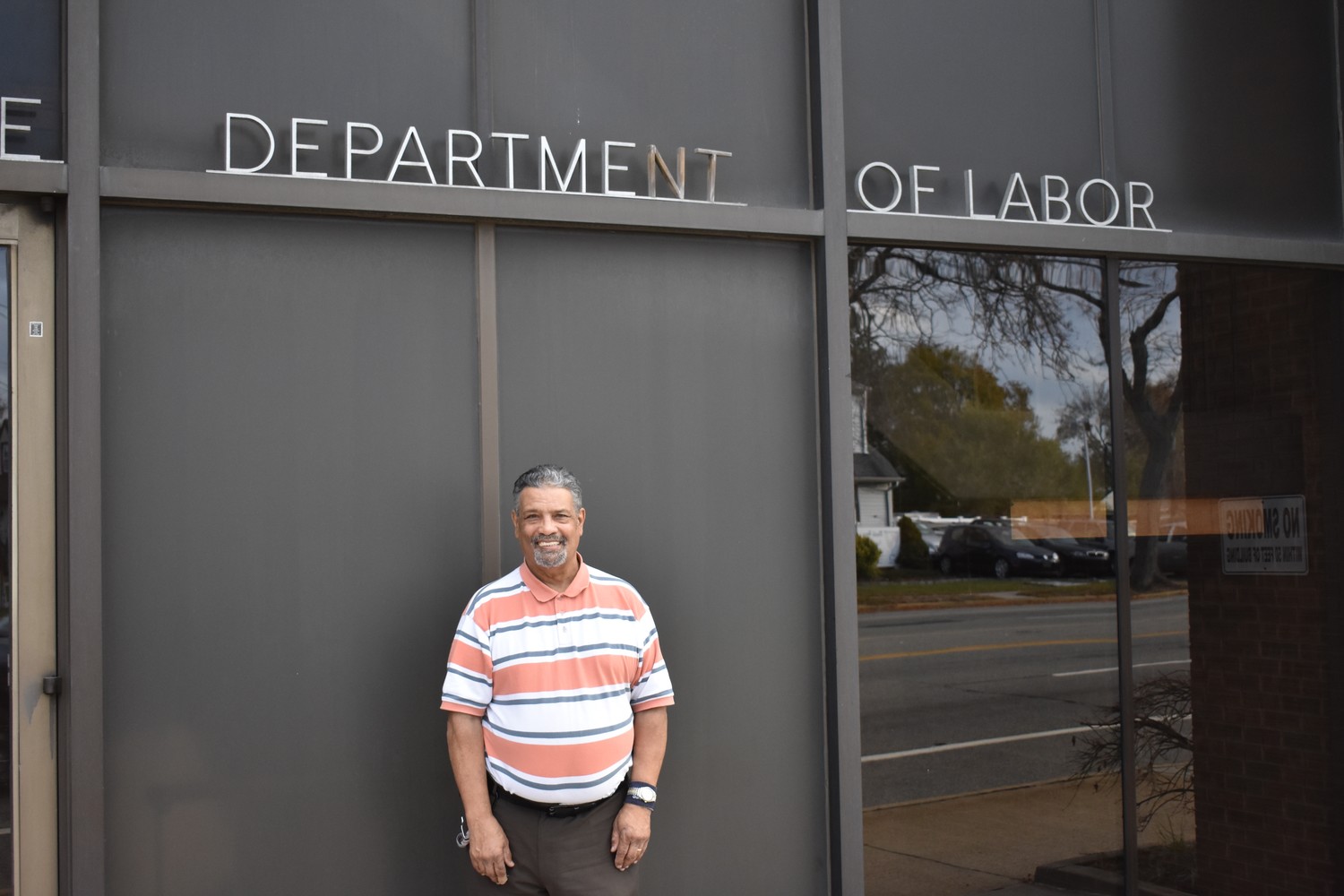 Joseph Forte landed his dream job at the New York State Department of Labor’s Hickville Career Center in 2009, and has worked hard there as a custodian.
Ben Strack/Herald
By Ben Strack

Rockville Centre resident Joseph Forte, who was diagnosed with a developmental disability as a young boy, was recently honored as a recipient of the William B. Joslin Outstanding Performance Award, granted to 58 hardworking people this year by the New York State Industries for the Disabled.

“Oh man, I was happy,” he said excitedly about finding out he had earned the award, beginning to laugh.

The NYSID — with a mission of advancing employment and other opportunities for people with disabilities — has recognized 700 individuals, each with a unique story, with the distinction since 2004.

Forte, 72, who has worked as a custodian for the New York State Department of Labor’s Hicksville Career Center since 2009, was born and raised in the Bronx, and moved to Uniondale in his late teenage years. Preferring to work with his hands, he sought support from AHRC Nassau — formerly the Association for the Help of Retarded Children — a nonprofit that, through its workforce division in Freeport, offers pre-vocational services to teach people job-related skills through local volunteer work and then through supported employment.

After years of working various jobs, he sought help from AHRC Nassau, and, about 10 years ago, began working on the production floor of the organization’s Freeport workshop.

He collaborated with an employment training specialist and landed his dream job at the DOL, where he cleans the restrooms and refills the paper towel and soap dispensers. “I like the people here,” Forte said. “Lots of friends!”

“Joe does a good job in maintaining the cleanliness of the office,” said May-Whei Lin, employment services manager for the New York State Department of Labor. “He loves his job and is always very cheerful when he reports to work every day. Joe is friendly and renders his help when we need assistance in the building. Joe is well-liked by the people at the career center and it is a pleasure to see him every day.”

AHRC Nassau has given Forte stability in his life, according to his co-workers, in more ways than one. In addition to loving his job, Forte met Kerry Cunningham at the organization’s family picnic. The two got married in 2010 and live together in Rockville Centre.

Cunningham, who works for AHRC’s Café 230, which prepares food for executive events and daily Meals on Wheels deliveries to local seniors, said she was happy to hear about her husband being honored. “I was like, ‘Whoa, good for you; you go, Joe!’” she said. “He was absolutely thrilled … and I was proud of him.”

Cunningham added, “Joe would give you the shirt off his back. That’s how good-hearted my husband is.”

Geralyn Greco, an employment training specialist who has worked with Forte for the last year, said he creates crafts at work and hands them out as gifts. “He likes to stay focused and help others through his work, but also truly cares about the people in his life, both inside and outside the office,” Greco said. “… I always look forward to seeing Joe. His positive attitude is infectious.”

AHRC Nassau is part of a family of organizations, including AHRC Foundation, Citizens Options Unlimited and Brookville Center for Children’s Services, which offers lifelong support to more than 4,000 people.

“We’re proud of the work produced, but also believe that greater equality and inclusion for people with intellectual and developmental disabilities requires greater presence out in the community,” said Justin Dantzler, director of business and employment development at AHRC Nassau. “It’s there that the idea of disability fades and becomes what is should be — people sharing a common work experience.”