Greta Ohanian beat cancer, and is ready to help others do it 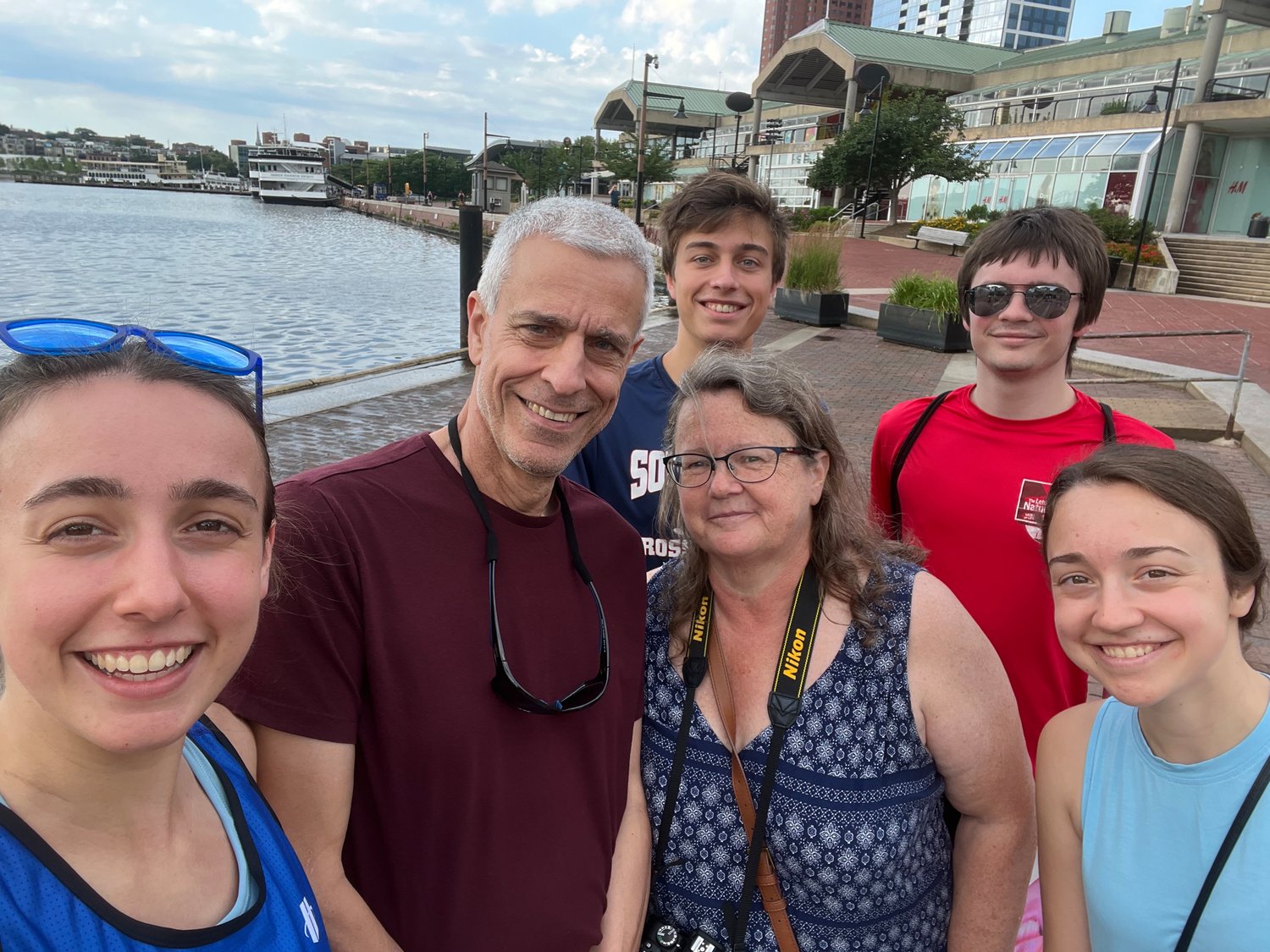 Greta Ohanian, far left above, with her parents, Daniel and Ginnie, and siblings Charles, Todd and Grace before the 4K for Cancer run in Baltimore’s Inner Harbor.
Courtesy Greta Ohanian 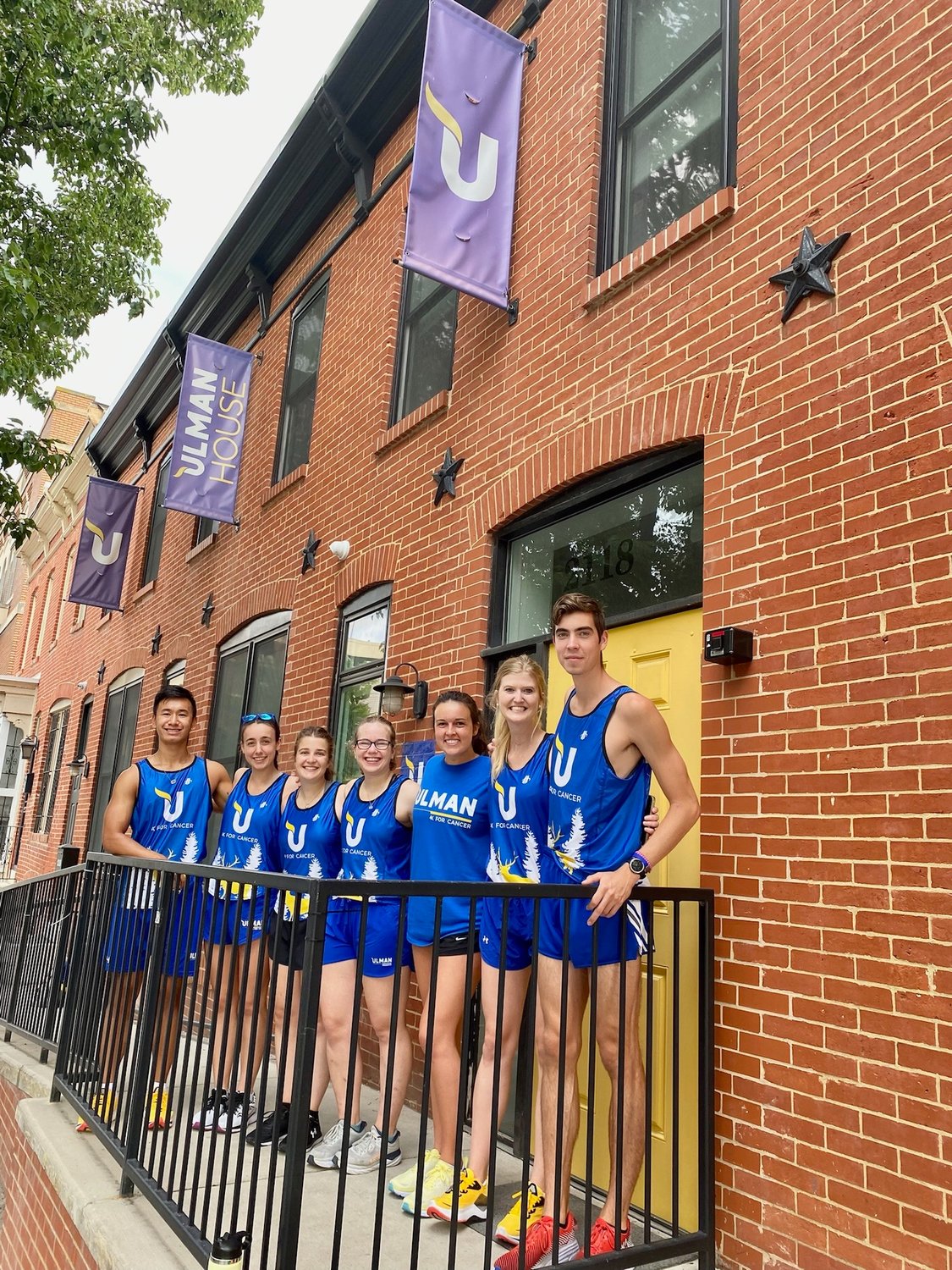 Rockville Centre native Greta Ohanian has already beaten cancer, and now the South Side High School alumna is embarking on a 4,000-mile cross-country run over the next month and a half during which she will tell her story and lend a hand at cancer centers from Baltimore to San Francisco.

On Sunday, Ohanian and her seven-person team started their run from the Inner Harbor in Baltimore, the home city of the Ulman Foundation, which created an event called the 4K for Cancer. Ohanian and her teammates held hands in a “dedication circle” for those who are fighting or have fought cancer, as they will at each stop of the journey, and then dipped their toes into the Chesapeake Bay.

Ohanian, 24, was diagnosed with Hodgkin’s lymphoma in 2015, when she was a senior in high school. She was a member of the cross-country team, and had noticed that her times had begun to slow. “I was trying in my races and workouts, but I was getting a lot slower,” she recalled, blithely adding, “It turns out I just had a couple of tumors in my body.”

She underwent cancer treatment at Winthrop University Hospital, and has been cancer-free for six years. She has been involved in the St. Baldrick’s program, in which participants volunteer to shave their heads and donate to the cancer fund, since 2016.

“She was profoundly affected by her own experience, but also the experiences of those in the clinic,” Greta’s mother, Ginnie Ohanian, said. “They’re all rooting for each other, and everybody’s process affects the other patients.”

The 4K for Cancer was first organized in 2001, by students at Johns Hopkins University in Baltimore, and was acquired and expanded by the Ulman Foundation in 2011 to include runners from all over the country. Since then, the event has raised more than $7 million for cancer research and treatment.

Ohanian found out about the program on Facebook two years ago, and figured it would be the perfect fit for her, given her love of running and her experience with cancer. Her cross-country journey is two years in the making: She was set to make the run in 2020, before the program went digital because of the coronavirus pandemic. But she has taken full advantage of the down time, running long distances through the village regularly.

Daniel Ohanian, Greta’s father, cited his daughter’s energy as key to her decision to dedicate her time to those dealing with cancer. “I’m envious of her energy,” he said. “She’s got enough energy for three people. I don’t think she has limits.”

At a send-off event on the village green on Maple Avenue on June 20, Ohanian’s family and friends gathered to see her off with a ceremony that her former Centre Stage teacher Ellen White described as a “big hug” from the village. White and Kathy Baxley, vice president of outreach at the Rockville Centre Breast Cancer Coalition, helped organize the event.

“A lot of times when you’re doing a big run, you start to feel like you’re alone out there,” White said at the gathering, and then told Ohanian, “Just know that we’re all with you.” The few dozen attendees then joined Greta on a quick jog through the park.

While attending South Side, Ohanian worked with White in the inclusive theater program Centre Stage.

Baxley recalled seeing Ohanian taking part in the Centre Stage program while she was still being treated for cancer. As someone who has tried to bring cancer awareness to the village through the coalition, Baxley said she was excited to see Greta’s story spark hope in those who are dealing with the disease.

“With what she went through, the fact that she can take that and create something positive out of it is amazing,” Baxley said. “She’s taking her experiences and helping someone else get through it.”

Baxley, who is also Rockville Centre’s deputy mayor, was joined by Mayor Francis Murray and village Trustee Katie Conlon to present Ohanian with a proclamation.

In addition to the work Ohanian will be doing to focus on cancer patients across the country, she is also raising funds for the Ulman Foundation’s work with young adult cancer patients. Donations have already passed the initial goal of $6,000, and will be welcomed as Ohanian continues her trek.