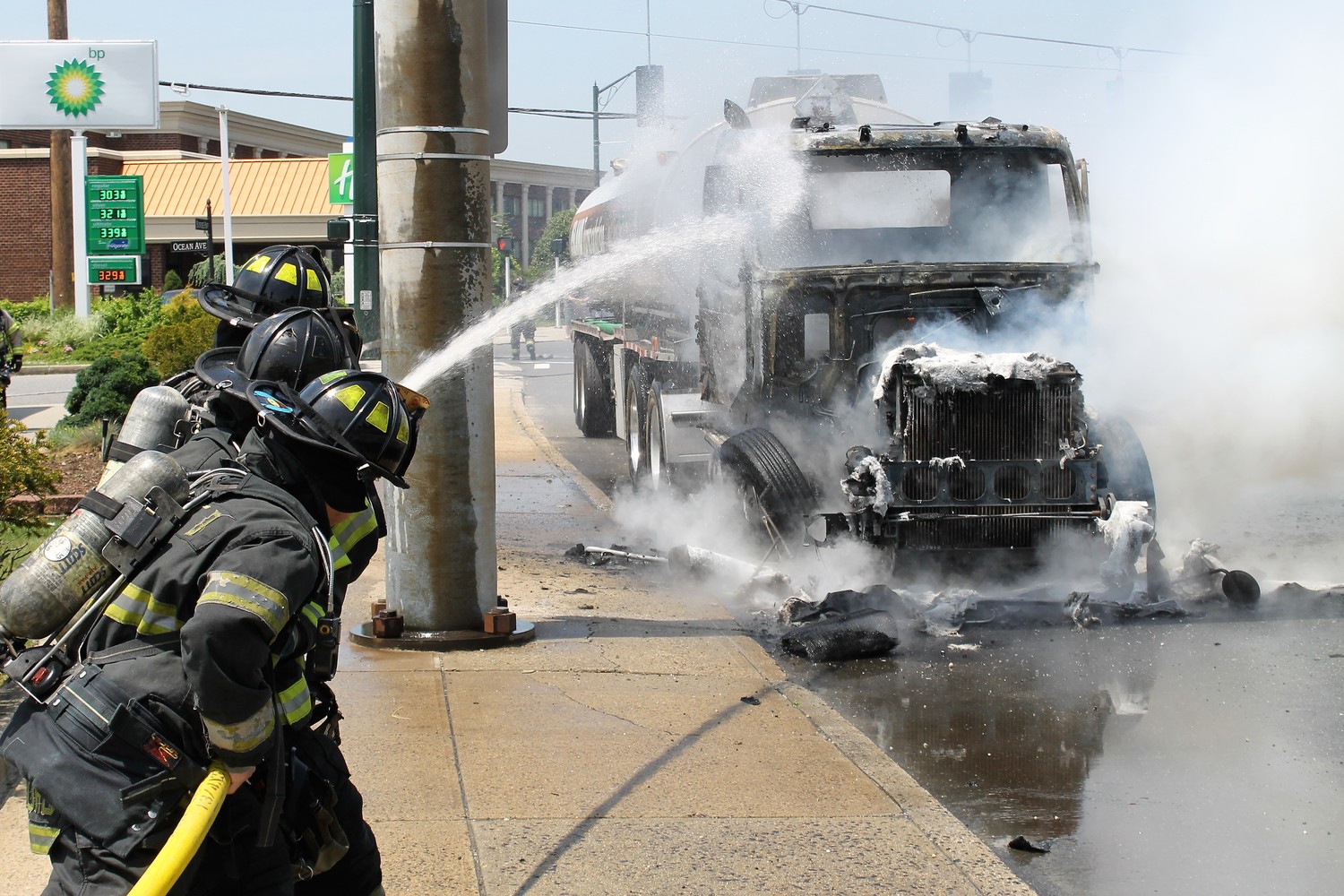 At around noon on Tuesday, a tanker truck caught fire on Tuesday morning at Sunrise Highway and Ocean Avenue.
Courtesy Steve Grogan 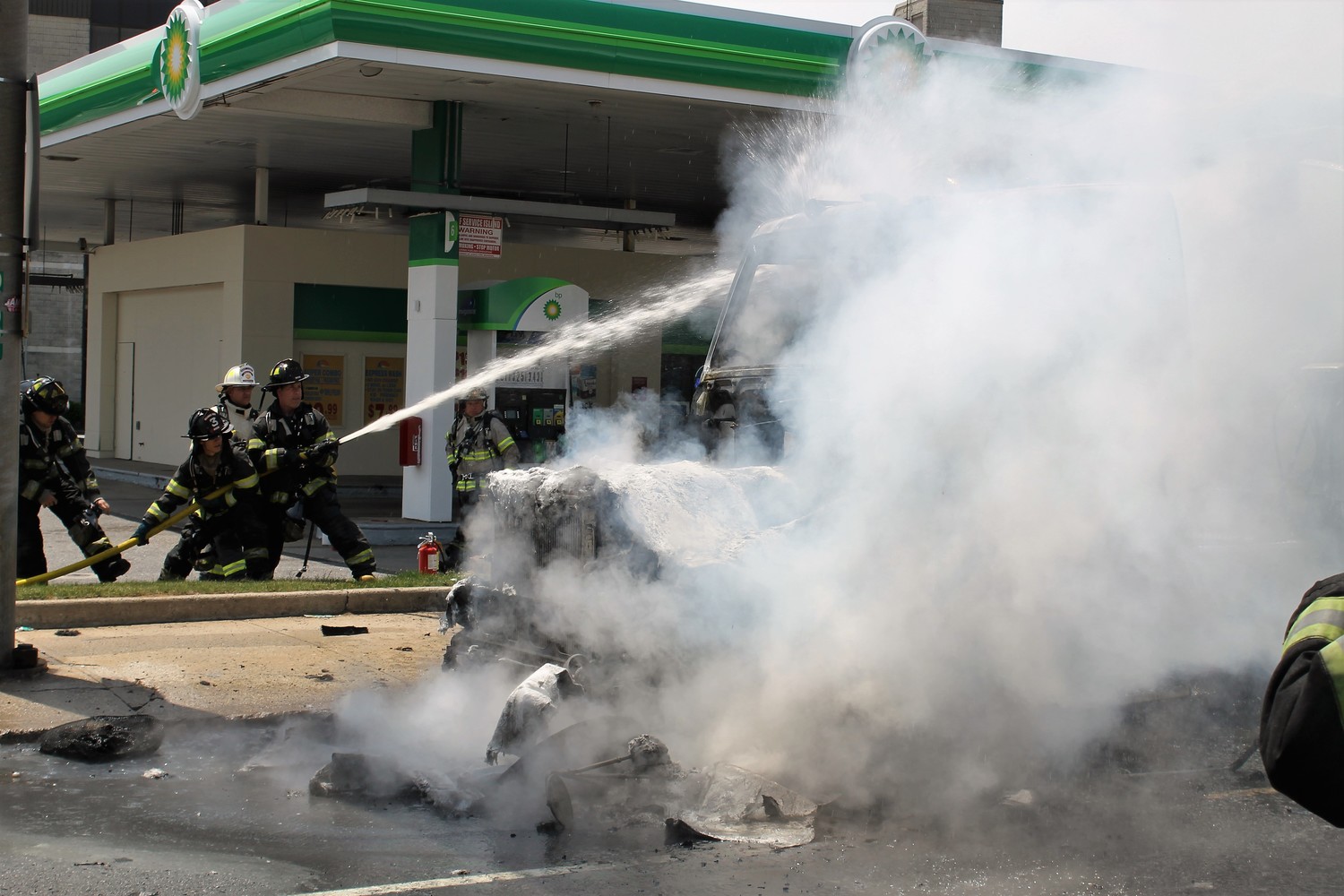 Firefighters from the Rockville Centre and Lynbrook fire departments were on the scene for about an hour.
Courtesy Steve Grogan 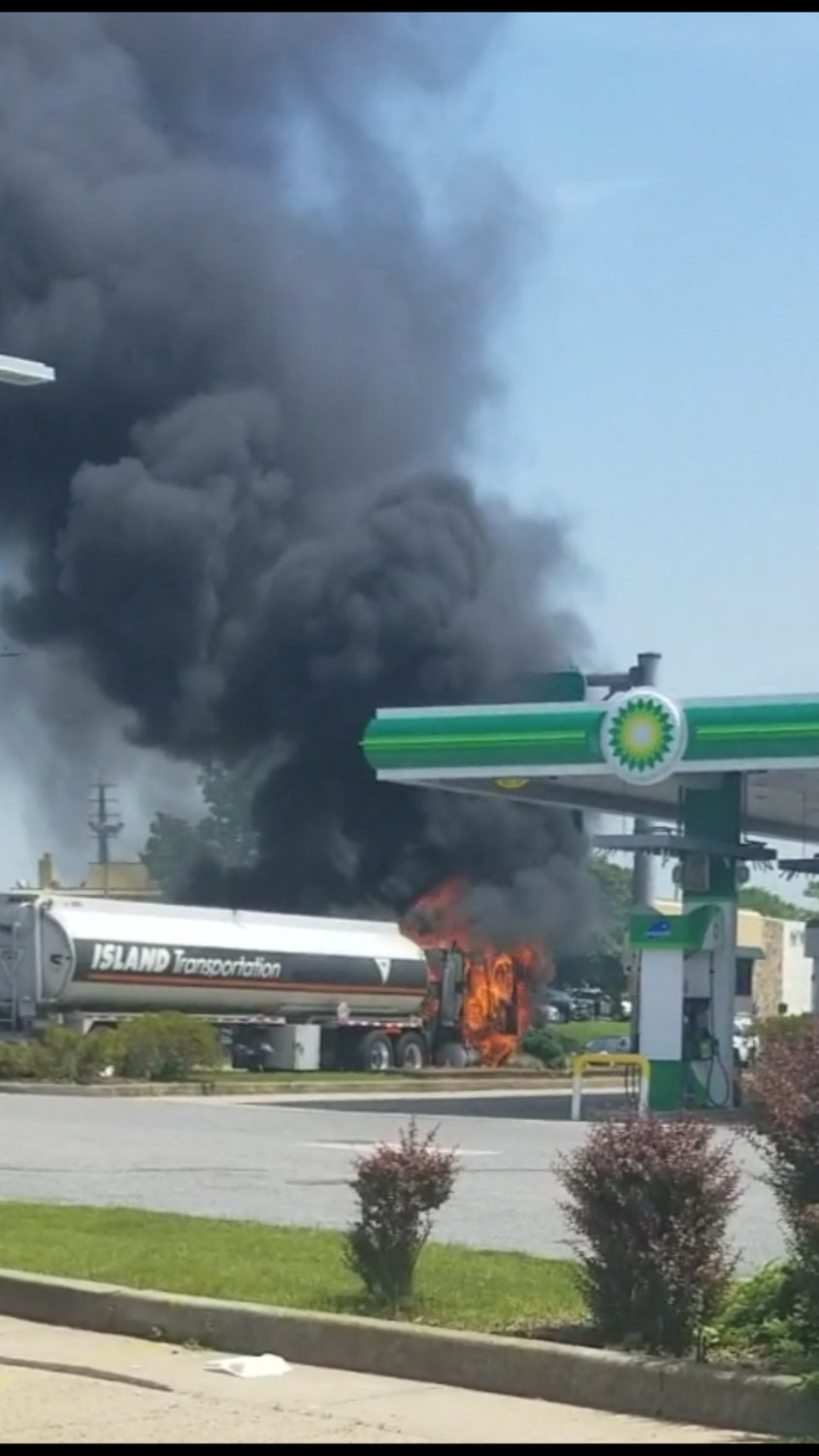 A cloud of smoke from a blazing truck could be seen from a distance.
Courtesy John Scalesi
Previous Next
By Matthew D'Onofrio

Firefighters rushed to the intersection of Ocean Avenue and Sunrise Highway on Tuesday after a tanker truck carrying thousands of gallons of gasoline spontaneously combusted.

At noon, the cab of an Island Transportation truck, which was carrying about 10,000 gallons of diesel fuel, caught fire while in motion on Sunrise Highway, according to Rockville Centre Fire Chief Brian Cook. The driver pulled over near the BP gas station at that intersection and escaped.

He added that the gas the truck was carrying remained inside, but the fuel it was using — which leaked, causing the fire — spilled onto the road. Rockville Centre firefighters extinguished the blaze while the Lynbrook Fire Department then assisted in cooling down the tanker, which was no longer on fire. Firefighters were on the scene for about an hour. There were no injuries, Cook said.

The Department of Environmental Conservation, the New York State Sanitation Department and the Hazardous Materials Response Division from the Nassau County Fire Marshal’s Office responded to the scene to clean the spillage, Cook said.

The area was closed temporarily, Rockville Centre Police Commissioner James Vafeades said, but reopened about two hours after the fire when police removed the vehicle from the road.