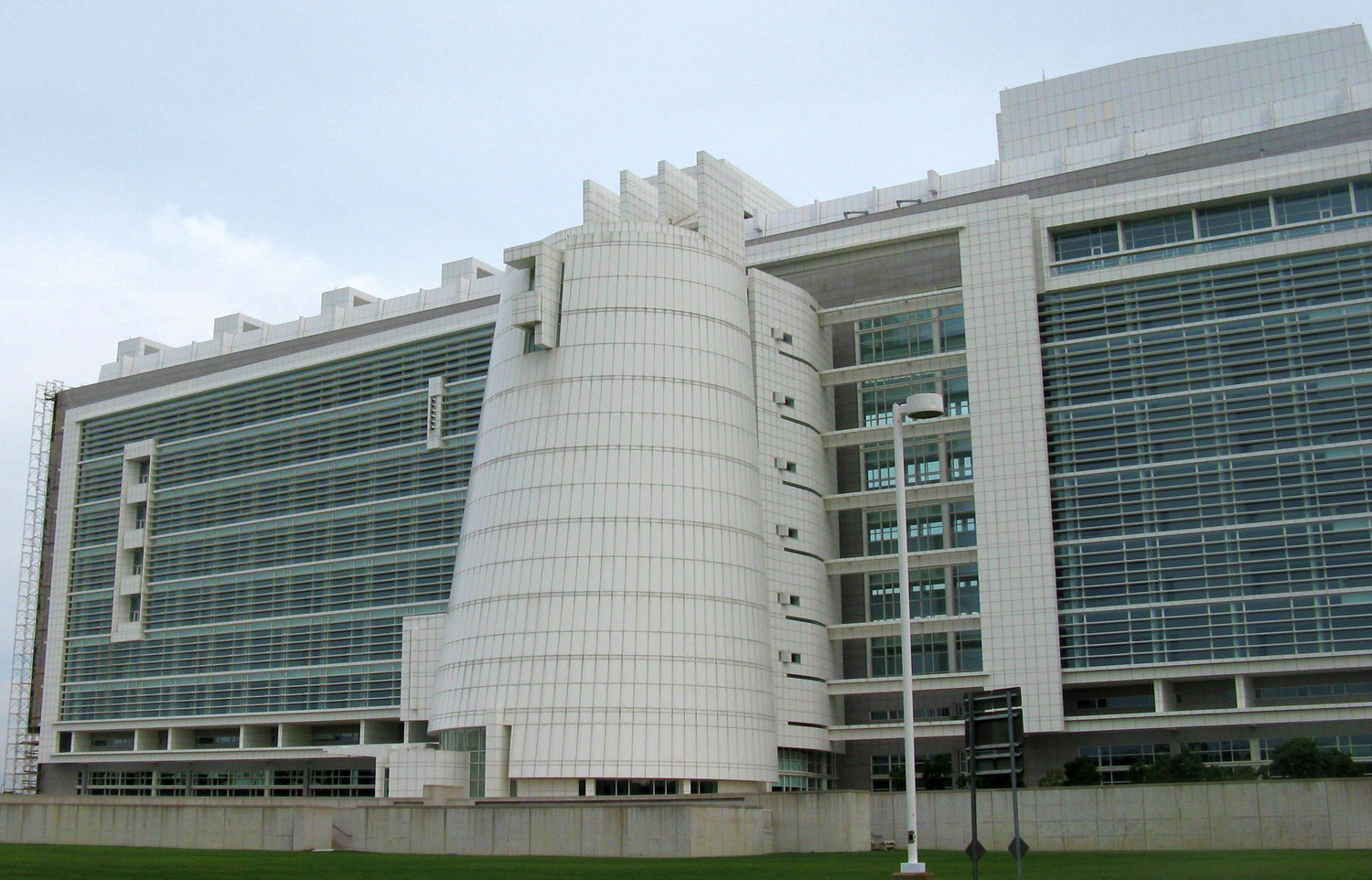 The D’Amato Federal Courthouse in Islip, where Kwesi Bovell was charged on Sept. 6 with wire fraud in the embezzlement of $3.5 million.
Courtesy Wikiwand
By Timothy Denton

Valley Stream resident Kwesi Bovell was arrested on Sept. 6 and charged with multiple counts of wire fraud after allegedly embezzling $3.5 million during his three-year tenure as chief financial officer of the Mulholland Group LLC.

In a complaint unsealed in federal court for the Eastern District of New York, Bovell, 36, is alleged to have transferred more than $3.5 million from accounts belonging to Man-hasset-based Mulholland to his own Southgate Holding LLC account. According to U.S. Attorney Richard Donoghue, he used the money to purchase two properties and an apartment in Manhattan and to “fund a lavish lifestyle.”

The government began its investigation after Mulholland officials complained of irregularities in Bovell’s use of the company’s platinum American Express card from January to June, including some $145,000 in expenditures for personal items.

As CFO, Bovell had signature authority to use multiple company accounts. Mulholland is a real estate firm with properties in New York, Arizona, Florida, Texas and Virginia.

“Bovell abused his authority as CFO, using the company like an ATM machine,” Donoghue said, citing the complaint.

Bovell was arrested in 2015 and charged with criminal possession of a loaded firearm, according to the government’s complaint. He pleaded guilty. He was also charged with “assault, unlawful imprisonment, criminal mischief and acting in a manner to injure a child.” Prosecutors contended that his violent criminal his-

tory made him a danger to the community.

Prosecutors had asked that Bovell be held in custody, citing his wealth and his connections to Guyana, where he was born, as reasons that he was a flight risk. “It is clear that, if released, Bovell will flee the United States and take his stolen millions of dollars with him,” they wrote, asking that bail be denied.

He was ordered held pending a detention hearing on Sept. 14 before the duty magistrate.

Prosecutors said that he could face at least eight years in prison if convicted.

“We all want to win the lottery and live lavish lifestyles,” said William Sweeney Jr. the FBI’s assistant director in charge of the New York field office in a statement. “Mr. Bovell decided he would rather take millions of dollars that wasn’t his.”

“Today’s arrest should put fraudsters like the defendant on notice that this office will hold them accountable for such criminal conduct,” Donoghue said on Sept. 6.

Bovell’s arrest was the second time this year that a Valley Stream resident had been charged with fraud in federal court. Psychiatrist Ewald Antoine pleaded guilty in January to his role in a conspiracy that bilked Medicare and Medicaid out of more than $33 million. He was sentenced on Aug. 21 to one year and one day in prison. His co-conspirators, including another doctor, received sentences ranging from 18 months to 10 years. Three other defendants are awaiting trial in November.

Bovell should not to be confused with the Guyana-born painter and sculptor of the same name.