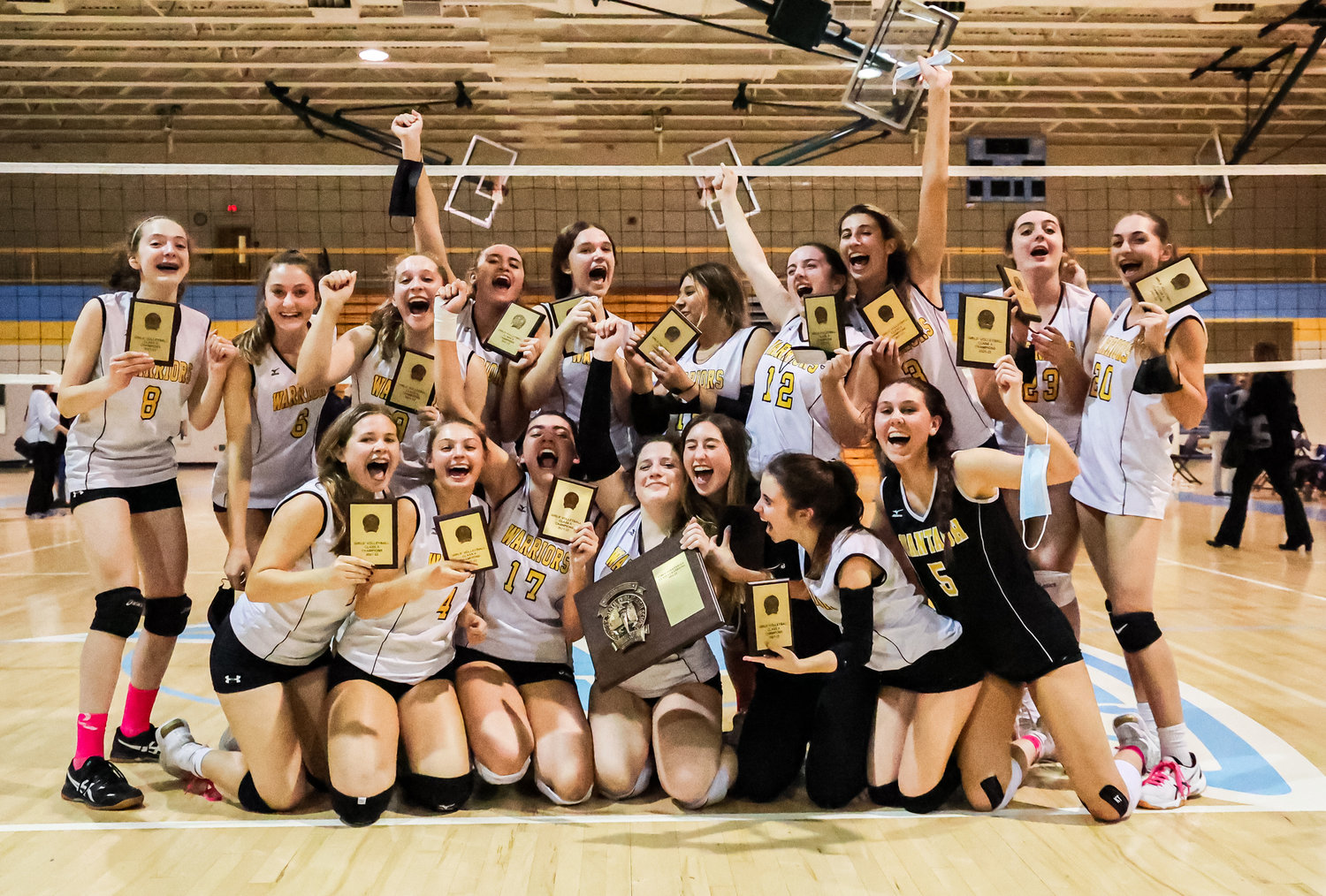 The Warriors captured their third Class A title in four years with a four-set triumph against Calhoun Nov. 10 at LIU-Post (25-29, 25-15, 25-18, 25-18) a decade after the program won three county crowns in a row between 2009 and 2011. Three days later Wantagh achieved the program’s second Long Island title in four years with a 3-1 win against Kings Park to reach the state tournament this weekend.

“We didn’t know going into this year what we had because we graduated nine seniors with seven of them college athletes,” Wantagh coach Dan O’Shea said moments after celebrating the county title.  “We knew we had some good returning players but we didn’t know about the role players and the role players really stepped up huge for us.”

Top-seeded Wantagh’s second county championship in a row was punctuated by its first Long Island title since 2018 back at LIU Post last Saturday with a four-set win (25-12, 9-25, 25-17, 25-18) over Kings Park. The Warriors will now head to Glen Falls Saturday and vie for a state title that the 2018 team also captured.

The county finals held before a raucous Wantagh student cheering section saw Calhoun grad a back-and-forth opening set, 29-25. The Warriors then trailed 5-0 in the second set before momentum quickly shifted with a 12-3 run en route to a 25-15 win.  After winning the third set 25-18, Wantagh seized the championship in the fourth game with nine straight points after trailing 13-10.

Freshman Sadie Reich, who was on varsity as an eighth grader last season, propelled Wantagh to a repeat title with 19 kills and 10 digs. Senior Olivia Pugliese registered 18 digs, 12 kills and four blocks.

The championship celebration at LIU-Post was far different for Wantagh than last season when the Warriors defeated South Side in a sweep before limited fans due to COVID-19 restrictions. Rende said the chance to compete before enthusiastic Wantagh fans his fall in her final high school season made her final county championship that much more meaningful.

“Our Wantagh fans are incredible and have our backs,” Rende said. “It’s just an unreal feeling.”