Windsor Avenue Bible Church in Oceanside has a modern twist 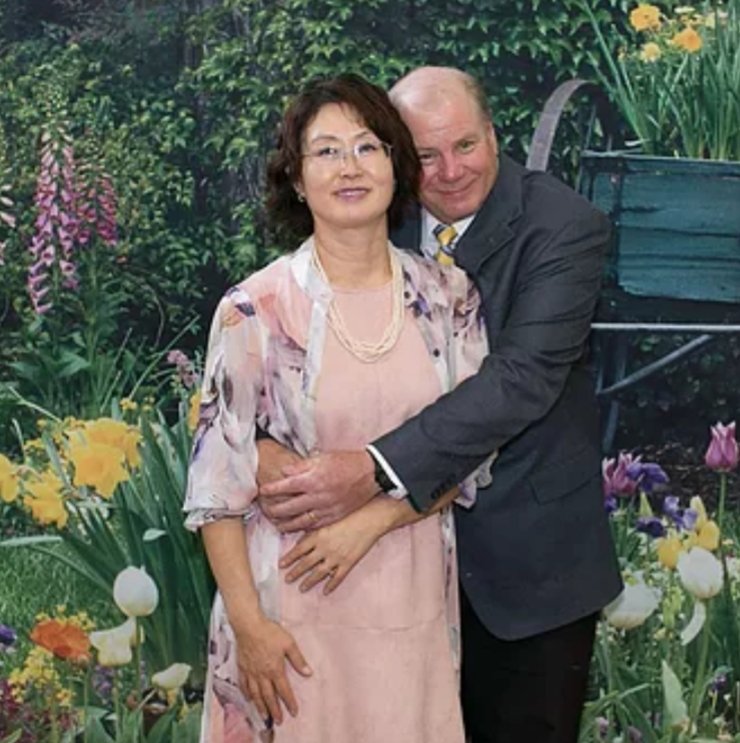 “We do things a little bit differently here,” Pastor Henry Anderson of the Windsor Avenue Bible Church explained when trying to describe the atmosphere parishioners experience at the church.
Anderson, 55, went on to describe the frequent Sunday lunches and children’s playtime events the church schedules. Most Sundays, those who attend Service are invited to stay after to enjoy a meal and some fellowship with other churchgoers, many of whom have become friends outside of church. The church has also instituted playtime for children, who after Service are often seen laughing and jumping in a bounce house, playing on the church’s basketball court, enjoying games of nok hockey, having robot battles or working on their golf game at the miniature putting green.
“It’s kind of funny, but most people don’t leave,” Anderson said with a laugh. “That’s kind of our thing. We’ve built this into a very family-oriented, fun time.”
Anderson was born at South Nassau Communities Hospital in Oceanside and grew up in Merrick before settling in Seaford, where he runs a successful landscaping business. He was an NYPD police officer in the 62nd Precinct in Bensonhurst, Brooklyn for 20 years, even serving at Ground Zero in the aftermath of 9/11, and retired in 2006 as a lieutenant. He and his wife of 32 years, Yeon-Sook, have two sons, Joshua, 31, who serves in the U.S. Navy in California, and Calvin, 26, who is a pharmacist in Ohio.
After he retired from the NYPD, Anderson started studying at a bible school and learned that he had a passion for religion. He recalled that before becoming a pastor, he started as an evangelist, going from church to church to preach. In 2008, he ended up at the Windsor Avenue Bible Church, at 2630 Windsor Ave., in Oceanside, when a pastor there went on vacation. Two years later, the pastor resigned, and Anderson was approached to take over. He began serving as the spiritual leader at the church that July and remains there nearly nine years later.


With Easter Sunday on April 21 being the latest major event for the church — which Anderson said will include a loaded Easter basket hunt — church administrators are strengthening their efforts to improve membership.
“When we first got here, there were 12 people in the church,” Anderson said, referring to he and Yeon-Sook. “We are trying to build membership. We’re a small church, but growing, and have around 50 members right now. We’re always looking for more.”
To help with recruitment efforts, Anderson said, the church has been active on social media outlets such as Facebook, Instagram and YouTube, and has visited residents in the neighborhood to inform them about the church and what it has to offer.
Anderson also created a “Plan Your Visit” option on the church’s website, where interested residents can register to be invited on a tour of the church, while also receiving a crate of gifts, food and other materials and meeting the church’s leaders, including Anderson. He encouraged potential parishioners to come to Service more than once to get a feel for what the church provides.
“The message is, we want to worship God, but we also want to have a nice time in church,” Anderson said. “We want to have fun, we want to build friendships and relationships and we just invite people to check us out.”
In addition to Service, the lunches and playtime for children, the church also has tables with religious literature as well as food and clothing pantries. Anderson said the big red “W” outside of the church stands for Windsor, but also for winning, and added that he strives to remain in contact with all parishioners.
“I’m an approachable pastor,” he said. “I give out my cell number, my email, text and Facebook. I’m out there, so if anybody has questions, I’m very accessible and reachable.”
For more information or to schedule a tour, visit windsoravenuebiblechurch.org. To help the church continue to support police officers, visit afriendtothepolice.com.
Report an inappropriate comment