Republicans claim a number of Assembly seats on Tuesday 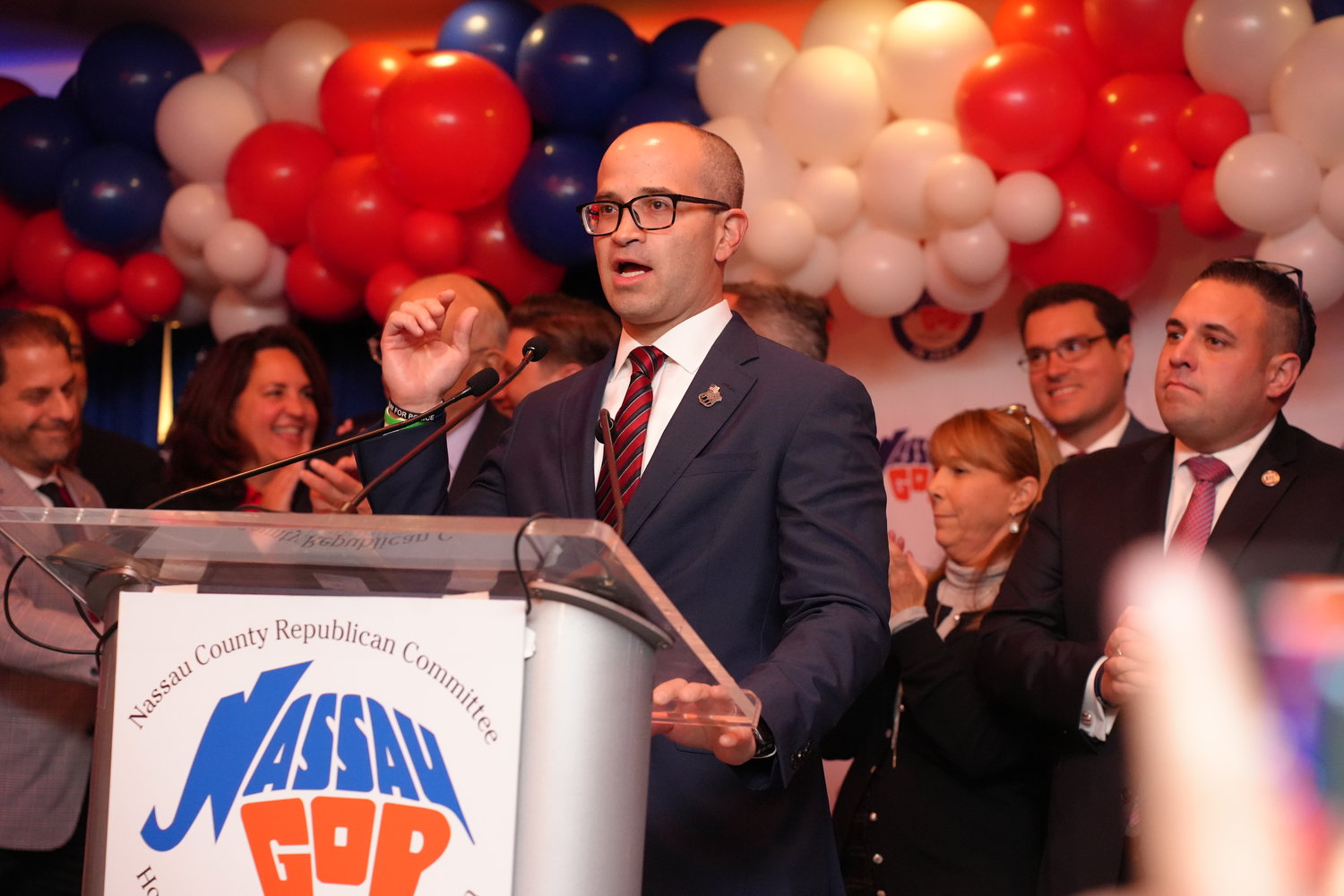 Ed Ra was among the Republicans declaring victory, winning re-election to his state assembly seat.
Tim Baker/Herald
By Ana Borruto

Voters in Nassau County have decided whom they want to send to Albany to represent their districts in the Assembly.

According to unofficial election results from the New York State Board of Elections, John Mikulin received approximately 60 percent of the votes, defeating his Democratic opponent, Paul Kaminsky.

Mikulin said he felt confident that he would be reelected as Assemblyman. His plan going forward is to combat bail reform that he believes has “plagued” the communities within his district.

“I’m so glad that the people of the 17th Assembly District are sending me back to Albany to fight for them,” said Mikulin. “I worked very hard and I called on all my constituents, walked door to door — I’m very happy with the results.”

26-year-old Republican Jake Blumencranz was a newcomer in the political field when he first announced his run for an assembly seat. The Oyster Bay resident will now serve as an Assemblyman for the district that covers all of Levittown, Salisbury, and parts of East Meadow, Bethpage, Wantagh and Seaford.

Blumencranz said he is excited to give voice to the younger generation on Long Island, plans to work to cut taxes in Nassau County and create safer communities.

“I think it was a referendum on the legislators we had sent to Albany in the past were not putting Long Island first as a top priority and it’s time for that change – now we really get to work on making Long Island a better and prosperous place.”

Republican Ari Brown went head to head to reclaim his seat against Democrat Michael Delury in the race to represent an Assembly district that includes the barrier island and the Five Towns.

Brown succeeded with approximately 29,166 votes, according to Nassau County’s Board of Elections unofficial results at press time. The Cedarhurst resident said this win is to “save America” for generations to come.

“When we get back to Albany, there are going to be a lot of consequences,” Brown said. “It’s about doing what we’re saying we’re going to do. To quote the great Steve Rogers: ‘legislators assemble’ because we’re gonna fight.”