June 12 is last day to file 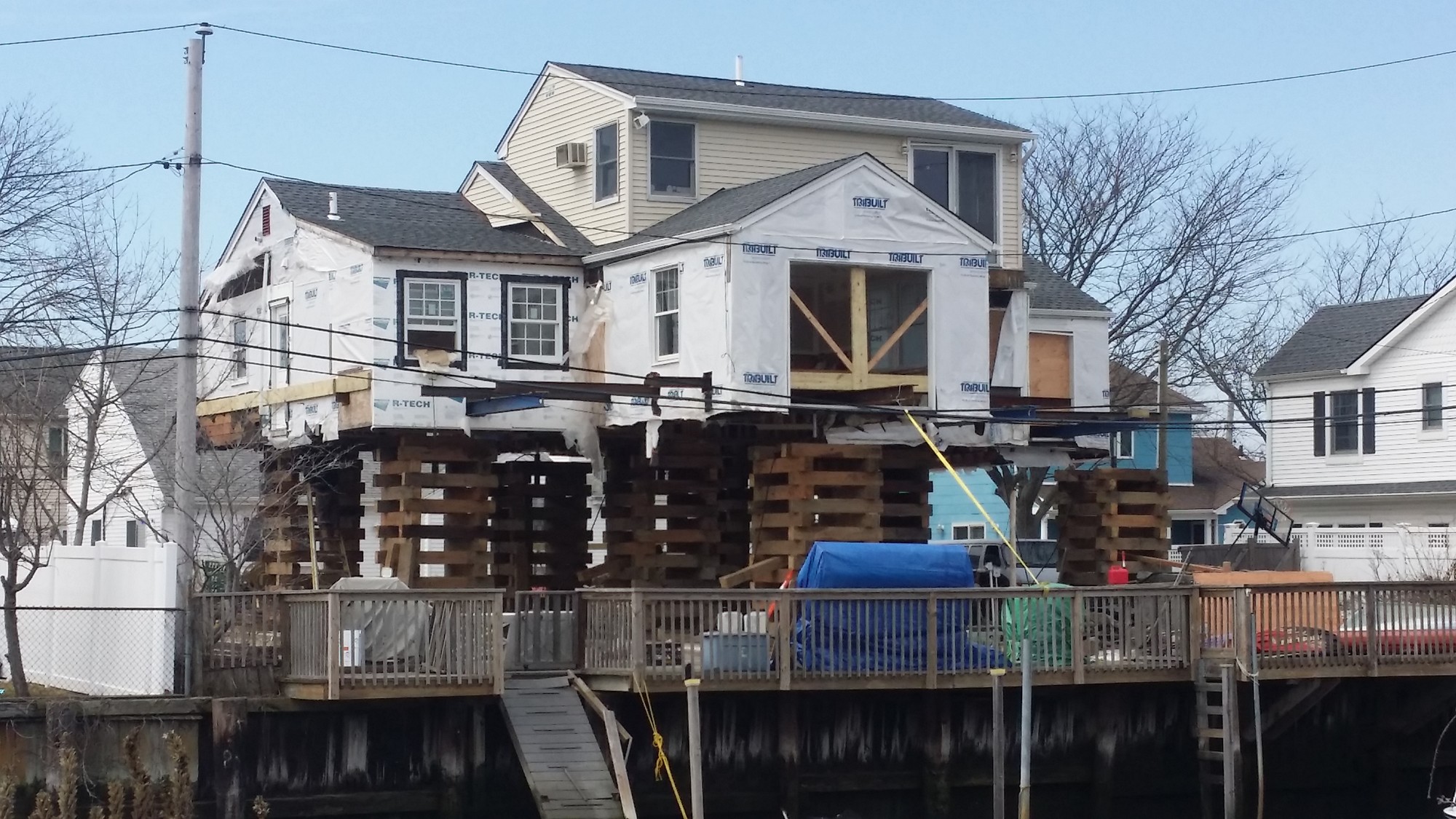 Hurricane Sandy ripped through Long Beach on Oct. 29, 2012. Now hundreds of homes in the city, such as this canal-front property, are being raised.
Courtesy Jeremy Garrett 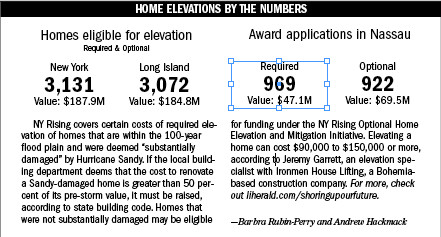 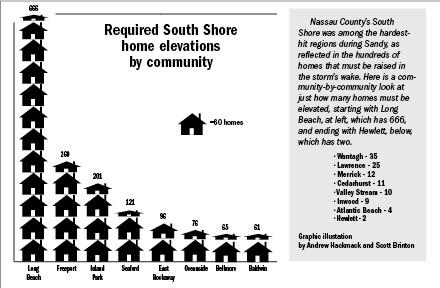 Architects, engineers and builders are frantically rebuilding and elevating Hurricane Sandy-ravaged homes across Nassau County’s South Shore these days, and they are expected to get even busier in the months and years ahead.

Under the Governor’s Office of Storm Recovery’s elevation program, homeowners who are raising their houses choose their architects and contractors. Now a June 12 deadline to submit plans to the Office of Storm Recovery looms. Along with blueprints, homeowners must file a Request for Scope of Work Change Itemization 6100 form, a six-page document that requires homeowners to list all of the numerous materials they will need to repair and elevate their homes.

Homeowners who accept federal funds must elevate their homes if they were “substantially damaged” during Sandy, which swept across the region on Oct. 29, 2012, inundating thousands of houses with saltwater and sewage. A home is considered substantially damaged if its total repair bill exceeds 50 percent of its pre-Sandy value, according to the Office of Storm Recovery, which Gov. Andrew Cuomo formed in Sandy’s wake to oversee the state’s NY Rising reconstruction programs.

In cases of substantial damage, the state will reimburse home-elevation costs according to standards set by the federal Department of Housing and Urban Development.

According to NY Rising, residents whose homes were not substantially damaged but are within the 100-year flood plain, which is defined as the area along the shoreline where there is a 1 percent chance of a major flood in any given year, may choose to elevate their homes, and they may also be eligible for state funds to do so under the Optional Home Elevation and Mitigation Initiative. According to the Federal Emergency Management Agency, some 6,500 Long Island homes are within the flood plain.

(For a breakdown of homes eligible for and the costs associated with the home elevation program, see chart.)