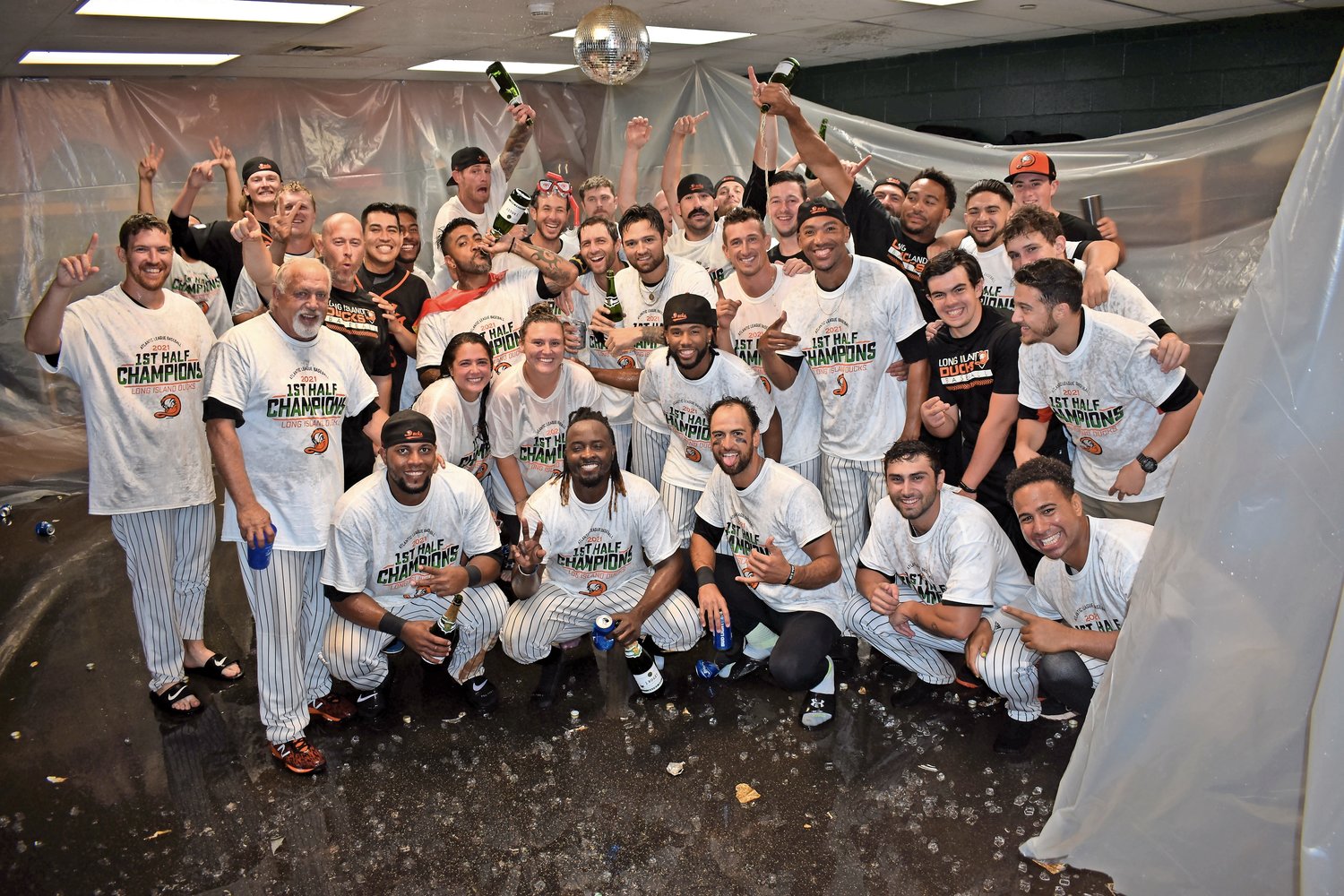 The defending Atlantic League champion Long Island Ducks used a 12-game winning streak in July to secure the First Half North Division title and lock up a berth in the playoffs, which begin in early October.
Courtesy Chloe Rosario/Long Island Ducks
By Tony Bellissimo

A 12-game winning streak in July propelled the defending champion Long Island Ducks to the First Half North Division title and a berth in the Atlantic League of Professional Baseball playoffs, set to begin in early October.

The Ducks sealed up the division top spot with almost a week to spare by defeating the Southern Maryland Blue Claws, 8-2, on July 28 for their 13th victory in 14 games. Starting pitcher Brendan Feldmann went the distance to earn his fourth win in five decisions. He allowed just two runs on seven hits and one walk over nine innings while striking out two batters.

“A lot of the guys were here in 2019, but I think we finally got comfortable with each other again and we’ve made some nice additions to the lineup with Romero and Frias,” manager Wally Backman said. “We’ve come a long way offensively. We were hitting around .230 after the first six weeks and now we’re close to .280.”

During their 12-game win streak between July 13-25, the Ducks posted double digits in runs six times including a 17-6 victory in Kentucky over the South Division champion Lexington Legends to set the tone for a three-game sweep. Long Island also posted back-to-back shutouts over the West Virgina Power (6-0 on July 15) and York Revolution (1-0) behind the pitching of Darrin Downs and Feldmann, respectively.

Scoring is up across the Atlantic League, which announced in July the addition of a Staten Island franchise starting in 2022. The Ducks were the only team to conclude the first half with an ERA below 5 runs per game.

Iorio was instrumental in the 2019 championship run after moving into the starting rotation following 10 relief appearances. He was named to the All-Star team. The 36-year-old Downs, who serves as the Ducks pitching coach, was also a key part of the staff in 2019 and pressed into action this season due to pitching shortage.