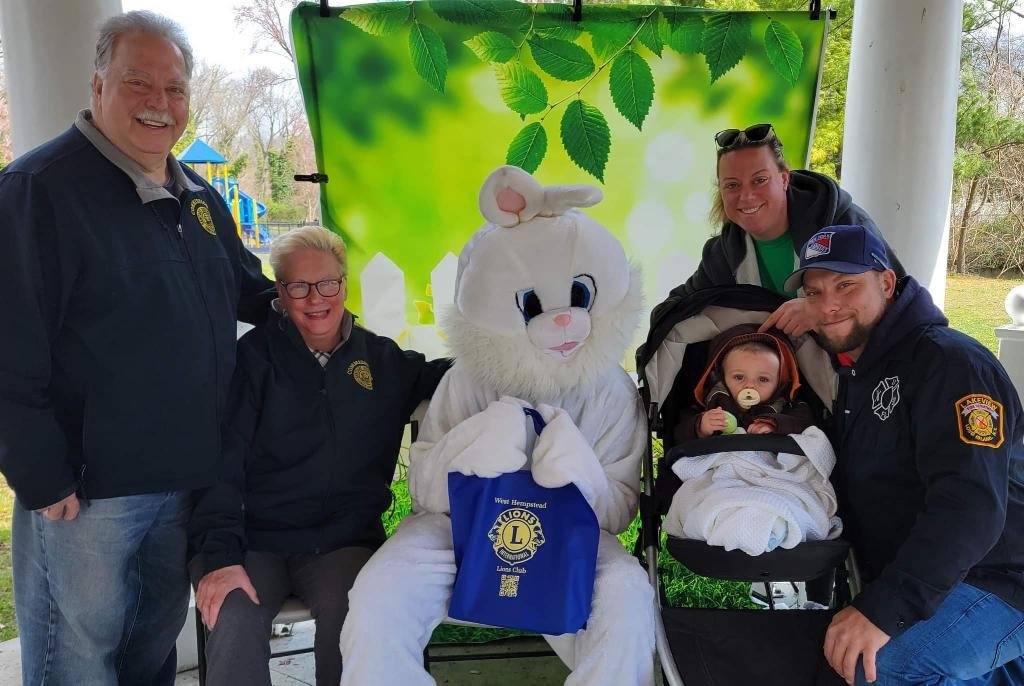 Hall’s Pond Park was the scene of egg hunting on April 9, thanks to the West Hempstead Lions Club. From left were Sandy and Debora Senti, the Easter Bunny, Patrick and Heather McNeill and Fred Senti. 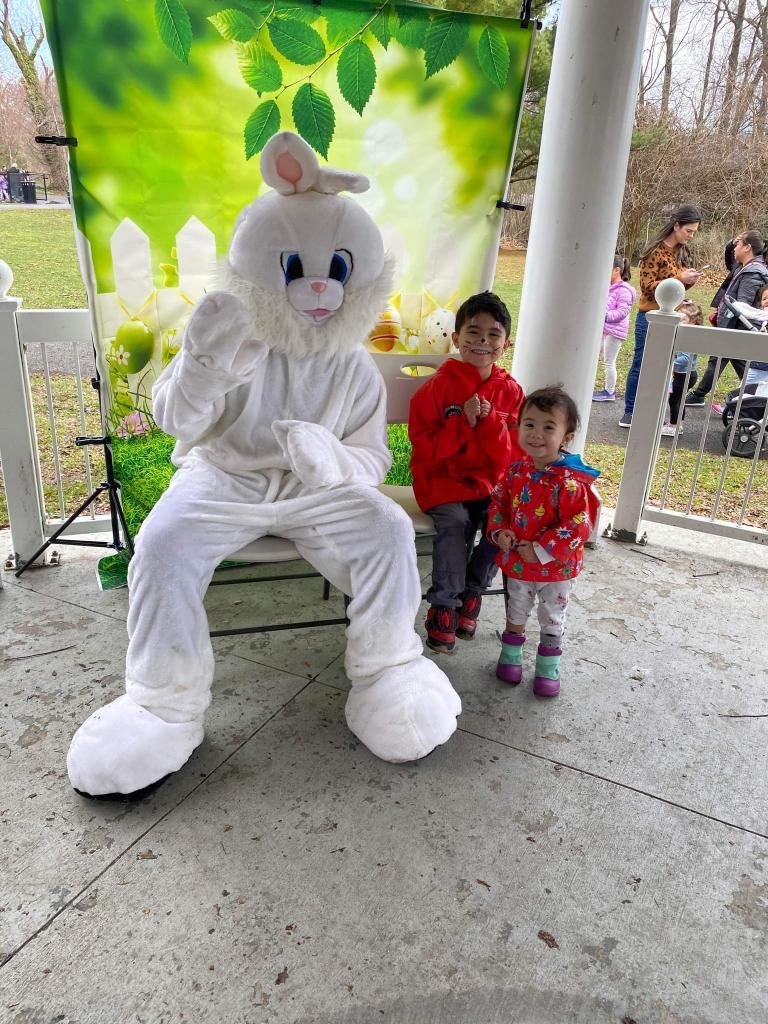 Emily Tambini, 2, enjoyed her first Easter egg hunt on Saturday. From left were the Easter Bunny, Emily Tambini and her brother, Lucas Tambini, 6. 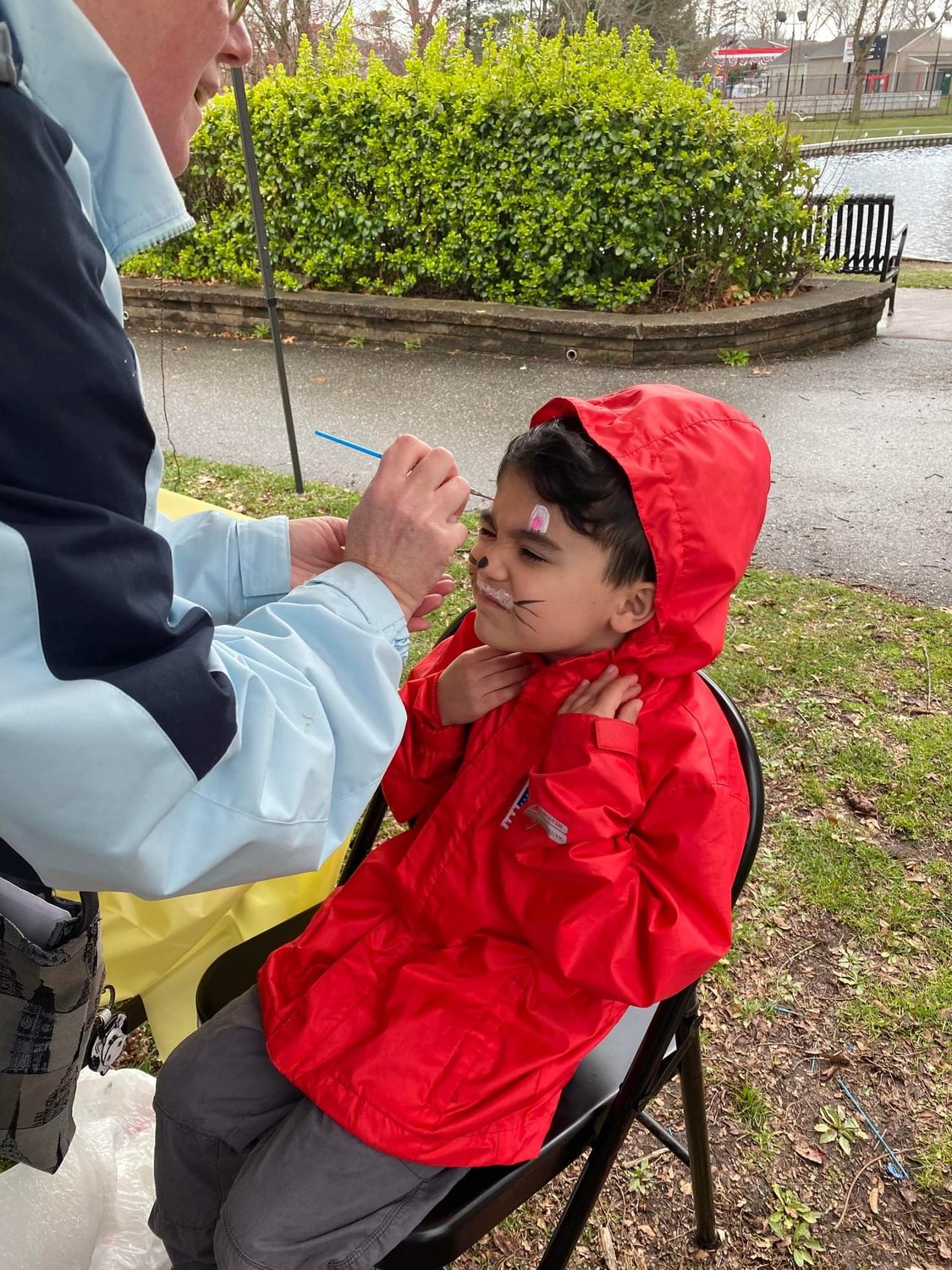 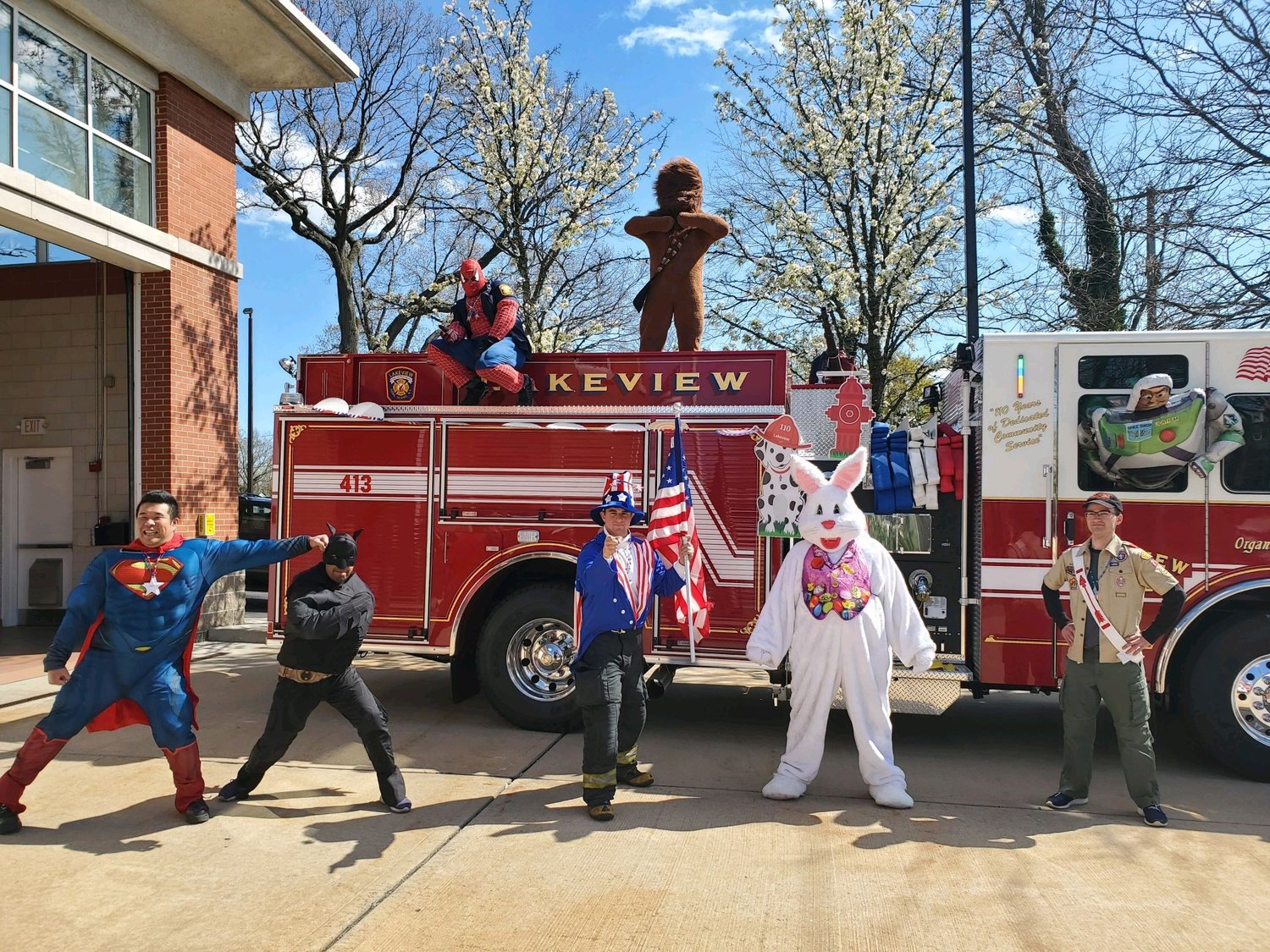 The Lakeview F.D. continued its annual character parade — which originated during the height of the pandemic — at the West Hempstead Lions Club’s Egg Hunt on April 9.
Previous Next
By Lisa Margaria

The West Hempstead Lions Club, a local branch of the international Lions Club volunteer organization, resumed its annual Easter Egg Hunt at Halls Pond Park, West Hempstead, on April 9. The event was postponed for the last two years due to Covid.

At least 50 children collected the nearly 4,500 Easter eggs — filled with candy, erasers and toys— scattered on the hill at Halls Pond Park. Those who found a golden egg with a ticket inside cashed it in for a chocolate bunny after the hunt.

The event, originally an annual event, resumed this year after a two-year pause due to Covid, and was missed by club members and some residents. “We’ve had a few parents reach out to us over two years asking if we were still doing it,” Lions President Steve Oster said, adding: “The kids loved it, they had a great time.”

West Hempstead’s Lakeview Fire Department drove into the park with the Easter bunny and some other fun characters, including Superman, Batman, Spiderman, Uncle Sam, Chewbacca, and Buzz Lightyear.

“During the height of the pandemic, as most activities were canceled, we put on a character parade featuring the Easter Bunny,” Lakeview Fire District Vice President Heather McNeill wrote in a text. “Our members dressed in their own favorite costumes to bring cheer to the children of the Lakeview Fire District.”

Lakeview continued the character parade this year, starting at the Lions Club Egg Hunt with “lots of smiling faces and waves,” McNeill said, and continuing the ride through the Lakeview Fire District afterward.

Rockville Centre native making it big in the music industry