Malverne rings in Halloween with a bang 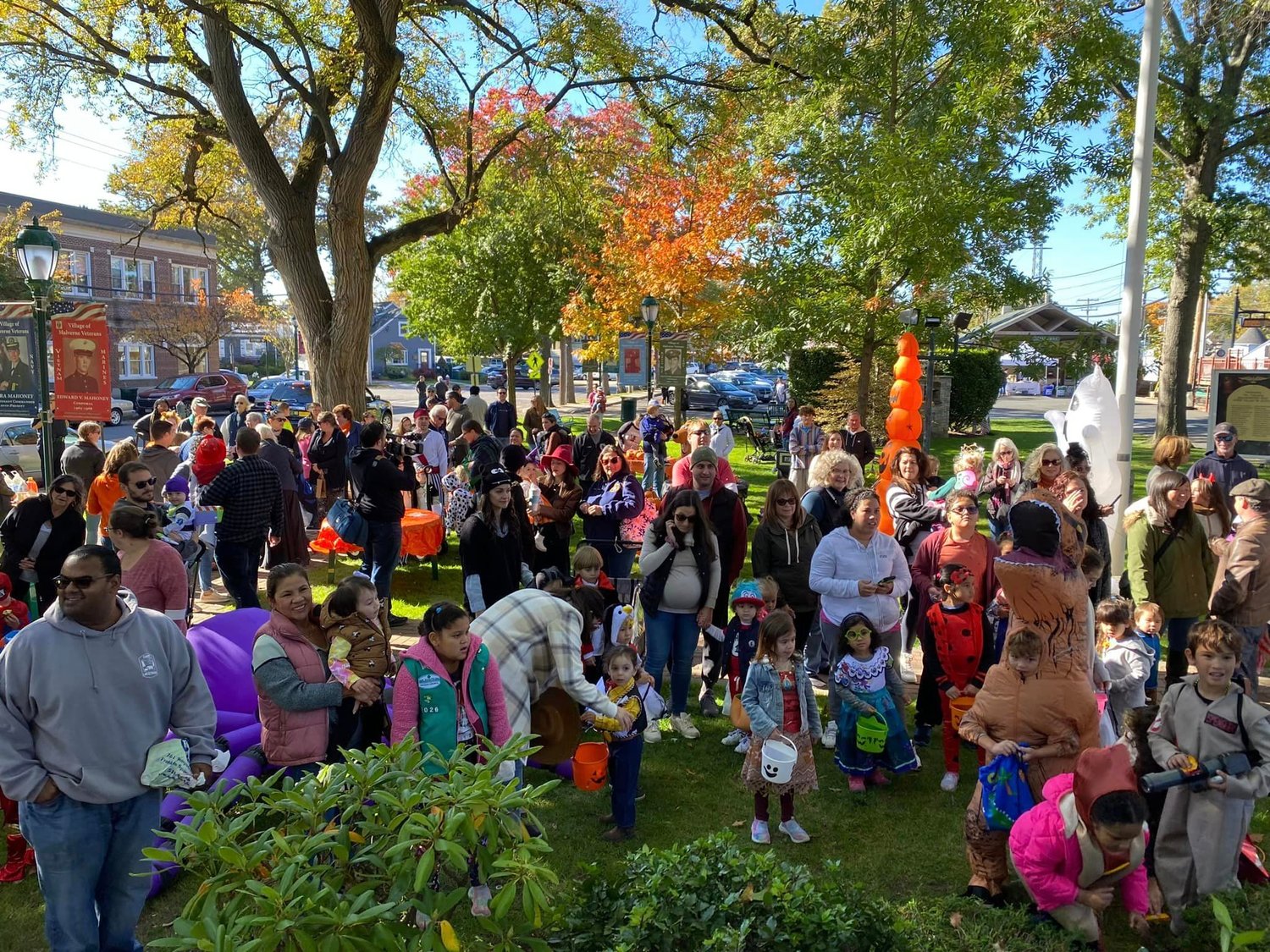 Hundreds of costumed children and their families gathered at Reese park on Oct. 29 to celebrate Halloween.
Courtesy Incorporated Village of Malverne 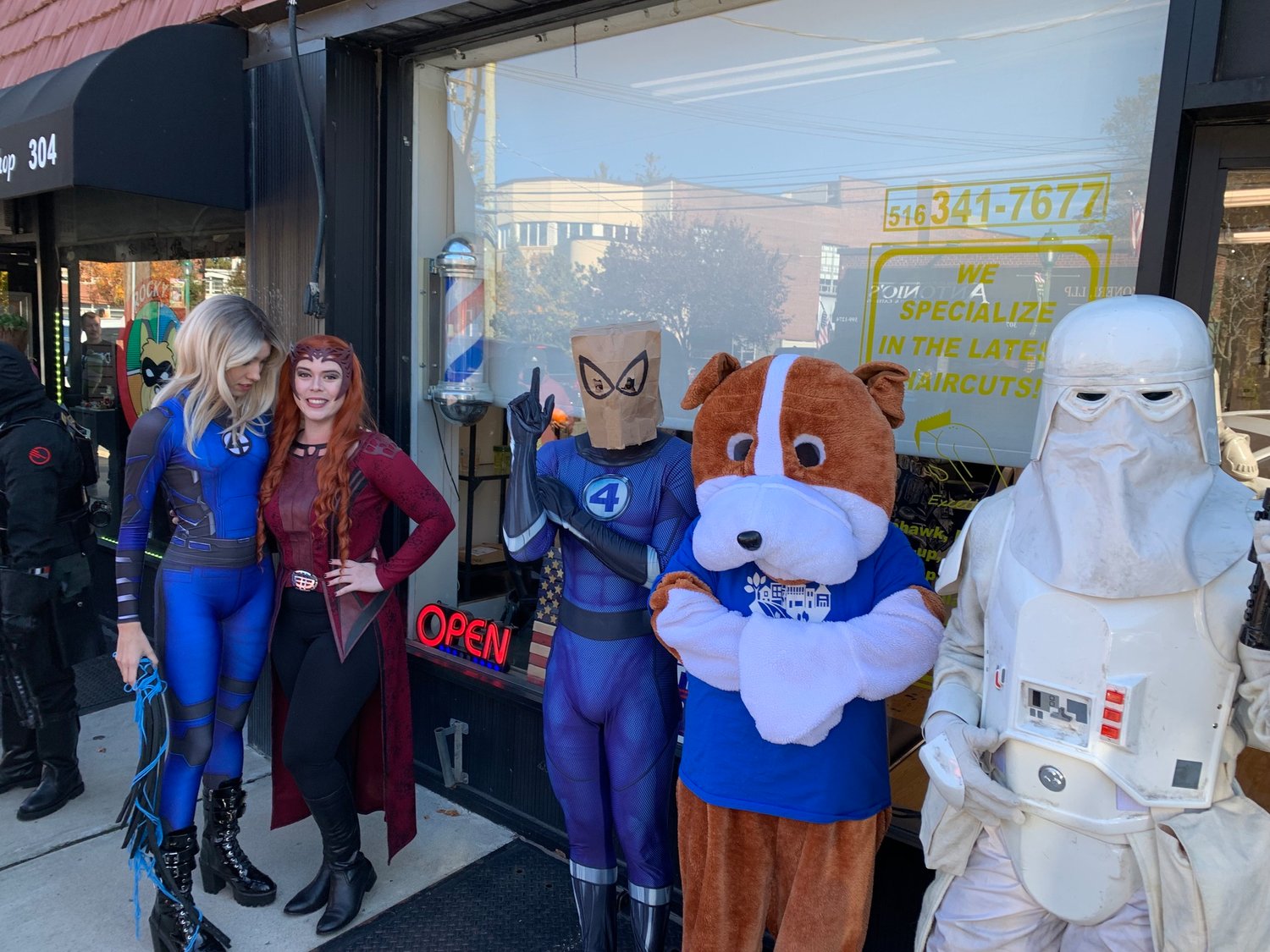 Cosplayers lined up in front of Rocky’s Comics for the store’s Halloween party as trick or treaters passed by on Hempstead Avenue. The comic shop closed its doors shortly after.
Courtesy Maria Casini 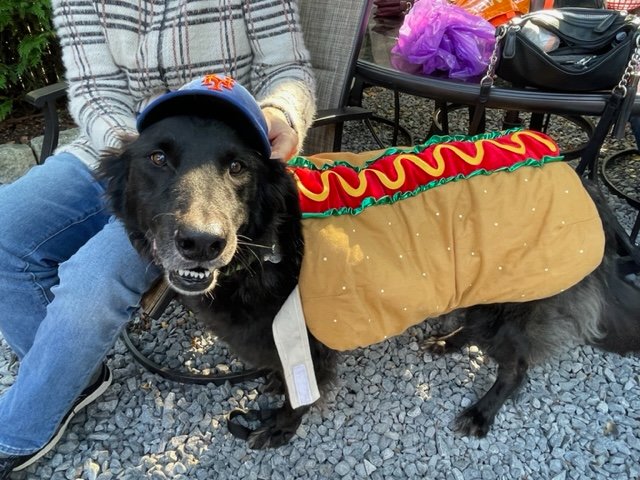 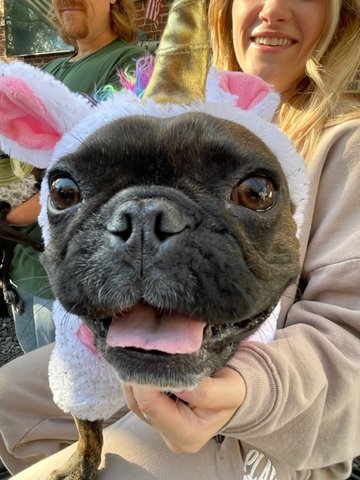 One canine attempted to pass itself as a wiener dog at the Broadway Tavern’s annual Howl-O-Ween party.
Courtesy Broadway Tavern
Previous Next
By Kyle Chin

Malverne was abuzz with Halloween spirit last weekend as numerous activities and celebrated were hosted by the village of Malverne  itself, the chamber of commerce, and other local businesses. Most of the festivities took place on Saturday, Oct. 29, marking the start of the so-called “Halloweekend,” in anticipation of the holiday on Monday.

The flagship Halloween event was the village of Malverne’s annual Ragamuffin Parade. The Malverne board of trustees reported that this year’s Halloween gathering was the largest in the history of the event.

Hundreds of costumed children and their parents marched around Reese Park to show their Halloween spirit.

“This was the largest Ragamuffin Parade in the history of Malverne, almost 160 kids,” declared Mayor Keith Corbett.

“This past Saturday was a great success. I want to thank everyone success,” said trustee Carl Prizzi, who oversees Malverne’s youth programming. “It was very well attended. Great costumes. Very creative costumes. It was great,” he said.

“The children had a great time decorating pumpkins. They enjoyed a lot of treats. They had fun with the parade. The highlight of the day was our mayor shooting candy up into the sky for the children to catch,” said Prizzi. Corbett got ahold of an air cannon during the parade, and began spraying candy about the park.

The Malverne Chamber of Commerce’s Candy Crawl abutted the village’s Ragamuffin Parade. Children just leaving the parade and many others tagged on behind the Chamber’s mascot, Chamber Champ, to trick or treat throughout the center of Malverne.

“We did build off of the Ragamuffin. You did have a lot of kids already there,” said Chamber president Maria Casini. “Then there were some older kids who started coming. We walked up and down Hempstead Avenue, Church Street, and a little bit of Broadway.”

Casini was also very impressed by the turnout on Saturday.

“It was unbelievable, and it went on for hours,” she said. “We kind of expected it to just be for an hour and a half or so, but the families were out. It was a beautiful day and people really enjoyed that. And that brought so many of these new families directly into the stores.”

Many of the Chamber’s member businesses also hosted their own Halloween festivities.

The Broadway Tavern hosted its second annual Howl-O-Ween event. The restaurant’s beer garden was transformed into a furry fashion show as dog owners from near and far showed off their pets’ wild and wacky costumes.

Rocky’s Comics, who shuttered their storefront at the end of October, celebrated one last hurrah with a costume party featuring a number of high quality cosplay costumes.