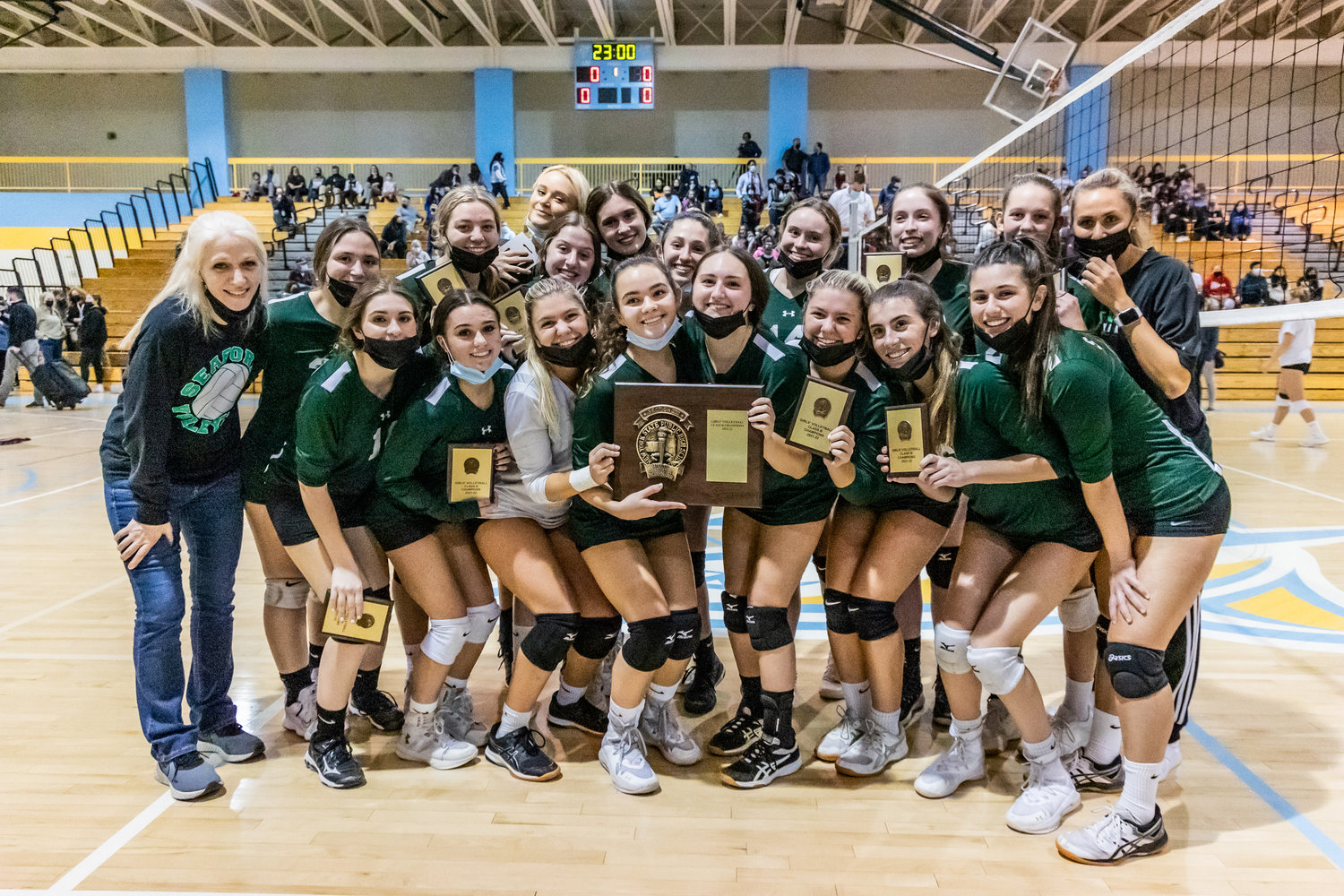 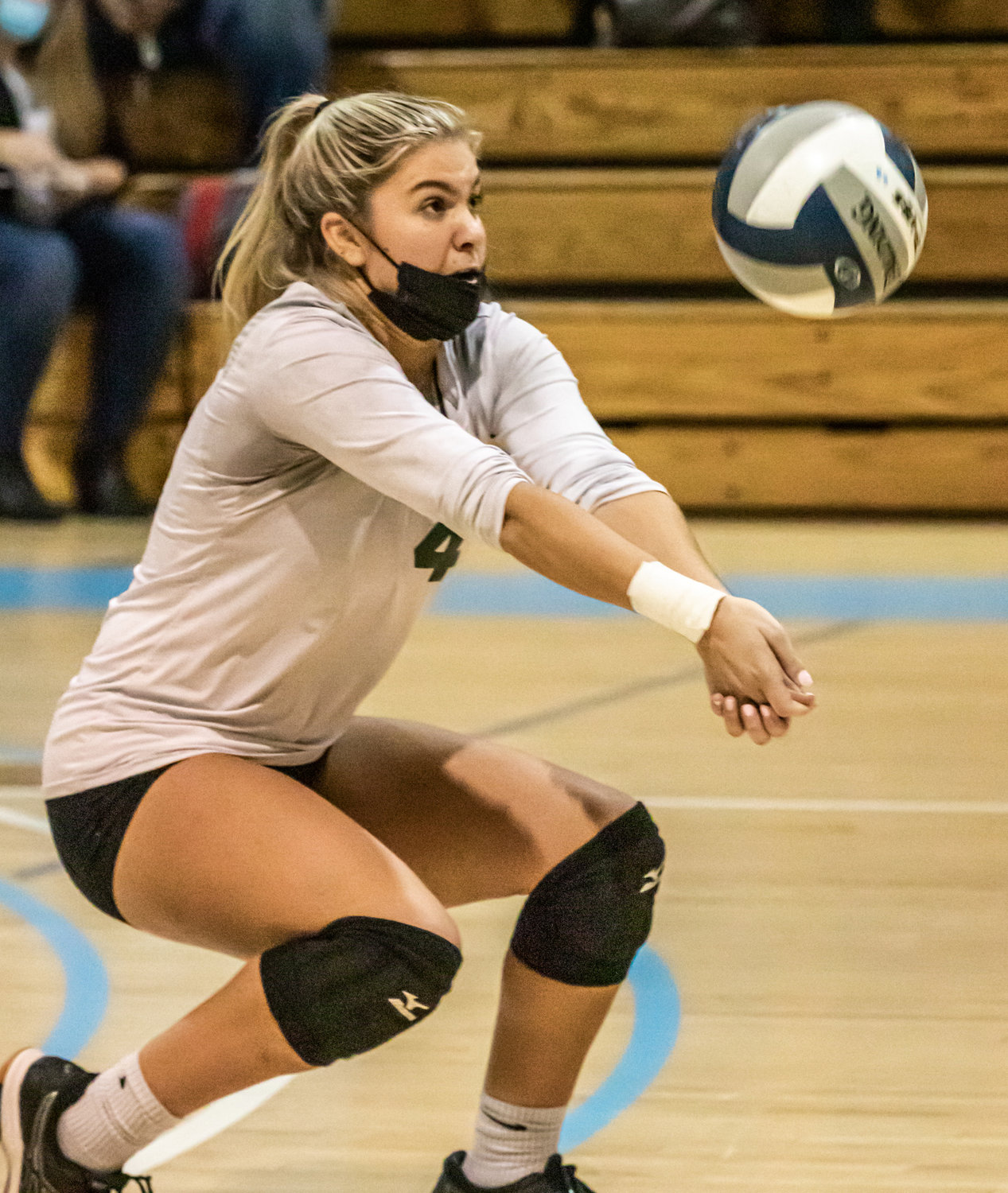 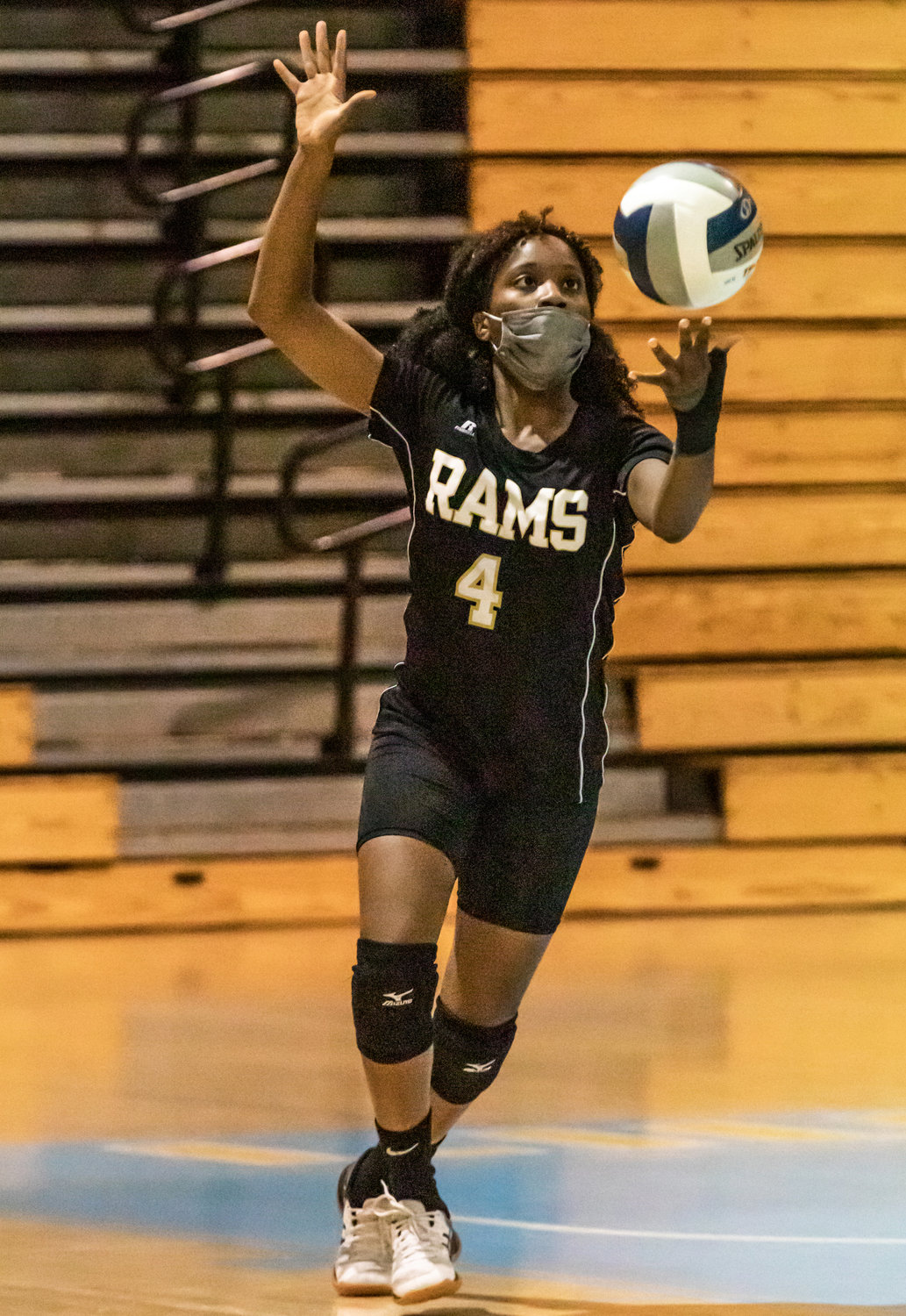 Junior Gloria Guerrier helped the Rams to a tremendous season that ended just one set away from a county title.
Karen Millindorf/Herald
Previous Next
By Andrew Coen

With its season and history on the line, Seaford girls’ volleyball dug in during crunch time to net the county crown over West Hempstead.

After dropping the first two sets of the Nassau Class B finals and nearing a possible sweep, Seaford won the remaining four points of the third game to seize control of the match. The Vikings dominated the rest of the way en route to a 22-25, 23-25, 25-21, 25-13, 25-7 victory at LIU Post on Nov. 10 to bring home the program’s first county title in two years.

“We took a second to relax and breathe and play how we always play,” said senior outside hitter Nicole Karaman of the team’s positive mindset in spurring the turnaround. “It was a team effort to pull through and win those last three sets.”

The come-from-behind county finals victory advanced Seaford to the Long Island Class B championship against John Glenn last Saturday. The Vikings season then came to an end with a four- setback to the Suffolk County champions (14-25, 25-20, 16-25, 16-25).

In the county finals, Seaford quickly seized control after winning the third set in jumping out to a 12-3 lead in the fourth game. The Vikings then grabbed a 17-4 advantage in the fifth and decisive set.

The comeback was made possible by a collective team effort led by sophomore middle hitter Sarah Lochner and freshman outside hitter Carey-Jean Federico recording 15 and 10 kills, respectively.

“Everything in the first two sets was so intense and overthought,” Seaford coach Marie Savage said. “We were trying to defend them rather than hit the way we hit and once they realized they can hit too it all came together.”

West Hempstead put Seaford on the ropes early, winning the opening set with a closing 6-1 run after trailing 21-19. The Rams then won another tight game in the second set aided by clutch kills from senior Sanaia Estime and a service ace by junior Victoria Guerrier that broke a 23-23 tie.

In the third set with a chance to clinch the mat, West Hempstead clawed back from an early 6-1 hole to knock the score at 21-21 before Seaford grabbed the last four points.

“The third set was a very big emotional swing,” West Hempstead coach Ryan Dooley. “We kind of emptied our gas task going for the win and then they did an amazing job defensively in the fourth and the fifth set really shutting down our offense.”

The Rams  (15-4) advanced to the finals stage with a four-set upset win against top-seeded Wheatley on Nov. 6 in which Estime had 15 kills, Chance Mingo registered eight kills and Amanda Healy recorded 33 assists.

Seaford’s county title marked its second in three seasons with the 2019 team also capturing a Long Island crown. The team was limited to just seven matches last season after being quarantined multiple times due to COVID-19 infections.

“I think that made this year's win even more special because of how many hard times the team went through together last year,” Karaman said. “It is such a special group.”