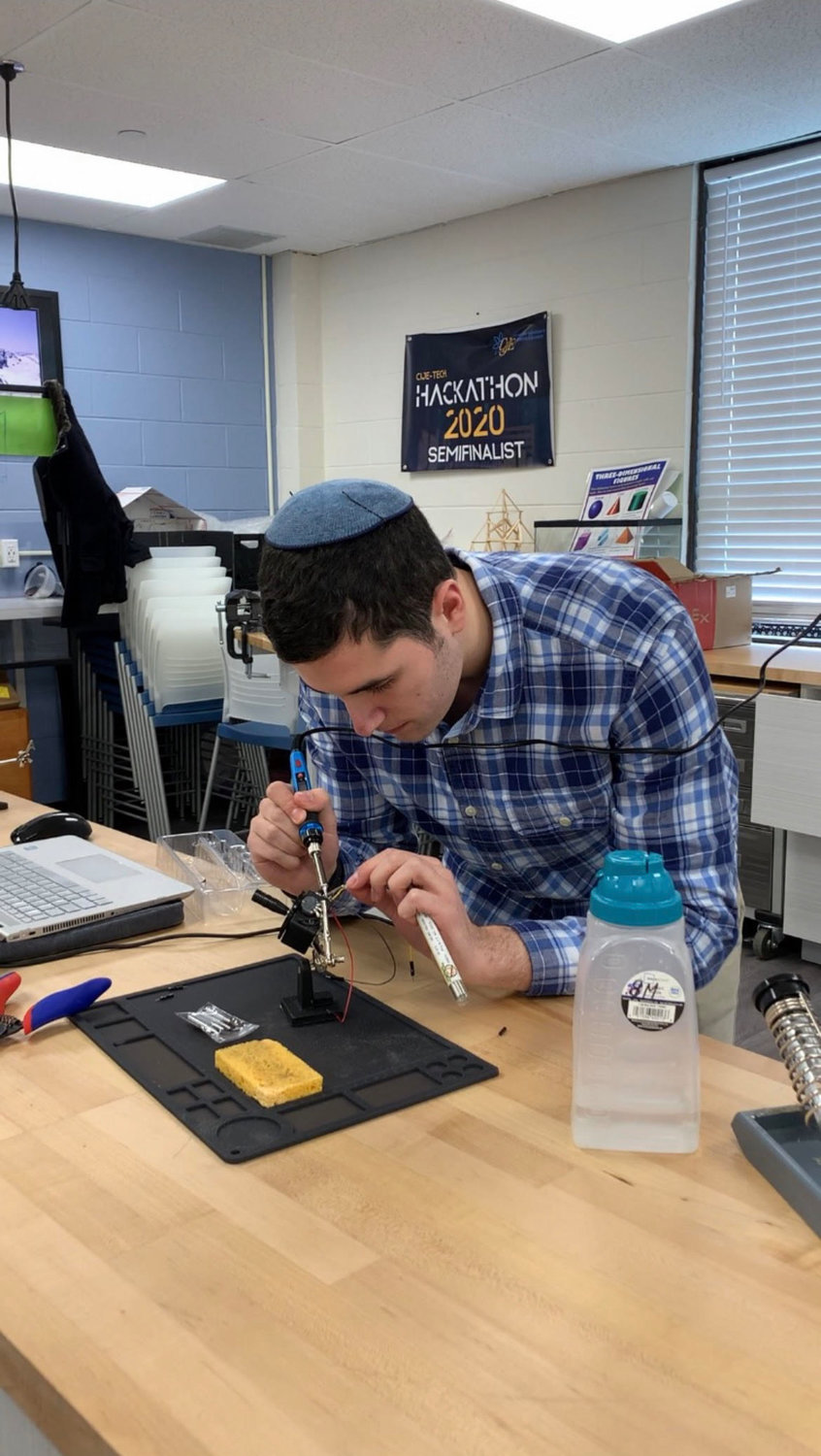 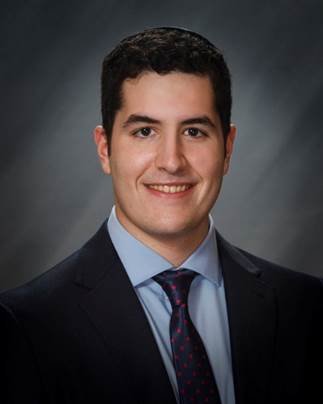 Moskowitz has used his experience living with Type 1 diabetes as a source of motivation to excel.
Courtesy Beyond Type 1
Previous Next
By Kyle Chin

West Hempstead student Adin Moskowitz has used his own experience as motivation for success. Living with Type 1 diabetes, he has made the most of his knowledge of electronics and engineering with projects that may make it easier for him and others to manage their condition. That work recently secured him a scholarship.

A recent graduate of the Hebrew Academy of Nassau County, Moskowitz was diagnosed with Type 1, or juvenile diabetes, at age 15, near the end of ninth grade. According to the Mayo Clinic, Type 1 diabetes diagnoses are concentrated in two peaks, the first between ages 4 and 7 and the second between 10 and 14. Adin’s diagnosis came late.

“It came as a shock,” said Moskowitz, who’s now 18. “Diabetes wasn’t in my family or anything, so we weren’t really expecting it. It was a big change to adjust to. I had to go to meetings to learn about dealing with diabetes, and adjusting to it. There was a lot of stuff I can’t control, but I realized what I can control is how I respond.”

Rather than let his diagnosis discourage him, Moskowitz used it as a motivator. “I wasn’t always sure how to respond,” he said, “but I always took it as motivation to try and succeed.” In particular, he has focused his interest in electronics on diabetes-related problems. “I like to tinker with electronics and code on my own time,” he said. “I’ve been hoping to use that interest in solving prevalent problems in the diabetes community.”

One such project was connecting a glucose monitor to a digital screen. “It can be hard to check your blood sugar,” Moskowitz explained. “Even with a continuous glucose monitor, it can be tough to always check, so I started figuring out how to connect it to a screen over Wifi. Through research and trouble-shooting, I was able to connect it around the end of 10th grade. It’s worked great, and I’ve been trying to make improvements since then.”

Recently he has also researched alternate ways of checking his blood sugar. “Right now you have to either prick your finger or have a continuous glucose monitor,” he said. “Either way, it will always break through the skin.” He has experimented with using infrared light to non-invasively monitor blood sugar levels. “It’s difficult,” he said. “The readings come back inconsistent. I wasn’t successful, but have been doing research. A major obstacle was lack of access to the tech needed. Infrared is still promising, though.”

Moskowitz was eventually pointed in the direct of the Diabetes Scholars program by his endocrinologist. Diabetes Scholars is organized by the diabetes awareness nonprofit Beyond Type 1. Founded in 2008 as the Diabetes Scholar Foundation, the program aims to empower students with the disease, which, studies suggest, has a negative impact on a student’s academic performance due to stress and other factors.

Beyond Type 1 donations and proceeds from partner organizations fund Diabetes Scholars, which, since its founding, has given away nearly $2 million in scholarships. Moskowitz was familiar with Beyond Type 1 before hearing about the scholarships. “I used BeyondType1.org for articles, inspirational stories, and just practical help,” he said. “They have a tool where you can track your firsts with diabetes, like your first time skiing or your first time ice-skating. It’s really amazing to have a support group like that.”

In his senior year at the Hebrew academy, he applied for a scholarship, telling the organization about himself and writing essays about his life with diabetes. In May he was awarded a $1,000 Dexcom scholarship for science, technology, engineering, and mathematics majors. The money will help defray his expenses at Cornell University this fall. “At Cornell I plan to study mechanical engineering,” he said, “but I’m also interested in computer science and electrical engineering.”

He also hopes to continue working on some of the diabetes related projects he started in high school. “Cornell has a really great engineering facility,” Moskowitz said. “I’ll have access to tech I would’ve wanted on those past projects. I want to use the knowledge gained studying at college not only for the diabetes community, but for others with similar experiences.”