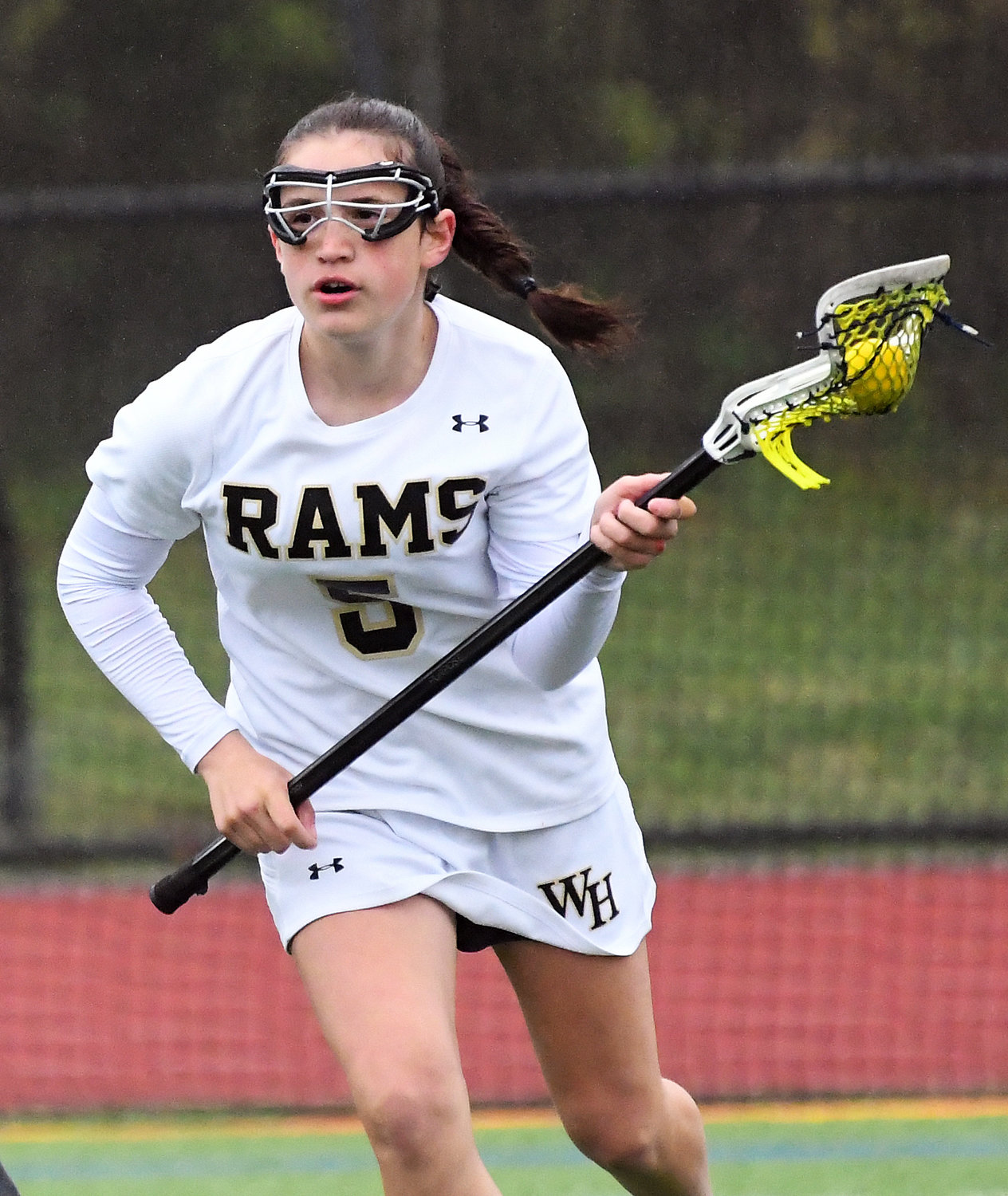 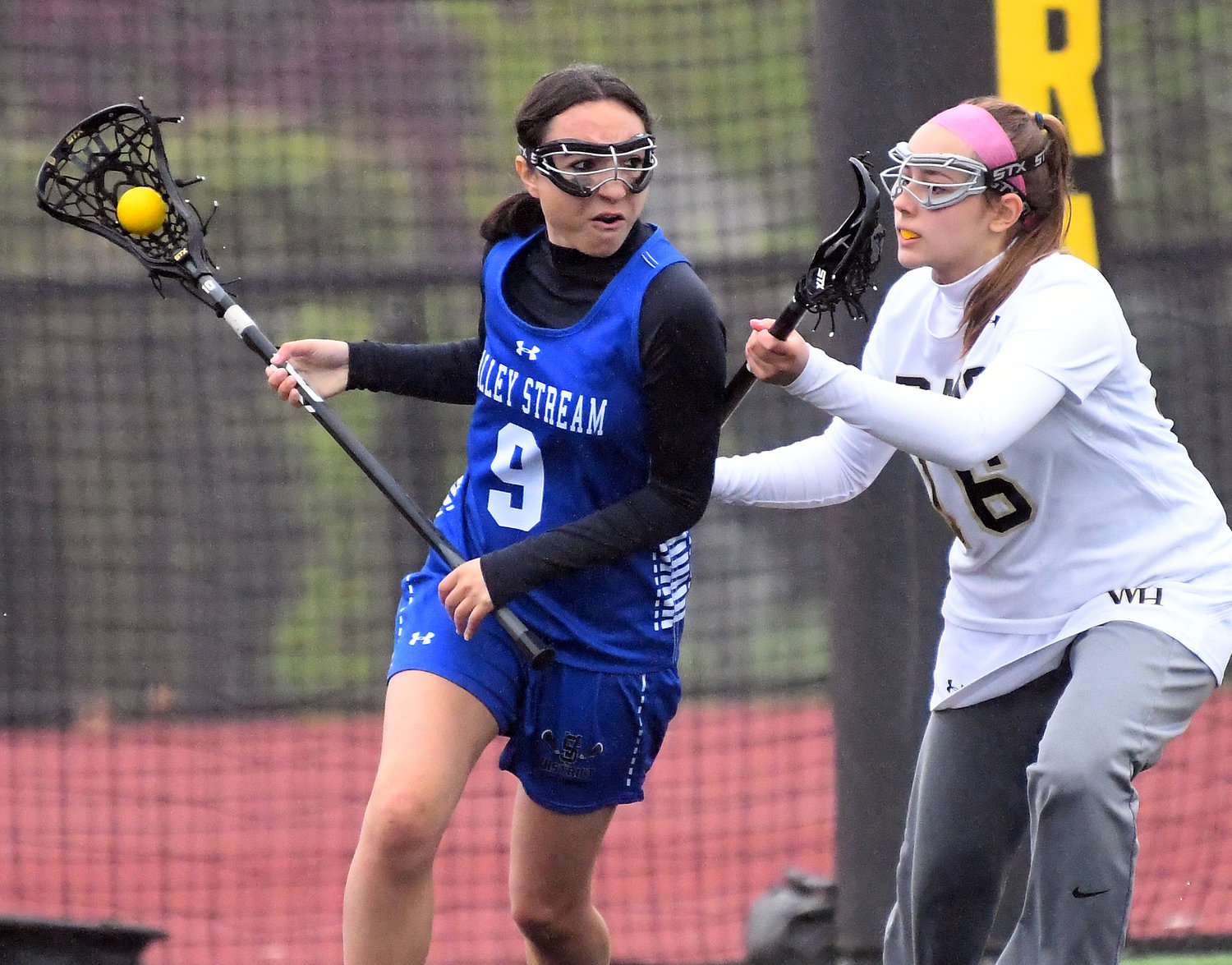 West Hempstead’s offense is starting to shift into full gear and the Rams are running with the lead pack in Nassau Conference V girls’ lacrosse as a result.

“Elizabeth, Gianna and Mackenzie [Cates] have meshed well together,” Rams coach Suzanne Kenney said after the game. “The past three or four games Elizabeth has been doing a great job of seeing the cutters and making good decisions with the ball. She’s our point guard from the back of the net and it’s fun to watch when it works.”

Cates, a senior, added two goals and one assist, while junior Taliah Thompson, filling in for starting junior goalie Glenda Garcia, made 7 saves. Garcia was remarkable a week earlier in a 12-9 loss at Glen Cove, turning aside 17 shots to keep the Rams close throughout.

Cardillo scored four goals in the first 16 minutes against Valley Stream, and her final goal in the closing minute was her 40th of the season. That ranked her in the top 15 in the county in goals at the time. “Gianna does it all,” Kenney said. “She’s aggressive with and without the ball, she’s a strong defender and also our primary draw girl.”

Poirot scored the last three goals of the first half as West Hempstead built an 8-0 lead at intermission. In her first-year varsity campaign, she had 35 goals and 13 assists through nine games. Cates had 15 goals.

“Our overall team offense has picked up,” Kenney explained. “We’ve gotten away from trying to do too much one-on-one.”

Defensively, freshman Sara Dos Santos used her soccer IQ and speed to get the job done along with senior leaders Catherine Andree and Ileen Cruz-Munoz.

After Cardillo and Poirot scored within the first two minutes of the second half, Valley Stream picked up its level of play and responded with six strong minutes to cut into the deficit. Junior Victoria Salisan got the visitors on the board with 19:51 remaining. Daly followed with two goals, including one shorthanded, and junior Kamryn VanEtten, who won three draws in row to keep its momentum going, scored her 19th of the season to make it 10-4.

“At halftime we made some adjustments defensively and our midfield started to play better which gave us some possessions early in the second half we were able to convert into goals,” Valley Stream assistant coach Rob Tronolone said. “VanEtten is our leader on offense and Santana has been playing great in goal all year.”