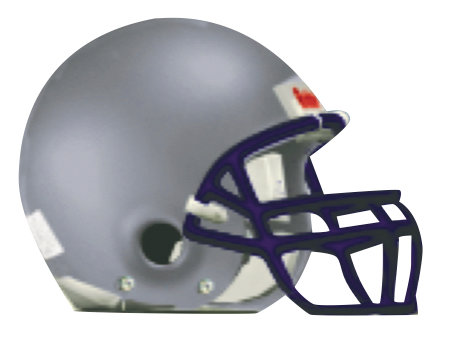 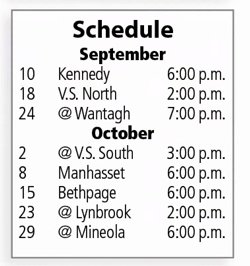 As the No. 10 seed in Nassau Conference III, Hewlett’s road to the playoffs would likely need to include one victory against an opponent with a higher seed to go along with wins over all those seeded below the Bulldogs.

“All we’re focused on is the first game against Kennedy,” head coach John Palladino said. “Our opener is pivotal. We have to coach, practice and play like our hair is on fire every week. It’s going to be a fun challenge to try to make the playoffs, but we have a lot of work to do.”

Hewlett comes off a 2-4 season that included narrow defeats to Valley Stream North and Valley Stream South. The Bulldogs will have a chance to avenge both losses with North visiting in Week 2 and a trip to South on the docket in Week 4. They’ll also face Wantagh, which won Conference IV last season and features Palladino’s son Drew as a starting lineman.

Producing a competitive offensive line is Palladino’s biggest concern after the majority of last season’s group graduated. Senior tackle Ronald Ilyaich and junior guard Jadon Margulies bring good size and experience, but the other three starting spots were up for grabs heading into a scrimmage with neighboring Lawrence on the first Saturday of September.

One major asset the Bulldogs bring to battle is senior quarterback Mark Winkler, who earned All-County honors last season. Winkler rushed for 621 yards and 8 touchdowns and threw for 336 yards and a pair of scores in the read-option scheme. “In our system, we take what the defense gives us and it’s all on Mark to make quick decisions whether to keep the ball or pitch it,” Palladino said. “He’s a strong and tough runner who can throw when we ask him to. He got better each week.” Junior John Cusumano saw action at quarterback in all six games last season in addition to handling punting duties and is expected to command the same roles.

John Zenny will once again be a factor in the offense as the lead rusher after carrying a team-high 91 times for 516 yards and 7 touchdowns as a junior. He also had a receiving score. “He’s an inside runner who can grind out tough yards and rip off chunks,” Palladino said of Zenny, one of the school’s top wrestlers.

Senior Evan Greenberg peaked towards the end of last season and will look to pick up where he left off in April. At halfback, he blocks well and has reliable hands out of the backfield. As a defensive end, he’s no stranger to picking up a sack or forcing a fumble, Palladino said. Senior Stephen Hoffman brings the most experience at wideout.

Defensively, Palladino said senior nose guard Jacob Maiorano, a standout wrestler, to set the tone up front and play every important down. “Jacob is a strong, hard-nosed defender who usually draws a double team and clogs the middle,” the coach noted.

With senior Ryan Player moving from the secondary to linebacker to join seniors Eli Menache and Anthony Yakush, Palladino is counting on the experience and strength at the position to help lead the unit. Player has a high football IQ and added size during the offseason. Menache might be the smallest kid on the roster but more than makes up for it with his work in the weight and film rooms and his tenacity on the field, Palladino said. Yakush was the team’s second-leading tackler last season and has a nose for the ball.