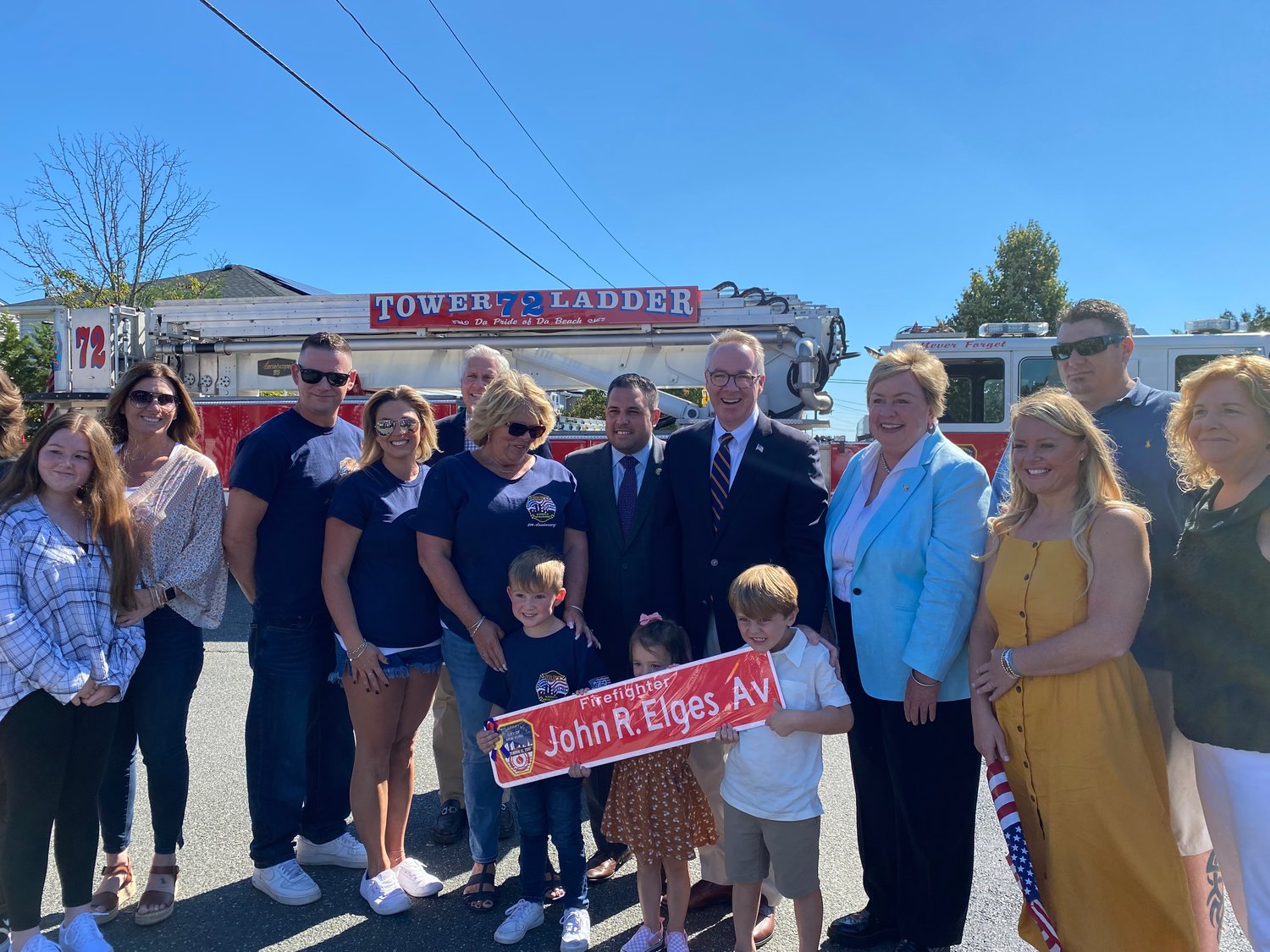 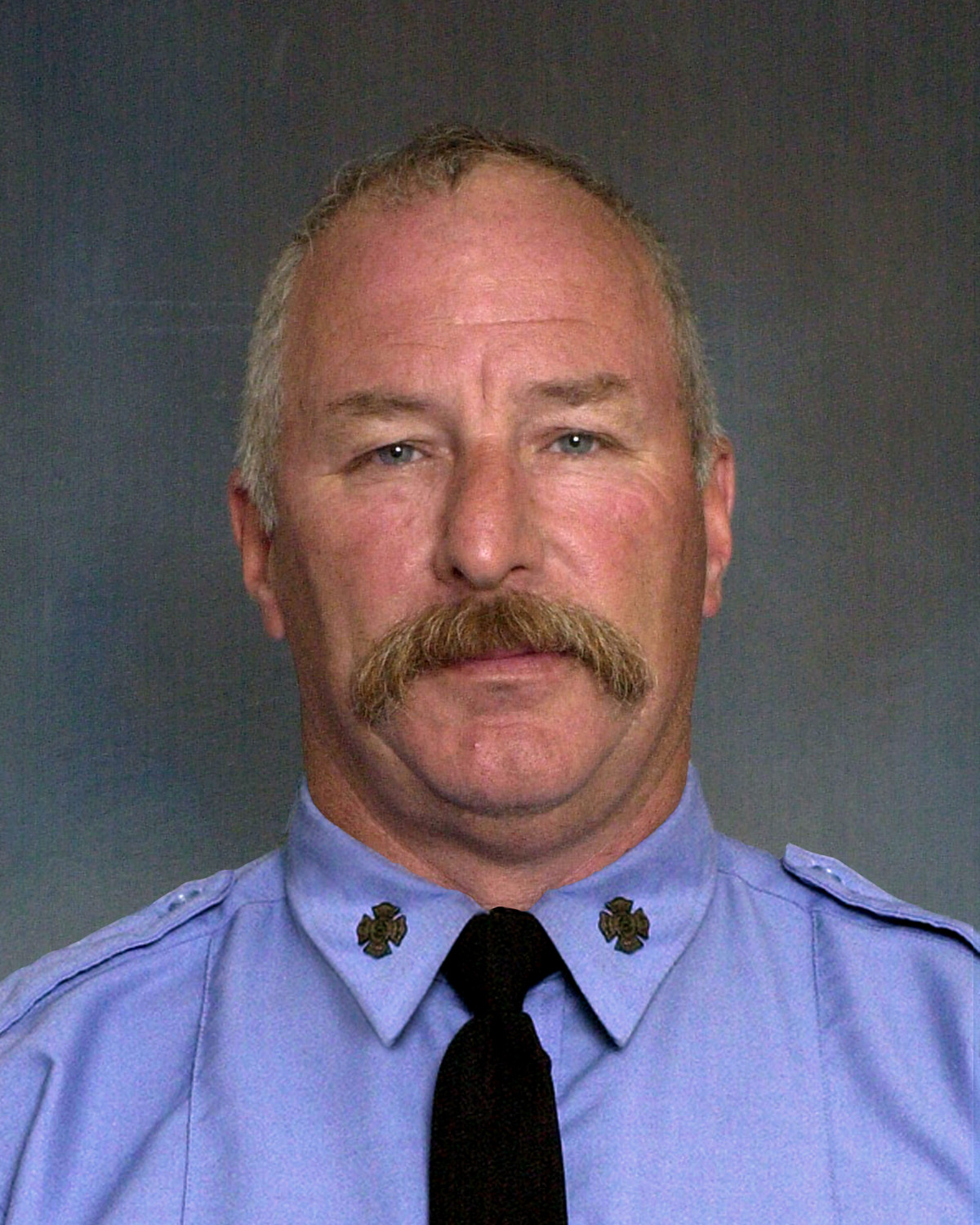 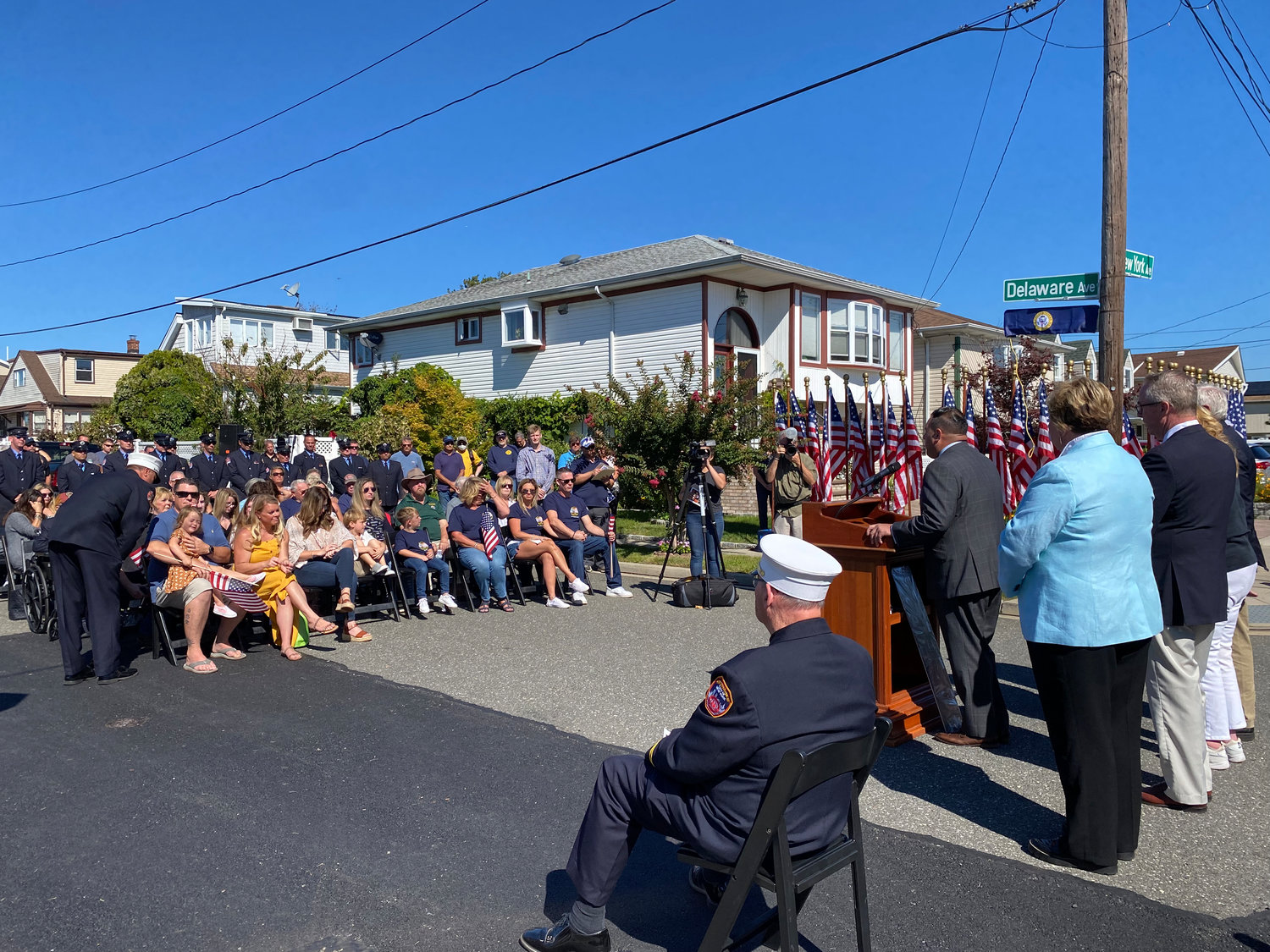 You guys went above and beyond, as always, and it means so much to me and my family.”
John Elges, John R. Elges’s son
By Tom Carrozza tcarrozza@liheral.com

Two weeks after ceremonies marked the 20th anniversary of the Sept. 11 attacks, the Town of Hempstead honored another fallen hero. On Sunday morning, Delaware Avenue, in Island Park was ceremonially renamed for retired New York City firefighter and Long Beach volunteer fire captain John R. Elges. His son, John, and his family live in the village.

Dozens of Island Park residents and firefighters, along with Long Beach firefighters, in bunker gear and in uniform, crowded the corner of Delaware and New York avenues. The ceremony began with the sound of bagpipes piercing the cool morning air as the FDNY Ceremonial Unit marched toward the podium in the middle of the intersection, in front of Elges’s family members and friends.

John Elges, the firefighter’s son, thanked the community and firefighters for honoring his father. “You guys went above and beyond, as always, and it means so much to me and my family. … As I stand here and look around and see familiar faces in the crowd, it’s overwhelming, and you guys are in our hearts.”

“Those of us who have served on the job know that there is no greater credit to yourself than when someone calls you a ‘cop’s cop’ or a fireman’s fireman,’” Town Councilman Anthony D’Esposito said. “You ask anyone who knew John Elges, and they’d say he was a fireman’s fireman. He cared about his guys, his firehouse, his service, his community, and most importantly, his family. We’re here to make sure that legacy lives forever.”

“This community, the local Fire Department, and friends and neighbors all deserve recognition for being here for this renaming, so a memory is not lost and a life is not forgotten,” Town of Hempstead Supervisor Don Clavin added. “Our job is to remember and never forget, and also respect all of our men and women in uniform.”

Elges took part in the rescue and recovery work at the World Trade Center site for 10 days after the attacks. He was diagnosed with throat cancer in 2015 due to exposure to the toxins at the site. The cancer spread to his lungs and brain, and he died on Sept. 15, 2018, at age 60.

Elges spent 24 years at Ladder Company 134 in Far Rockaway, Queens. He joined the Long Beach department in 1989, and served as captain of Tower Ladder 72 there for 15 years. His seven grandchildren can now look up at the commemorative street sign in Island Park and know that their grandfather is a part of the village’s history and legacy.