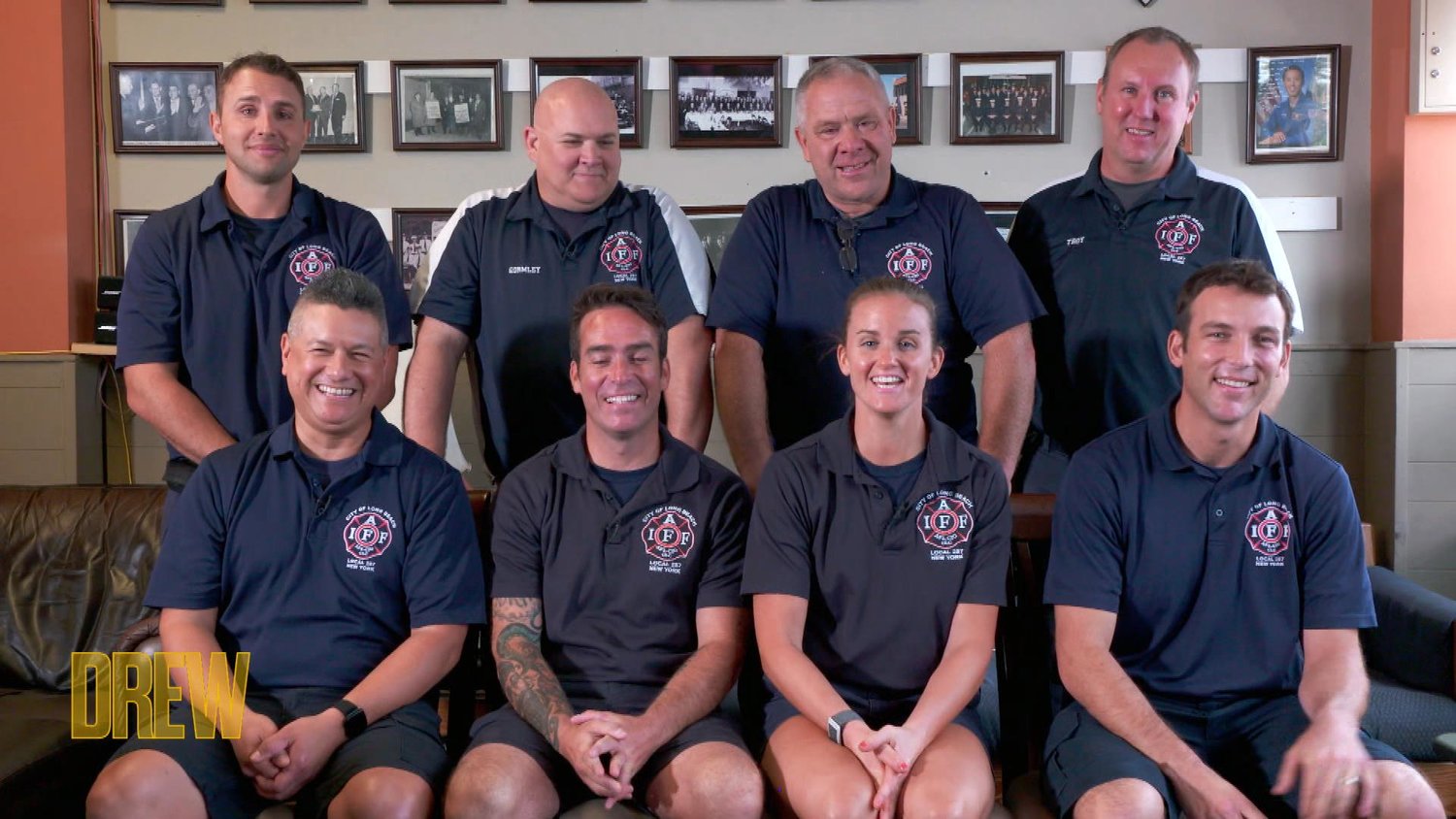 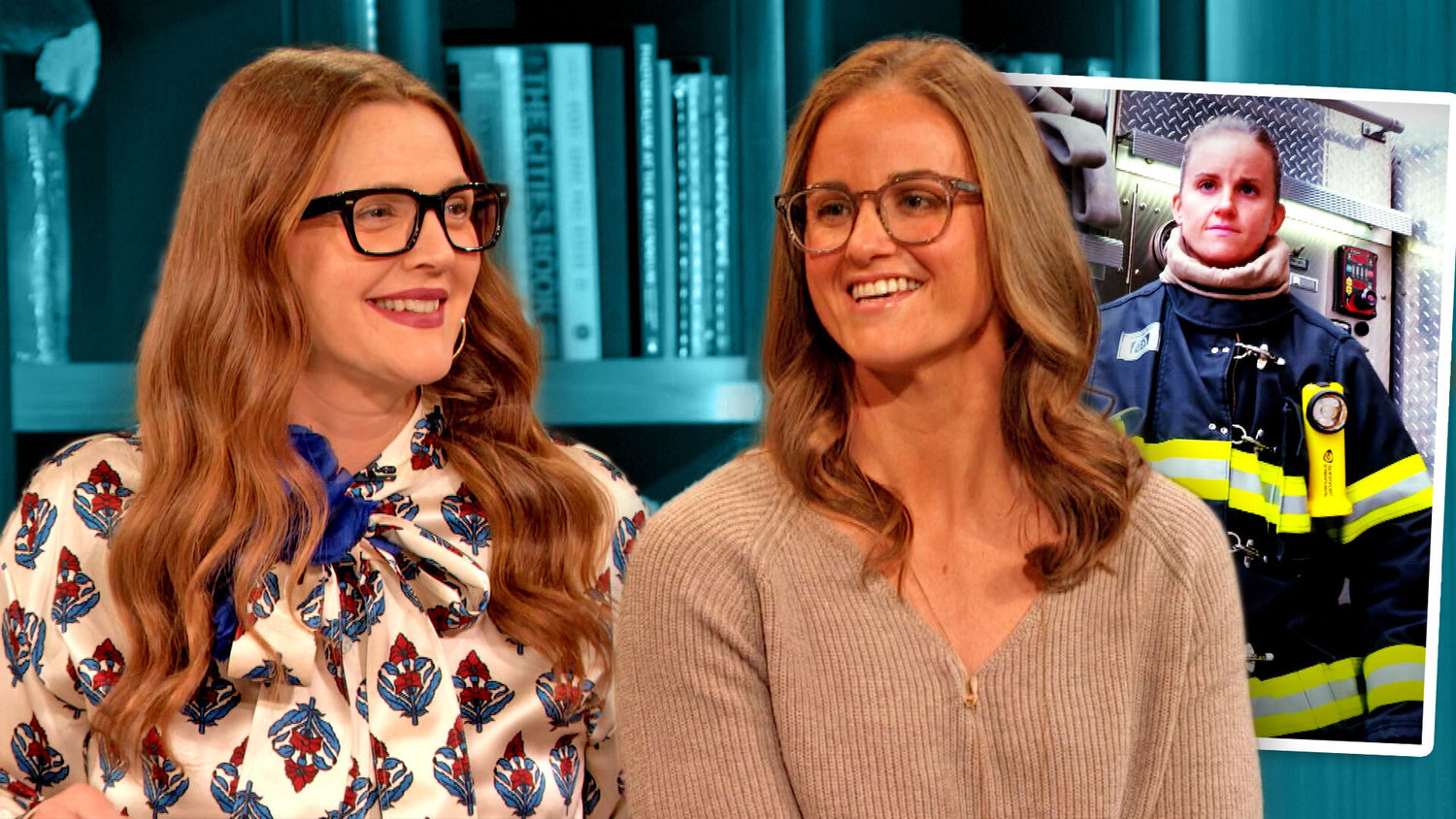 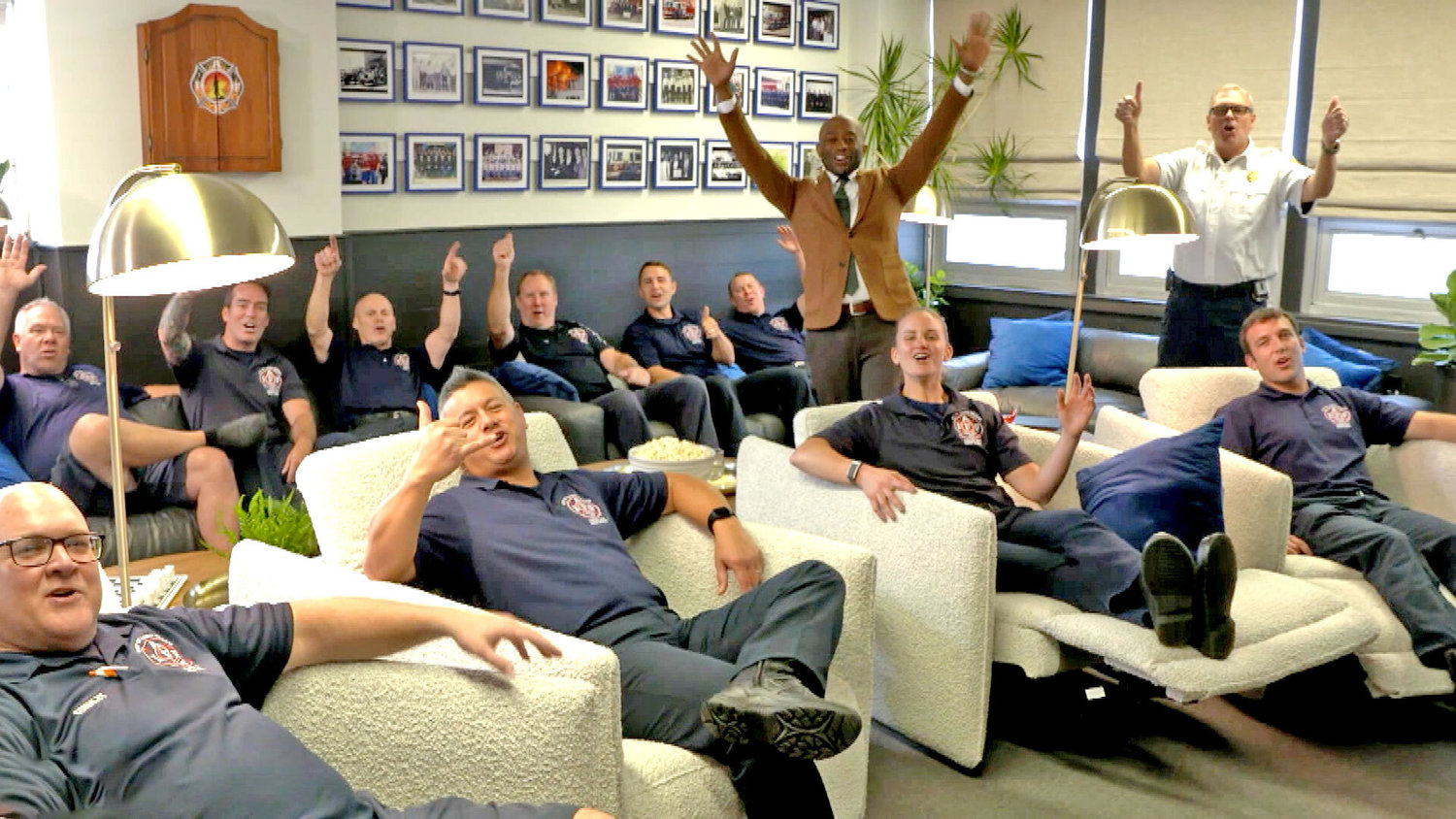 Firefighters tried out the furniture in their newly appointed lounge with the show’s designer, Mikel Welch.
Previous Next
By Brendan Carpenter

Lewis, who is known as Cat to her fellow firefighters, was sworn in as the first paid female firefighter in the department’s 111-year history in March, which Barrymore noted.

“It was a really cool experience,” Lewis said of appearing on the show. “It was really nice to have all of us recognized, not just myself.”

The segment also featured other Long Beach firefighters speaking about Lewis. Sam Pinto, who is also a paramedic and school board trustee, said that having Lewis in the department makes it more like a family, and that she helps move the department forward.

The department, he said, never prevented women from joining, but Lewis “scored exceptionally well and did great on the physical,” setting her apart.

Along with recognizing Lewis, Barrymore also redecorated the lounge at department headquarters during the segment “Designed by Drew.” She collaborated with the show’s interior designer, Mikel Welch, to reimagine the area.

“We really wanted to have an awesome recreational space,” Welch said while unveiling the renovation during the show, “a space where you could just chill and relax.”

The redesign included new chairs, couches, a dining area, a coffee bar with an air fryer from Barrymore’s appliance line and a wall to display firefighters’ helmets. Barrymore said she wanted to “incorporate the helmets in an artistic way to honor the history of where they’ve been and where they’re going.”

“We had no clue about the renovation, and it was a nice surprise,” Lewis said. “The den is so nice, but it’s also functional. The [helmet] wall is also a great way to pay homage to those before us.”

Lewis told Mikel Welch that the den is “better than what could’ve been asked for.” She added “I know I speak on behalf of the entire [department] when I say we are very thankful and appreciative, and we couldn’t be happier.”

Pinto said the new den meant a great deal to the firefighters and “expressed a moving forward of the department,” noting, “We work 24 hours, 365 days, and in between emergencies and helping people, we need a space to decompress.”

Lewis, Pinto and the rest of the department gifted Barrymore a Long Beach custom firefighter’s helmet with her name on it as a ‘thank you’ for the den renovation. The helmet featured her name and the traditional red and black shield with the LBFD inscription. Barrymore was moved by the gesture, thanking the department as they thanked her.