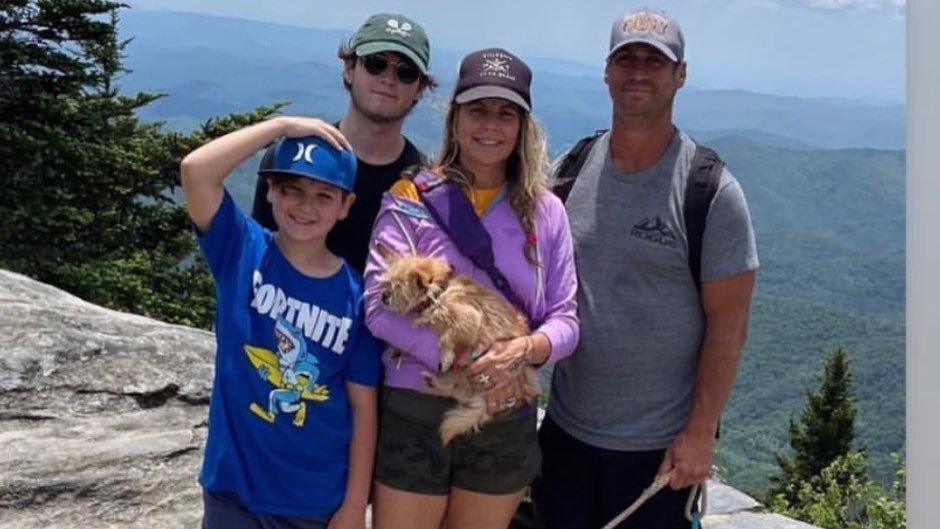 Casey Skudin, a member of the well-known Long Beach Skudin surfing family, was killed last Friday in a freak accident in North Carolina, when a tree limb fell onto the car he was driving during a windstorm, according to North Carolina police.

Skudin, a lifelong Long Beach resident and a highly decorated New York City firefighter, was traveling with his family at the time of the accident. They were celebrating his birthday. He would have turned 46 on Sunday.

His wife, Angela, and their two sons were also in the car. Angela Skudin escaped unharmed, but police reported that one of their sons was injured and hospitalized.

Members of the Skudin family gathered on Monday at the Skudin Surf Shop on the boardwalk and Riverside Boulevard to share memories of Casey, who was also a Town of Hempstead lifeguard and a CrossFit coach.

“Angela wants everyone to know that he was a great father,” said Casey’s cousin Cliff Skudin. Cliff said that Casey took his sons on trips to Montauk and Costa Rica to surf.

Another relative, Ian Skudin, said, “People looked up to him. He lived humbly, led by example and always did the right thing. People always listened to him and followed him. He was respected.”

On Tuesday night, the Long Beach City Council held a moment of silence to honor Skudin and offer prayers for the Skudin family.

Casey Skudin joined the New York City Fire Department after the attacks on the World Trade Center in 2001. A friend had been killed in the towers, said James Mulvaney, of Long Beach, a family friend.

Casey was awarded the Fire Chief Association Memorial Medal in 2010 for bravery, after he dived into the ocean the year before during a rainstorm with heavy gusts to rescue a surfer who had been trapped underwater by the leash of his surfboard.

Skudin earned a degree in marine biology from the University of North Carolina in Wilmington. He was stationed at Ladder 137, at the Beach 116th Street firehouse in Rockaway Beach, and according to the FDNY, he won multiple medals for rescues off the Rockaways, and for helping residents during Superstorm Sandy in 2012.

North Carolina police said the accident happened on the Biltmore Estate, a tourist attraction in Asheville. Angela Skudin posted on Facebook that the family was celebrating Father’s Day and her husband’s birthday.

“During a weather event involving high winds, a tree fell across a road on the estate entrance and struck a guest vehicle,” a spokesperson for Biltmore said in a statement.

Angela Skudin wrote in her Facebook post that she and her older son, Ben, “made it out with only a few scratches,” but that their youngest son, C.J., 10, was hospitalized “with mild injuries.”

The Skudin family owns Skudin Surf in Long Beach and another surf shop in Rockaway Beach. It also owns a surfing facility in New Jersey. The family operates Surf For All, a nonprofit that offers surfing lessons to children with disabilities such as autism.

Angela Skudin is the owner of Codfish Cowboy, a clothing and novelty store in Long Beach.

“He’s one of the local folks everyone knows,” Mulvaney said of Casey Skudin. “He was a sweet guy, and very funny.”

Angela Skudin concluded her post: “It is with great sadness that I announced the passing of my Rock, my partner of 20 years @cskudin you are so very loved and so missed … our family will be healing for eternity.” She ended with a broken-heart emoji.

The FDNY Ceremonial Unit will host a funeral service at Towers Funeral Home, in Oceanside, on Friday at 11 a.m. A paddle-out in Skudin’s honor will be held on Sunday, at 9 a.m., in Lido Beach.