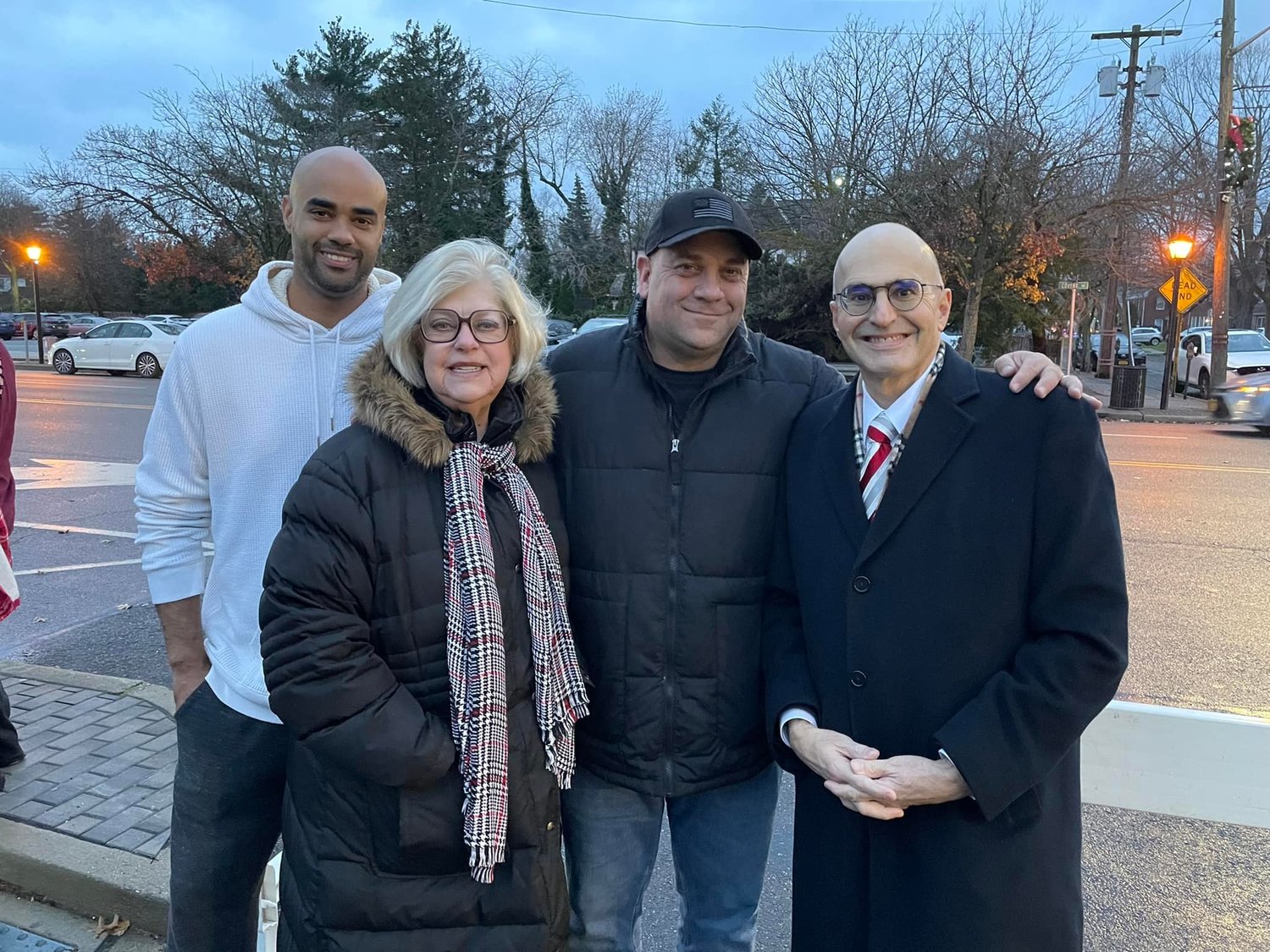 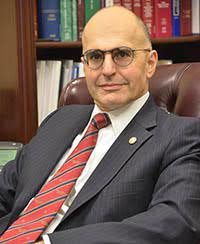 Giuffré was sworn in as a member of the Nassau County Legislature on Jan. 10.
Courtesy Giuffré Law Offices
Previous Next
More about John Giuffré

•The new county legislator has been a trial lawyer for over 30 years, and his law firm, Giuffré Law Offices, focuses on motor vehicle cases, construction site injuries and more.

•He is from Stewart Manor, and is 57 years old.

•He is a Republican who has never held public office.

•He is a member of the Nassau County Bar Association’s Ethics Committee.

•He earned a bachelor’s degree at Columbia College, and was the editor of the Journal of International Business Law at the University of Pennsylvania Law School.

A few days after Thanksgiving, a man received a Covid-19 vaccination after waiting outside the Rite Aid in Franklin Square’s Franklin Plaza and asking staff heading home for the night if there were any vaccinations left over from the day’s supply.

Today, that man, John Giuffré, of Stewart Manor, the newly sworn-in Republican representative of Nassau County’s 8th Legislative District, is encouraging his constituents, including residents of Franklin Square and Elmont, to get vaccinated against Covid-19.

Although Giuffré, 57, said he hoped to focus on offering constituents “traditional” services, other legislative goals he detailed, such as tackling the coronavirus pandemic through a push for higher levels of vaccination, are less traditional.

“I hope to be able to represent the people of the 8th Legislative District with very traditional, basic things provided by the local elected government,” he said, citing plowing and repairing local roads and providing fair property value assessments as examples of more traditional policies.

Joseph Cairo, chairman of the county Republican Party, called Giuffré “a latter-day Vinny Muscarella” in a previous Herald story, hinting that he sees him as a fitting successor to Muscarella, as someone who will focus on issues historically important to conservatives. “He’ll do a good job, we feel, in representing the 8th District,” Cairo said.

Giuffré, now the chair of the Legislature’s Senior Affairs Committee, stressed the need to reduce coronavirus death rates and slow the spread of the Omicron variant.

He detailed some of the policies he plans to push for to counter the pandemic, including federal funds for infrastructure improvements, which can help combat the spread of the virus. Giuffré said he hoped federal CARES Act funding would be used to update heating, ventilation and air conditioning systems across the county.

He praised county Health Commissioner Lawrence Eisenstein for providing information about the pandemic to the public and to elected officials. “I think he’s done a good job advising people of responsibility,” Giuffré said, adding that Eisenstein has given the Legislature weekly updates on the state of the health crisis.

Giuffré also expressed admiration for the science and technology that is unlocking the secrets of Covid-19. He said it was “fascinating” that anti-viral pills were being developed by companies such as Pfizer, and added that he would likely support the use of the pills to fight the virus.

Despite the spread of the highly contagious Omicron variant, he said, those who are vaccinated and have received a booster dose no longer face a “mortal threat” from the virus. “We should be guided by and push the science,” Giuffré said, stressing that if more people are vaccinated, death rates will continue to decline, and “the vaccination will suffice” going forward for people without comorbidities — illnesses and conditions that put some at higher risk.

To counter the pandemic in the future, Giuffré said he would promote education on testing and vaccines and more government-run vaccination sites. “I’m telling people to get vaccinated,” he said. “This could be with us for a long time.”

He added that he planned to help distribute more at-home tests to communities across the 8th L.D.

Giuffré said he had worked to establish relationships with community organizations during his campaign, and that he hoped to hold more in-person meetings with civic groups and other local organizations as the virus “becomes less of a factor.”

“I want to be out in the district,” he said.