‘Greetings from Baldwin’ mural is done 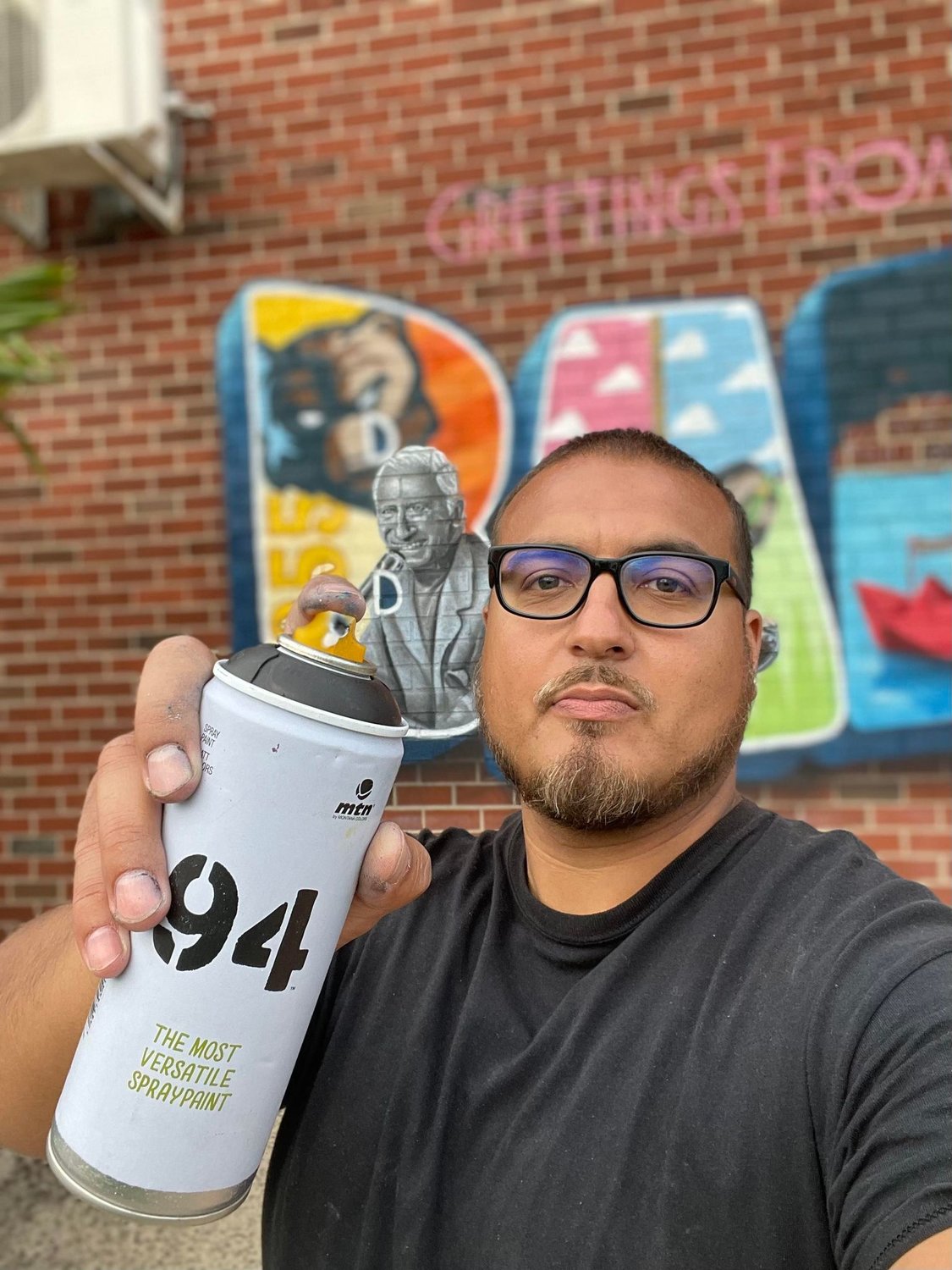 The mural partially completed and Andaluz The Artist.
Andaluz the Artist 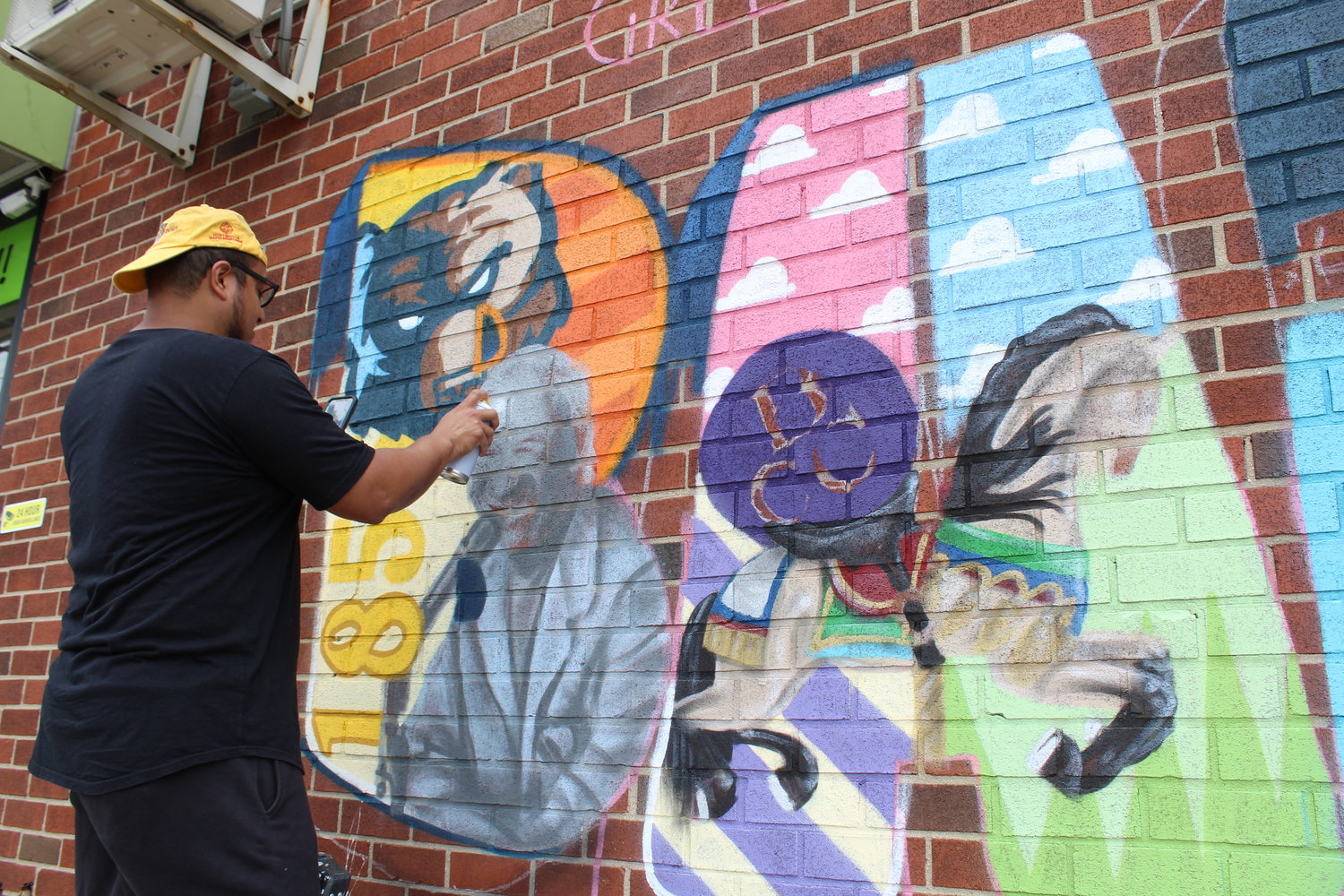 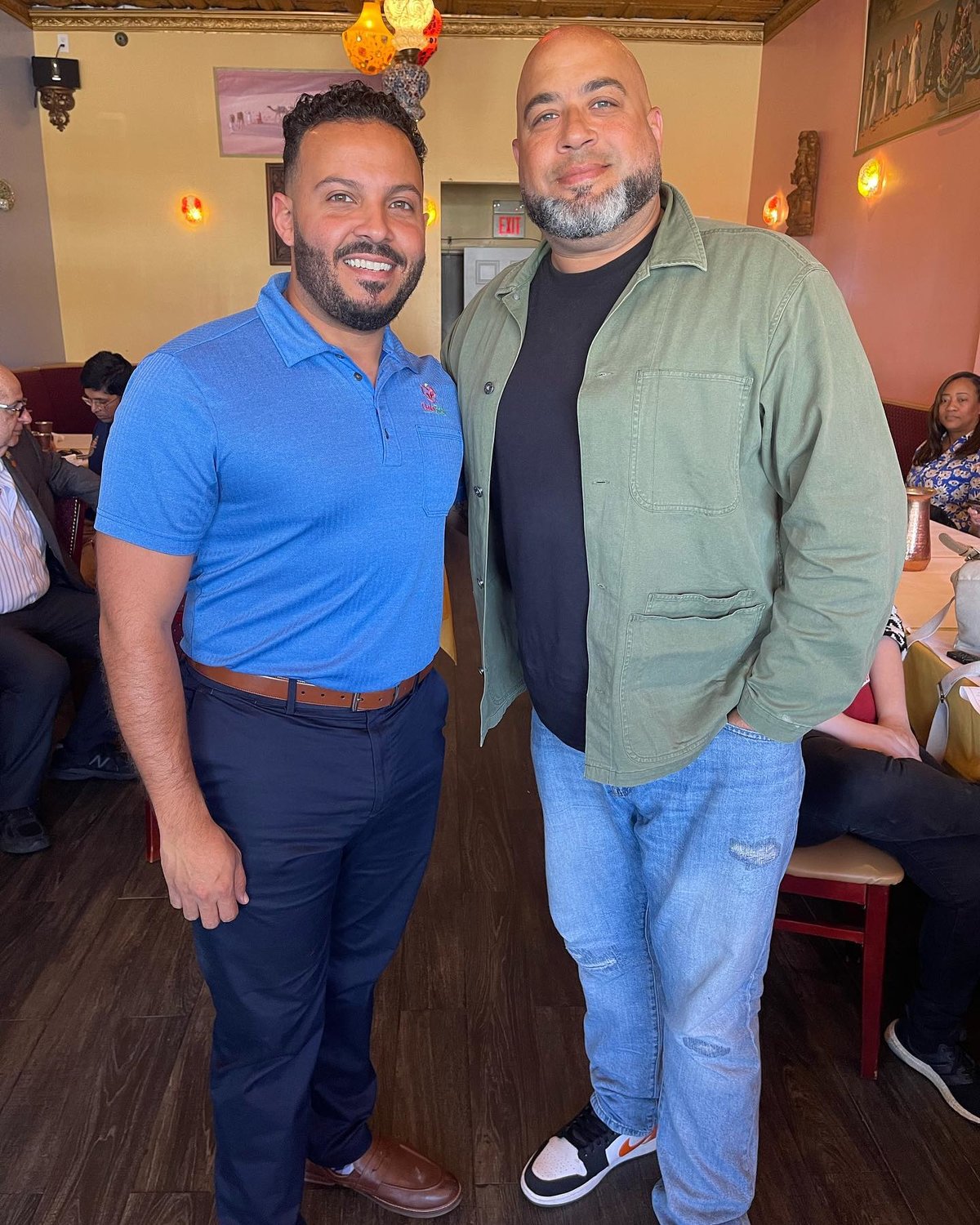 “Greetings from Baldwin,” a 10-by-18-foot postcard mural, has been completed on the brick wall of the Deli Boy, on Atlantic Avenue, by viral street artist Efren Andaluz III, known professionally as Andaluz The Artist. Initially a concept by a 20-year Baldwinite, Steven Velazquez, who sought funding from the Chamber of Commerce last year, the mural features Baldwin legends including the late Yankees announcer Bob Sheppard and photographer Moneta Sleet Jr., and scenes such as the annual paper boat race, and is expected to add buzz to Baldwin and attract visitors who will spend money at local shops.

Velazquez, who wanted to create the mural for years, said at a chamber meeting on May 11 that its completion was only the beginning of efforts to show it off, and that he planned to print postcards and a calendar with all the sponsors of the project. “People are going to see this image around the world,” Velazquez said, expressing the hope that once postcards are in shops, Baldwinites will send them to family members everywhere.

He also wants more murals done by Andaluz The Artist around Baldwin to create excitement, inspire those who drive past and drive more traffic into the hamlet. He hopes that one will eventually be done at Baldwin High School, featuring notable alumni, as well as a solo piece of Baldwin astronaut Jasmin Moghbeli.

Andaluz The Artist has seen the transformation a mural can bring to the community in his hometown of Huntington, saying, “What’s going to happen now is, people are going to come here to take pictures, and when they come here, a lot of them are going to be hungry. They’re going to walk around, buy food. It drives traffic, it brings money into the town and definitely helps out the community.”

It also is a work of art you don’t have to pay to see. Andaluz The Artist, who studied art at the Fashion Institute of Technology, says there is a personal transformation among those who view the art. “Sometimes you just see regular walls, and everything looks regular, and then when you see a pop of color it changes people,” he said. “So something so small — sometimes it’s like little things like this are what kind of changes the people’s environment, and changes thought process.”

Cheering on his younger cousin while he was painting was Jimmy Andaluz, a Baldwin firefighter who is delighted to see this change in his neighborhood. “I’m very proud of him, especially since this is my 20th year in Baldwin,” Andaluz said. “I give back to the community as much as I can by joining the Fire Department, but having this done in the town that I love, it’s incredible, especially since it’s with family.” Jimmy loves the mural so much, he said, that he’s encouraging department Commissioner Douglas Wiedmann to have a mural done in the Hose Company 3 kitchen.

Franky Jorge, president of the Chamber of Commerce said at the chamber meeting two weeks ago that the completion of the mural will make Baldwin a point of interest and will encourage a new customer base in town, and concluding by saying simply, “There is more to come.”