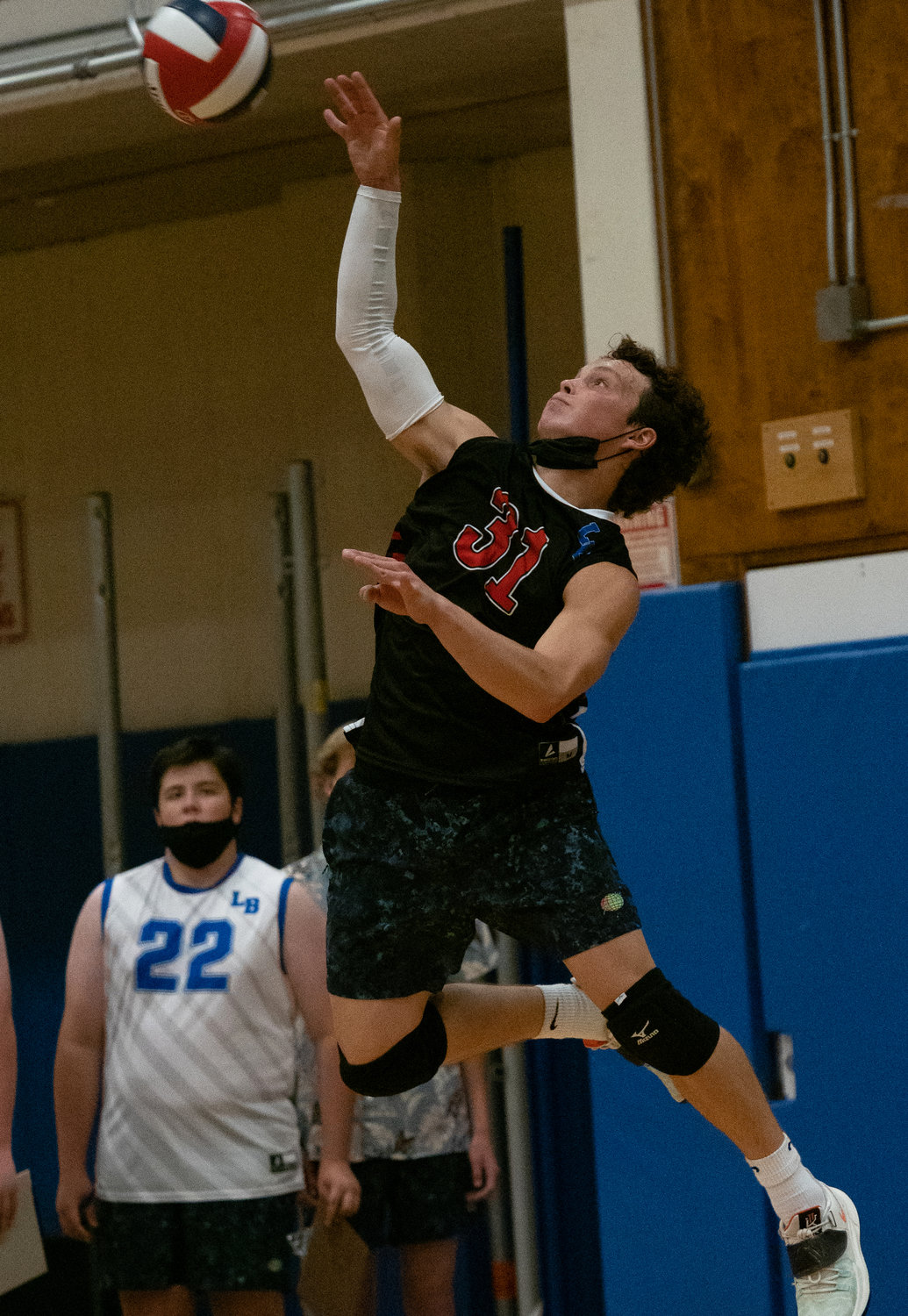 The Long Beach boys’ volleyball team entered the season with lofty expectations following a highly successful campaign in the spring.

The Marines are making good on these expectations in the early going, as they held a 3-1 record through four matches. Second-year coach Nicholas Smith is by no means surprised by the team’s immediate success. “When our kids are playing with positive attitudes and good energy we are very tough to beat,” Smith said.

Experience is very much a strength for the team, as most of the Marines’ key contributors are seniors. Their setter Michael Haskins and outside hitters Daniel O’Connor and Joe Cieleski are key returnees. Haskins leads the team with 115 assists through four contests. Cieleski also has provided stable attacking so far, as he has totaled 42 kills thus far.

Long Beach’s defensive line is also a general strength. Senior JD Sarmunksnis entered the season with high expectations, and as of now he has validated those high praises. The starting libero has 87 digs so far, which already surpasses his total from last season. Senior middle blocker Bret Michaels has also been a key starter on their defense, as Smith stated that he has been a “dominant athletic force in each match.” Michaels shined brightest in their match against Port Washington, as he had 13 kills and 6 blocks throughout the five sets.

The first four matches were not a cakewalk for the Marines. They won their season opener in a nail biter against Port Washington, which went the full five sets. Long Beach won the first two sets and had to pull out the fifth, 15-13, after the Vikings pulled even. Sarmunksnis was quite active during this match, as he tallied a season high 27 digs.

They then lost their home opener to Massapequa in five sets, which Smith referred to as a “very electric match.” They got back on track with a four-set victory against Syosset and carried this momentum into another four-set victory against longtime rival Plainview old Bethpage. In this match against Bethpage, center Michael Haskins notched a season high 33 assists.

For Long Beach, its sights are set on nothing less than the Nassau Class A championship. The Marines were incredibly close to winning the elusive title last season, but lost to Massapequa in the championship match in three sets. Smith believes this ambitious target is attainable, considering the sheer number of talented seniors they have. However, the Marines will have to uphold a few key tenets in order to transform the title from a dream into a reality.

“In order to achieve our goals of being in that county final match and winning the whole thing,” Smith said. “We need to have strong serve receive, consistent service pressure, and a positive winning mentality.”

The Marines will continue to work towards that championship that evaded them. They host Jericho this Saturday at 3 p.m. and take on Lawrence next Tuesday at 7 p.m. The regular season runs until Oct. 22, when they play their finale against Plainview also at home.