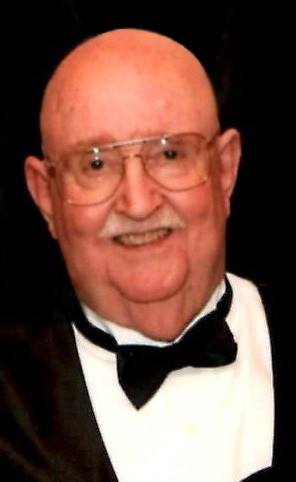 Brian F. Jennings, 69, of Indianapolis and a former Rockville Centre resident, passed away peacefully on Oct. 30, 2012, surrounded by his wife and children. He was born on Staten Island to Celeste (Hood) and Francis Jennings on July 10, 1943. Brian grew up on Long Island and graduated from Hofstra University, where he majored in political science. He married Susan Walsh on Dec. 14, 1968, two weeks after arriving home from a 13-month tour in Vietnam.

Brian achieved the rank of Major in the Marine Corps. During his tenure, he served as a Rifle Platoon and Company Commander in Cuba and Vietnam and was part of the First Bn. 9th Marines, known as “The Walking Dead.” Upon his return to the United States, he continued in the Marine Corps as a training and staff officer at MCRD, San Diego. Brian then joined the San Diego Sheriff’s Department and served as a patrol and jail deputy and a detective. After receiving his J.D. from Western State Law School, Brian moved to Indiana and began work at the Marion County Prosecutor’s Office in 1978. He served as a municipal court deputy and supervisor, felony screening supervisor, criminal court supervisor and a police training liaison officer. His trial experience included capital murder cases and specialization in narcotics prosecutions. As a deputy prosecutor, Brian created and served as director of the Metropolitan Drug Task Force from 1987 until 2008.

In addition to his professional accomplishments, Brian was equally devoted to his family. He often acted as basketball coach for various teams for his six children, and spent countless hours cheering in the stands at any number of basketball, football or baseball games, wrestling matches, Irish dancing competitions, or theatre productions for his kids and grandkids. Brian was a voracious reader and was a true history buff. After his retirement in 2008, he began studying the bagpipes and loved to play for his grandchildren, who were always a most appreciative audience.

He loved tracing his ancestry and enjoyed numerous visits to Ireland to explore the country, follow his family roots, and take part in the local “craic” of the charming towns he loved to visit. He passed on this passion to his children, who made several trips to Ireland with him as their learned tour guide. Aside from being remembered for his humor, quick wit and story-telling ability, Brian will always be cherished by his family for the model of integrity, character, faith and courage that he was to us all. He loved God, his family and his country, and he taught his children to do the same.

Brian is survived by his wife of almost 44 years, Susan; his six children: Kelly, Michelle Brady, Matthew, Kevin, Keith and Maureen; and eight grandchildren: Reed, Liam, Anna, Avery and Finley Jennings; Meg and Emma Jennings, and Cara Brady. He is also survived by his sisters Patricia Gallagher and Frances Bevan and 15 nieces and nephews.

Memorial contributions may be made to Toys for Tots, The Wounded Warrior Project, or the National Kidney Foundation of Indiana. Condolences may be offered at: http://www.feeneyhornakkeystone.com