Graduates prepare for their next chapter of life 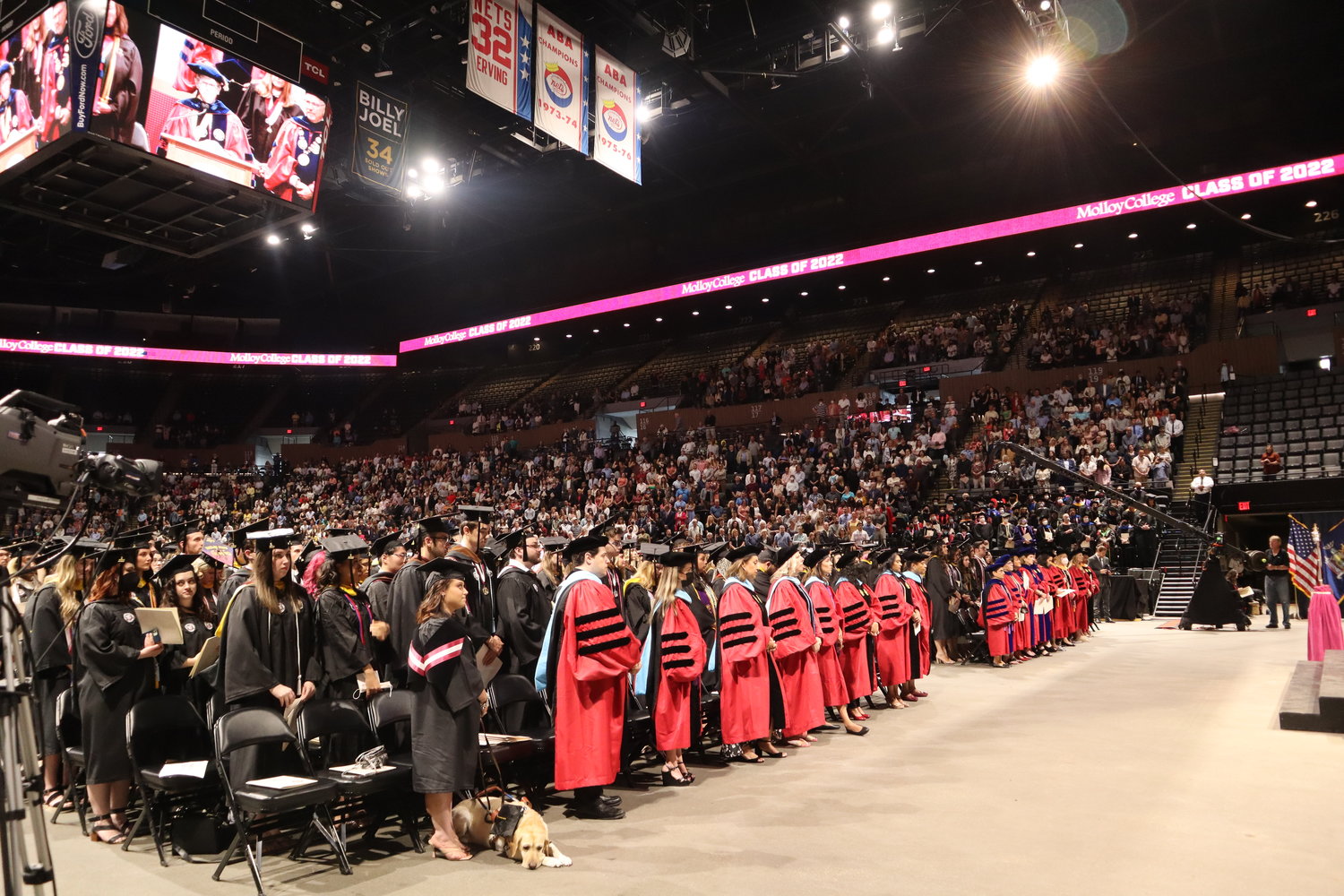 Molloy College hosted its final graduation ceremony on May 24 at Nassau Coliseum. It will go by Molloy University starting June 1.
Tom Carrozza/Herald 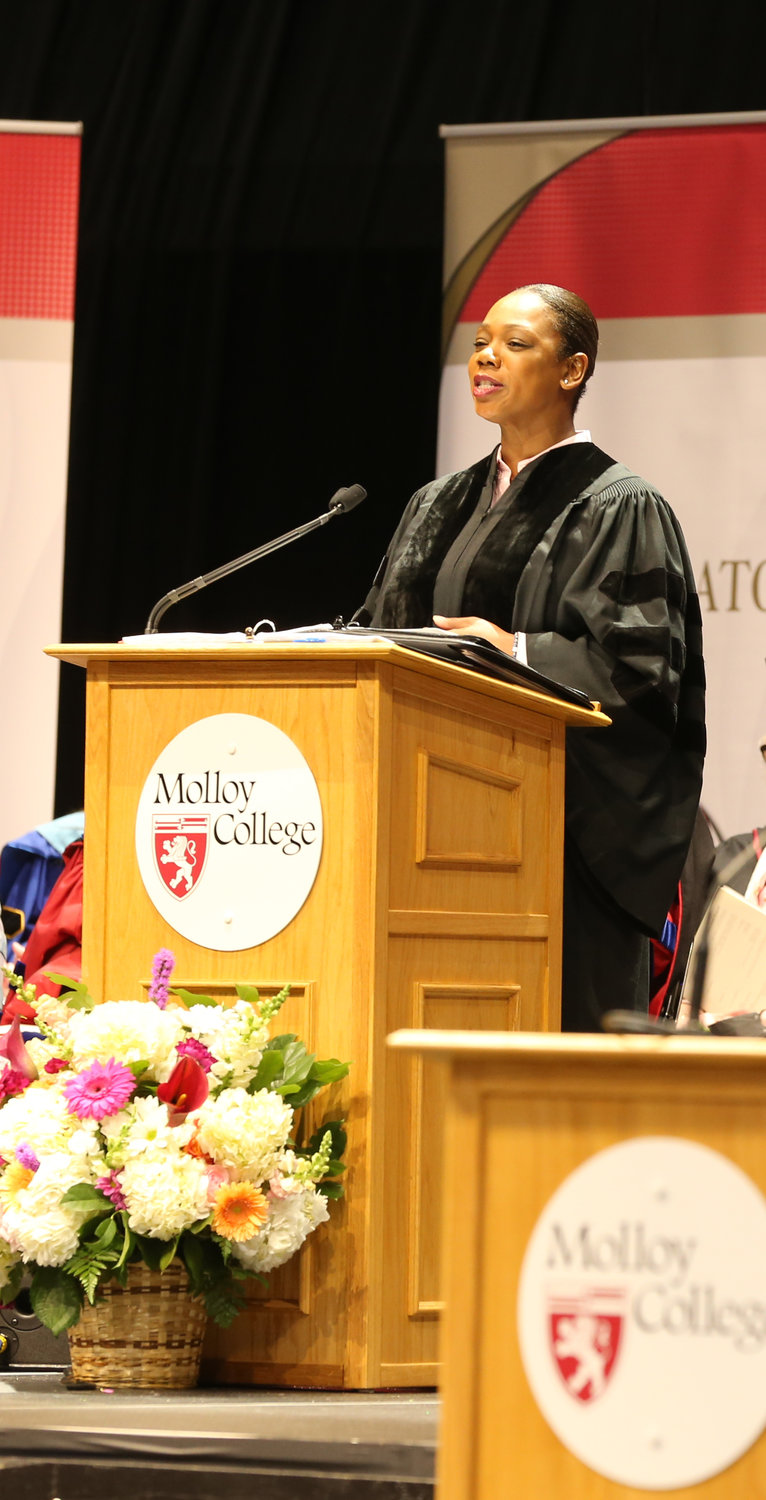 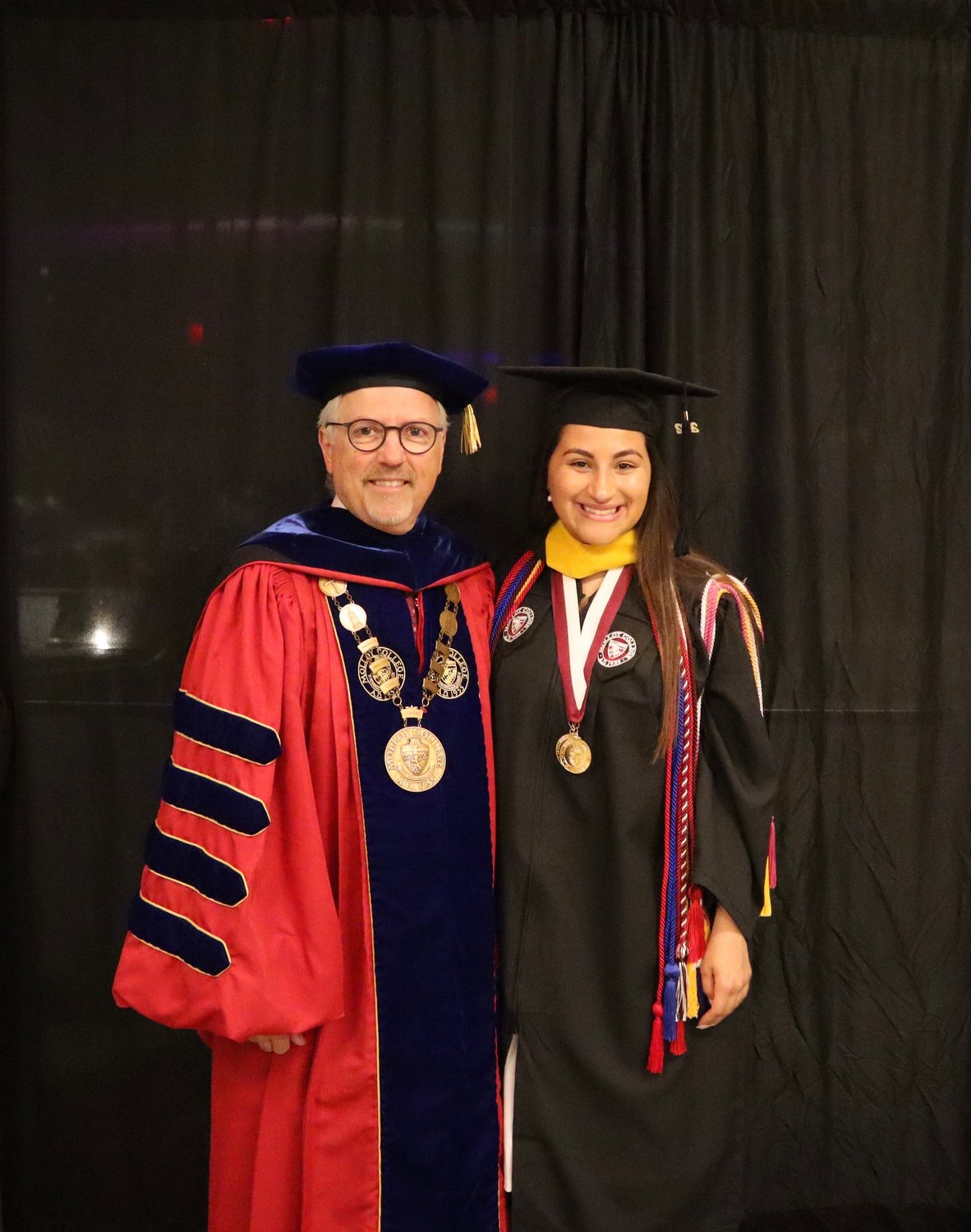 After two long years defined by the absence of in-person interactions, students at Rockville Centre’s Molloy College finally got to walk onto a graduation stage at the Nassau Coliseum on May 24.

The school celebrated its 64th and final commencement as a college before changing its name to Molloy University on June 1 after being granted university status this spring. The institution conferred 1,472 degrees last week, including 908 undergraduate and 409 master’s diplomas.

Valedictorian Alexandra Fiederlein, of Merrick, graduated with a bachelor’s in biology on the pre-medical track and a minor in chemistry. She shook off what she described as pre-ceremony nerves before delivering her remarks to the few thousand people in attendance.

Fiederlein said she hoped to open a birthing center that specializes in unmedicated births. She was inspired, she said, while volunteering as a doula at Winthrop NYU Hospital, where she provided physical and emotional support to women giving birth.

The commencement speaker, Keechant L. Sewell, commissioner of the New York City Police Department, encouraged graduates to embrace the next chapter of their lives and praised them for their fortitude during the pandemic. “Faced with the possibility of reconsidering your education, you simply recalibrated,” Sewell said. “You acclimated to Zoom, rallied for each other, and marshaled resources to thrive.”

Two of those resilient students were Goldera Surles and Courtney Chamblin, who both received bachelor’s in communications. It hadn’t been an easy four years for Surles, who grappled with the pandemic and the loss of her father and a sibling. “Multiple times I thought I was going to drop out of college all together,” she said, “so to be able to stand here today, I am extremely proud of myself.”

Chamblin, who graduated a year early, said that her class remained dedicated despite challenges. “All of us have worked so hard to get here,” she said. “I had to spend two years of my schooling online and only spent a year on campus, but still I felt the Molloy community coming back.”

Chamblin also worked on a documentary about the college’s becoming a university. She has seen much of its growth, because she used to come to the campus with her mother, Michelle, who has taught there for 20 years. The documentary will be available in the coming weeks on Molloy’s YouTube channel.

Rockville Centre native Victoria DeVitto, who earned a master’s in special education, is a seventh-grade social studies teacher at St. Thomas the Apostle in Woodhaven, Queens. “I work at Camp Anchor, and I’ve always wanted to be a special education teacher,” DeVitto said, “but my undergrad didn’t have it, so I figured I needed a master’s, and fell in love with the Molloy campus. My professors were just amazing. I couldn’t have picked a better school.”

Molloy was founded in 1955 by the Sisters of Saint Dominic, in Amityville, and has grown to serve about 4,800 undergraduate and graduate students.