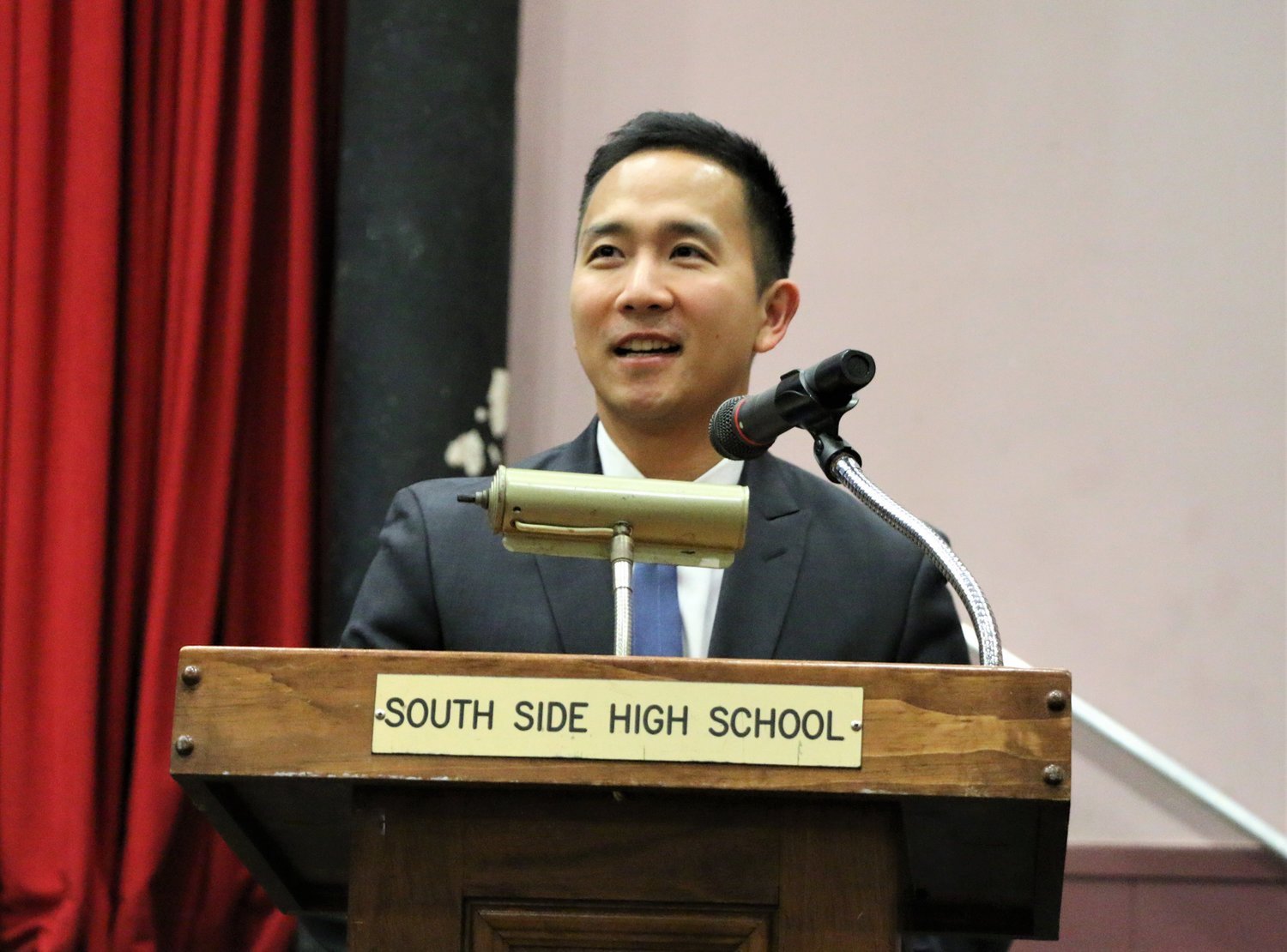 June Chang will step down as superintendent of schools on Nov. 19.
Courtesy Rockville Centre School District 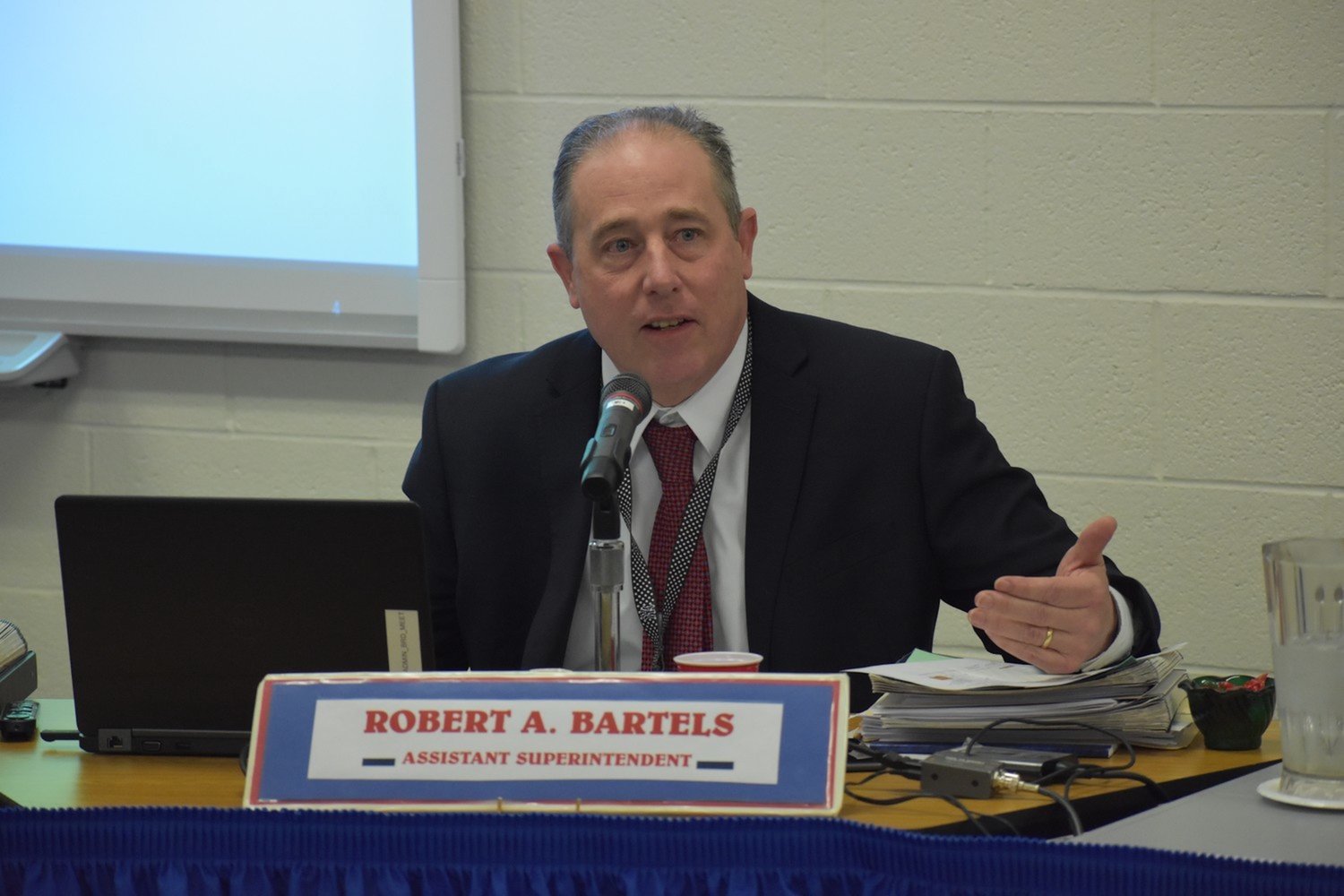 Robert Bartels will serve as acting superintendent for the rest of the year.
Herald file photo
Previous Next
By Mike Smollins

The Rockville Centre Board of Education and outgoing Superintendent June Chang reached an agreement on Oct. 7 that will enable Chang to resign in November.

Chang an-nounced his decision to step down in a letter to the board on Aug. 11, just over a year after he signed a five-year contract to serve as superintendent. His resignation was to become effective May 11, 2022, but under the latest agreement, his term will end on Nov. 19.

Robert Bartels, who has been the district’s assistant superintendent for business and personnel for two decades, will serve as acting superintendent for the rest of the school year as the board searches for Chang’s permanent successor.

“I think it’s for the betterment of the district to go forward with Mr. Bartels,” board President John O’Shea said. “We’re disappointed in the whole process that [Chang] decided to resign after one year, and it just seemed to work better for everyone involved if he were to leave earlier instead of stay until May. . . . We all wish Mr. Chang good luck in his future endeavors, and we are very confident that Mr. Bartels will be a strong leader for the district until the time comes that we find a permanent superintendent.”

O’Shea did not disclose the financial details of the agreement between Chang and the school board, but noted that the board would release that information in the future. Bartels will be paid $45,000 in addition to his salary to finish the school year as acting superintendent, and O’Shea said the goal was to remain within the $290,000 that was approved as the superintendent’s portion of the budget.

Chang and Bartels did not respond to requests for comment at press time, but Bartels sent a letter to district parents introducing himself.

“As the acting superintendent of schools, my main goal is to provide stability for all of the children and the staff during the Board of Education’s search for a new superintendent,” Bartels wrote. “The Covid pandemic has provided some challenging obstacles over the past year and a half, and the district has met those challenges head on.”

While Chang did not publicly disclose his reasons for leaving, he faced much adversity after taking over for Dr. William Johnson, who had served as superintendent for 34 years before retiring in 2019. Chang had to navigate the district through the coronavirus pandemic in his first year on the job, and deal with the ongoing controversy over masking district students.

Additionally, in July the school board voted, 3-2, against his recommendation to rehire South Side High School girls’ varsity soccer coach Jennifer Abgarian — Newsday’s All-Long Island girls’ soccer Coach of the Year  in 2020 — and her assistant, Chris Aloisi. The board then voted to hire Jude Massillon to replace Abgarian, but Massillon resigned after just one week. In a letter to the board, Massillon, who is Black, said he received numerous anonymous phone calls, many of which he described as “racially derogatory.” He was replaced by Judi Croutier, a district teacher and a former highly successful coach of the soccer team.

O’Shea said that Bartels would bring stability back to the schools, and that he was confident in him as a leader because he has extensive knowledge about the school district, which includes creating budgets and overseeing the business office for 20 years. Bartels will continue to partly oversee the office, though the district plans to hire someone to help run it.

In his letter, Bartels wrote that he hoped the district would come together after a trying start to the school year, and that many of the problems with intolerance would end.

O’Shea announced at the Oct. 7 meeting that the firm School Leadership LLC would be tasked with helping district officials search for the next superintendent. The firm Hazard, Young, Attea & Associates brought Chang to the district. O’Shea said that while the next superintendent may also face many challenges, he hoped the experience with Chang taught officials how to deal with adversity.

“Every firm that we interviewed said that this candidate is going to have a difficult time, because everyone will point to Bill Johnson’s successes,” O’Shea said of the process of hiring Chang. “We’ll have to work on it, and spend some time talking and discussing and trying to move along in the right direction to make sure it doesn’t happen again.”

In his letter to the school board, Chang wrote that he had reached his decision after “much reflection,” but did not specify what was next for him.

“We have overcome many obstacles together during the most challenging of times,” he wrote, “and I will always be grateful for the opportunity to have served the RVC schools community. However, after careful consideration with my family, I have decided to pursue other opportunities.”