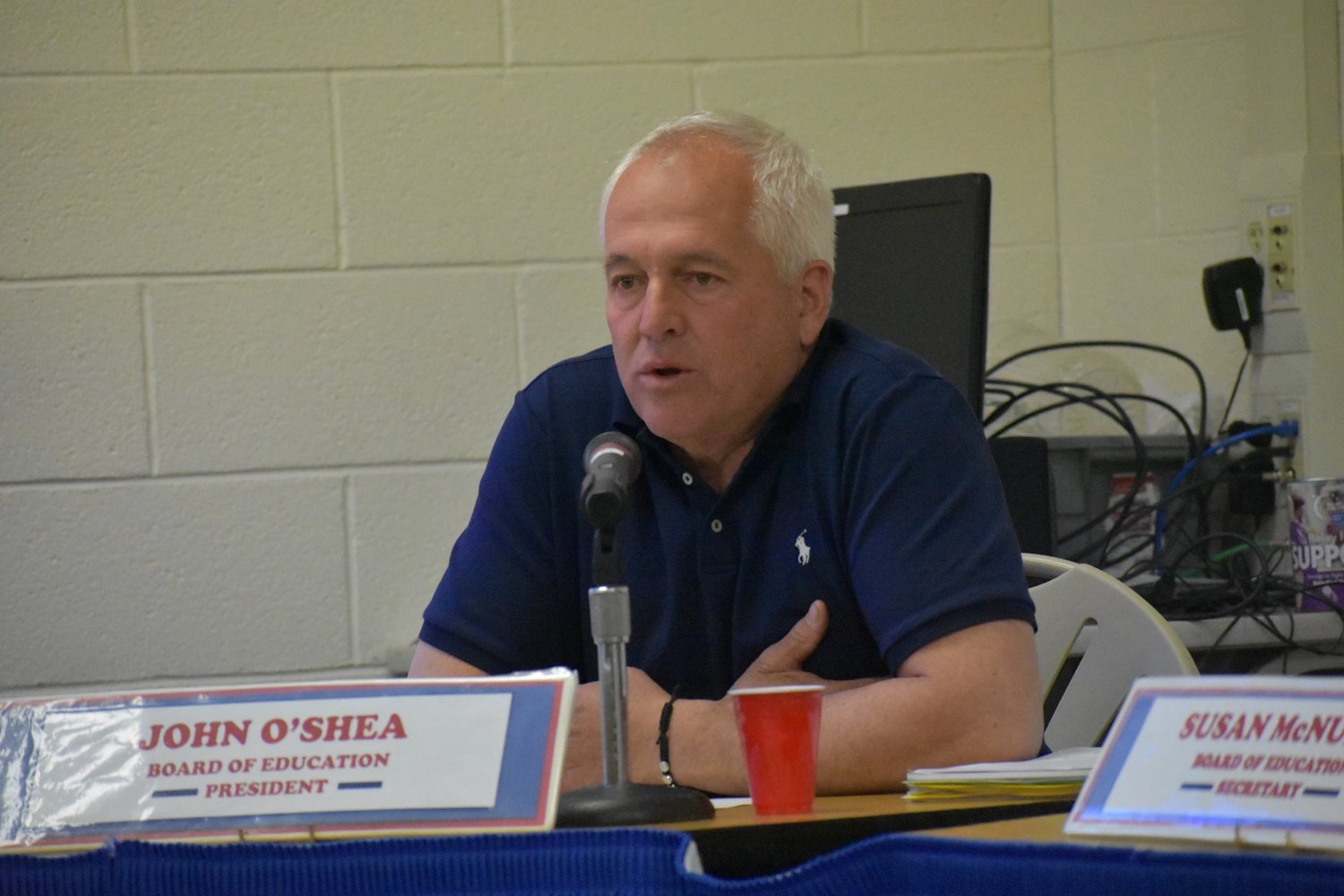 Board of Education President John O’Shea said he planned to address criticisms levied on the board by Rockville Centre Teachers’ Association President Frank Van Zant at the upcoming Nov. 16 meeting.
Herald file photo
By Mike Smollins

At the Oct. 21 meeting of the Rockville Centre Board of Education, RVC Teachers’ Association President Frank Van Zant criticized the school board for its handling of several situations to start the school year.

Van Zant has been vocally critical of the school board after it voted, 3-2, not to re-hire Long Island high school girls’ soccer Coach of the Year Jennifer Abgarian, and varsity assistant coach Chris Aloisi in July. Since then, Abgarian’s replacement, Jude Massillon, resigned from the coaching position after he received what he described as anonymous “racially derogatory” messages (Massillon is Black). He was replaced by longtime former coach Judi Croutier.

Van Zant said the distractions have kept board from fostering a positive attitude in the district, and has hurt teachers’ ability to plan, and now the board is tasked with finding a new superintendent after June Chang announced his resignation, effective Nov. 19.

“The truth is that in July and August, we could have been planning productively, ahead of time, and without multitasking,” he said. “Instead, we were fighting over soccer coaches. What a waste of time and taxpayer dollars for us to be in arbitration over the soccer coaches. A school board member has a personal disappointment and full vengeance is enacted by the triumvirate. How do the Nassau County champions and coach of the year not be invited back?”

The “triumvirate” Van Zant was alluding to appeared to be Board President John O’Shea, Vice President Christine Ferazani and Trustee Erica Messier, each of whom voted against rehiring the soccer coaches despite the recommendation of Chang and Carol Roseto, the district’s director of physical education, health and athletics.

The board did not respond after Van Zant spoke for about three minutes at the meeting. Reached by phone on Monday, O’Shea said he would address each of Van Zant’s comments publicly at the Nov. 16 board meeting.

“That was our first board meeting of really getting back to whatever normal is for us now,” he said. “It was very positive, highlighted the kids, talked about improving the programs and then it became all negative. It was upsetting for people to hear that at the end of the board meeting. Certain issues are board responsibilities, but certain issues are the administrations’ issues, but it was put on the pile on the board’s back. My plan is to explain it at the next regular board meeting.”

“On school board reconigition weeek, we teachers of Rockville Centre recognize that the triumvirate board is arrogantly disdainful,” Van Zant said. “. . . You are creating chaos, not quality. You are creating angst, not excellence. I suggest that the path to excellence is through your educational leadership., the excellent people you invested in and not, as it has been since July, through a tin-pot dictatorship.”

Chang announced his decision to step down in a letter to the board on Aug. 11, just over a year after he signed a five-year contract to serve as superintendent. His resignation was to become effective May 11, 2022, but under the latest agreement, his term will end on Nov. 19. A Herald Freedom of Information Law request for copies of the original and amended agreement between Chang and school officials is still pending.

While Chang did not publicly disclose his reasons for leaving, he faced much adversity after taking over for Dr. William Johnson, who had served as superintendent for 34 years before retiring in 2019. Chang had to navigate the district through the coronavirus pandemic in his first year on the job, and deal with the ongoing controversy over masking district students and the soccer coach controversy.