South Side impressive in opening win 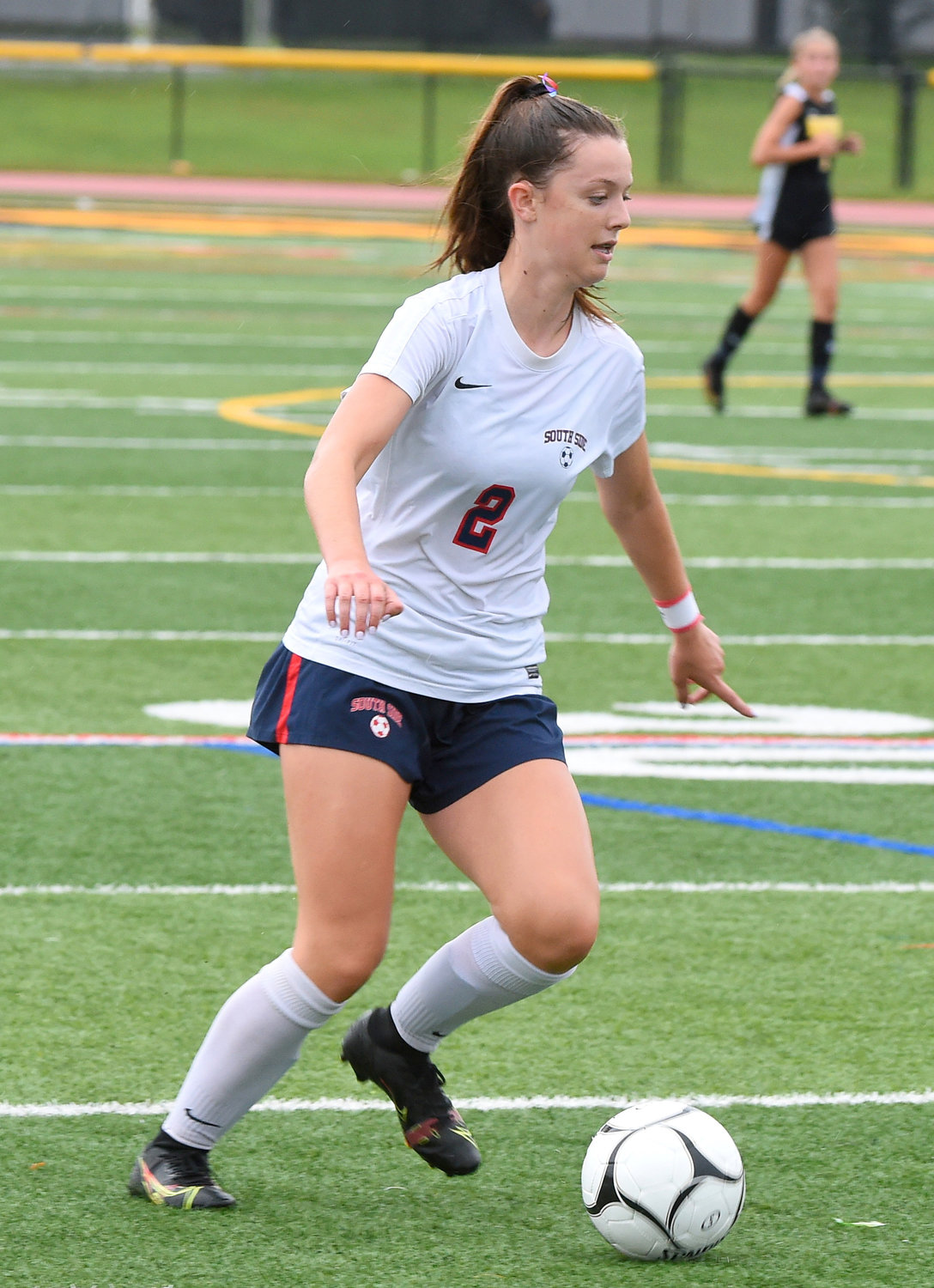 A little more than four months removed from capturing the Nassau Class A championship and three days removed from more offseason adversity, South Side’s girls’ soccer team was thrilled to be back on the field Sept. 9 and opened its title defense in impressive fashion.

Junior Maggie Colvin notched a hat trick and Anna Pennecke and Olivia Morin also scored as the Cyclones defeated host Wantagh, 5-0, in the Conference A-1 opener for both teams. Sophomore Nora Basile set up two goals, including Colvin’s first tally 5:54 into the game. Goalkeepers Avery Testa and Sofia Shakham combined for five saves and the shutout.

“I think everyone was just excited to put all of the distractions behind us and get on the field and have fun,” South Side senior Emma Hospodka said. “It’s such a privilege to be a part of this team. Everyone just wants to put their best foot forward and play hard and win.”

The Cyclones are under the direction of their third coach since the spring. Jenn Abgarian, who coached them to their first Nassau crown since 2014, wasn’t maintained by a Rockville Centre Board of Education vote. And Jude Massillon, hired in late August, resigned after one week. So, Judi Croutier, who guided the team to eight Long Island championships and five state titles before her retirement from coaching in 2010, returned to the helm and conducted one practice — on Labor Day — before rolling out the starting 11.

In a letter obtained by the Herald, the Board of Education lauded Croutier for her willingness to step into the job on such short notice, and asked the community to greet her warmly. “For the sake of all of our student athletes — and especially our girls’ varsity soccer team — we ask that she be given the community’s full support to exercise her demonstrable professionalism,” the trustees wrote.

South Side led Wantagh 2-0 at the half and added three goals in the second half, including a beautiful header by Colvin.

“It’s a great start,” said Croutier, who played at South Side and graduated in 1985. “These girls have a lot of talent and there’s great chemistry. Hopefully we’ll keep building every day.

“I’m looking at the season in three parts,” she added. “It’s a difficult schedule with strong competition. We have the first time through, then the second time around and then it’s playoff time.”

Senior Cristina LiCalzi, who anchors a defense that includes Brenna Haynes, Kayla Hubler and Morgan Harloff, said there’s nothing like getting back into the action and is looking forward to the challenge of trying to repeat as county champions. “When you’re out there playing, you don’t think about anything else and just focus on the game,” LiCalzi said. “We brought back a great group from last season and the 13 new girls have fit in really well. We’re comfortable with each other on the field and we’re confident.”