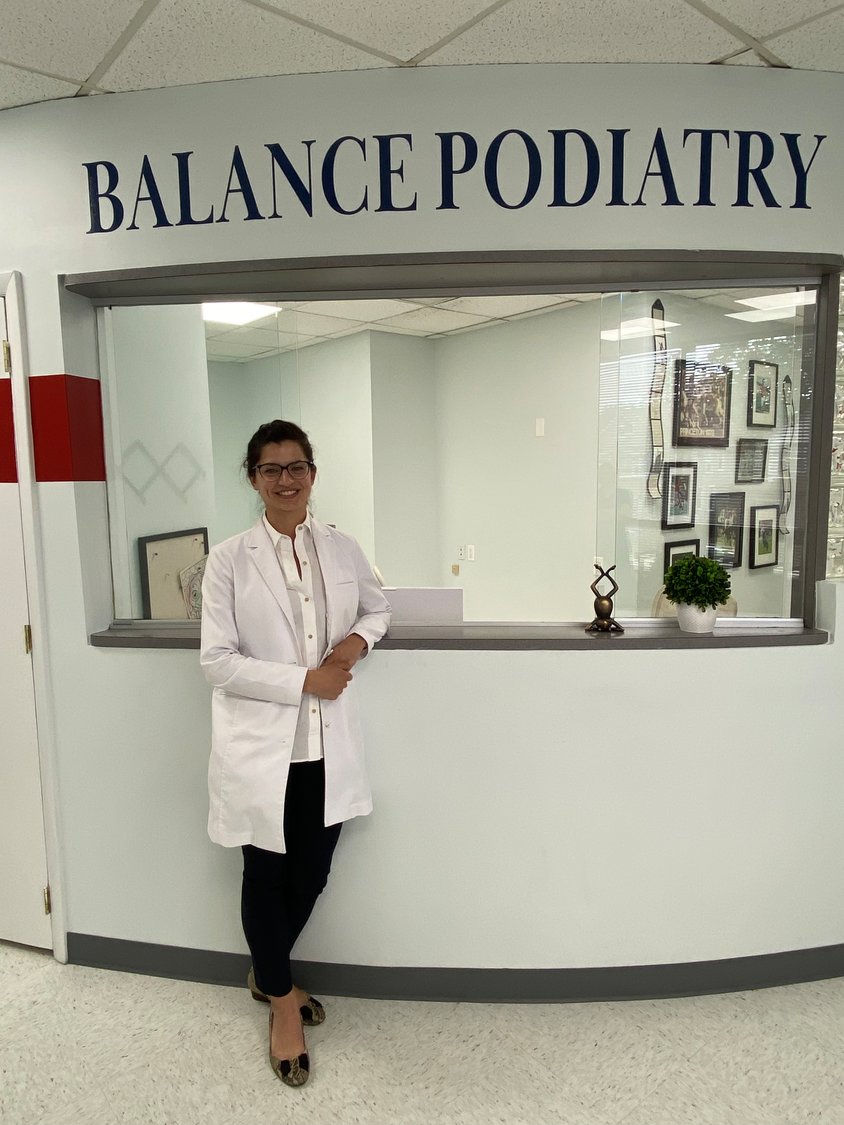 Dr. Liz Piselli, a South Side High School lacrosse legend, has returned to her hometown to open up her own practice: Balance Podiatry.
Tom Carrozza/Herald
By Tom Carrozza

A South Side High School lacrosse legend has returned to her hometown to practice medicine. Dr. Liz Piselli opened her first podiatry practice at her new suite at 119 N. Park Ave. in April.

Piselli, 37, is Rockville Centre born and raised, as were her parents Robert and Mary. At South Side, Piselli was a three-time letter winner in lacrosse and a four-time letter-winner in track, but most notably she amassed 76 goals in each of her junior and senior years with the Cyclones. Her impressive offensive output and allowed her the opportunity to play for the U-19 United States National Team.

The torrid scorer also continued her athletic career at Stanford University from 2004 to 2007, where she had a high point in her junior year, putting up 28 goals and 13 assists on route to the school’s first NCAA tournament appearance.

Piselli started her career in 2012 in the Montefiore Health System. The legendary Cyclone works in Southampton as a podiatrist surgeon but jumped at the recent opportunity to open up Balance Podiatry and return to her hometown.

It’s obvious to see the love Piselli still holds for South Side, as she’s decorated the new office with pictures of her playing days and a bright red line running along the walls.

“It was a long time coming and it just feels so right,” Piselli said. “Since August I’ve been trying to figure something out to get back here.”

Of course, Piselli’s first text when she returned home was to South Side’s current varsity girls coach Rob Devlin to offer her help however she could. Devlin invited Piselli to come back to her beloved school to meet some of the current players.

“South Side gave me a lot and I’m excited to give back,” Piselli said.

Piselli was inspired to get into podiatry when her brother Thomas went to a foot specialist after recurring heel pain. Other doctors had talked about Thomas potentially needing surgery, but the specialist told him how to do stretches that actually solved his pain.

While competing at Stanford, Piselli also saw her teammates struggle with injuries picked up from getting stepped on with metal cleat spikes. Her experience as an athlete at high levels helps her empathize with her athlete patients.

“More than anything I understand the drive and that they don’t want to be off the field because if they’re not working hard someone else is,” Piselli said. “Even though rest is important for anyone’s workout regimen, there is anxiety with not being able to continue to compete.