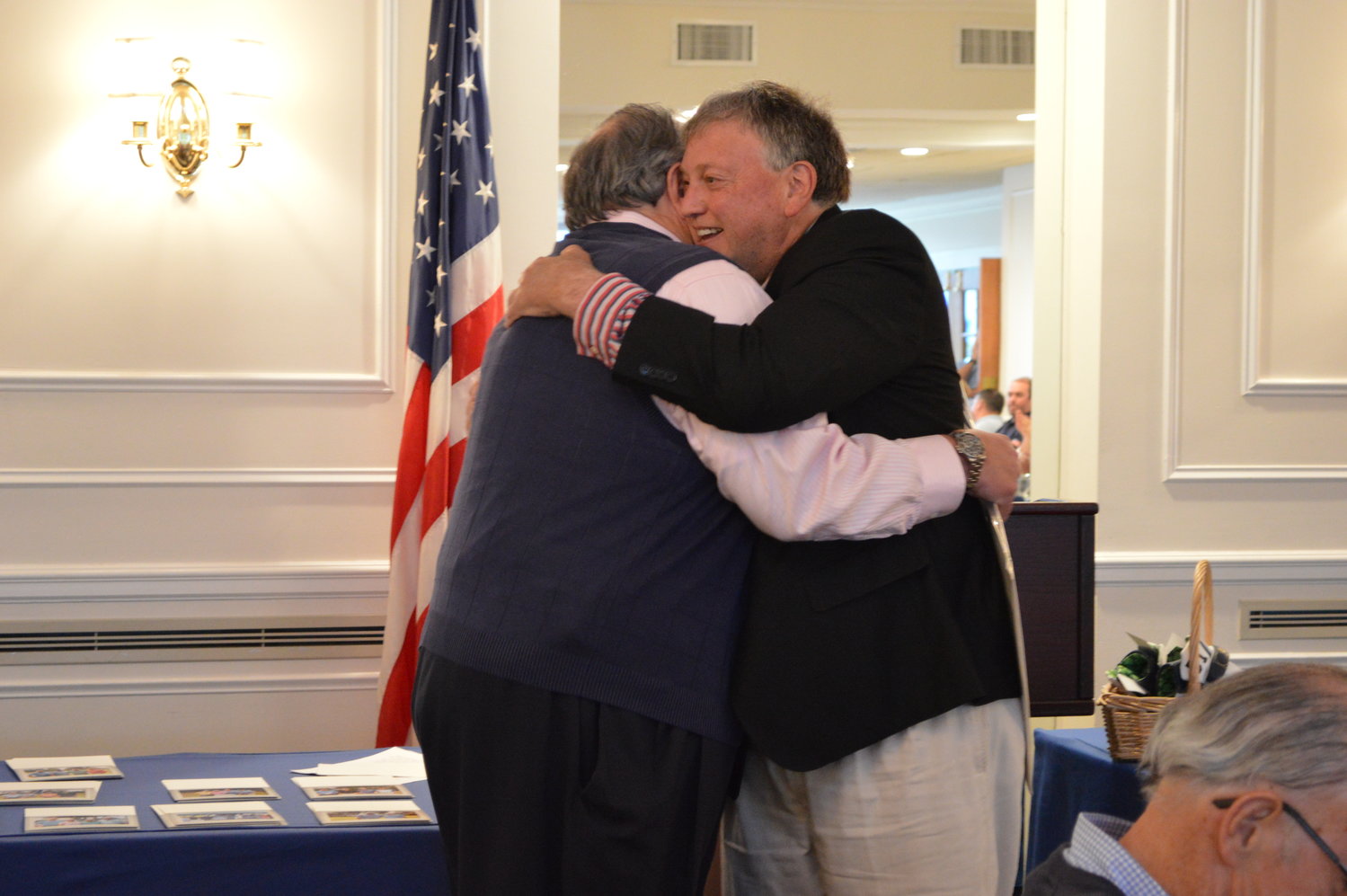 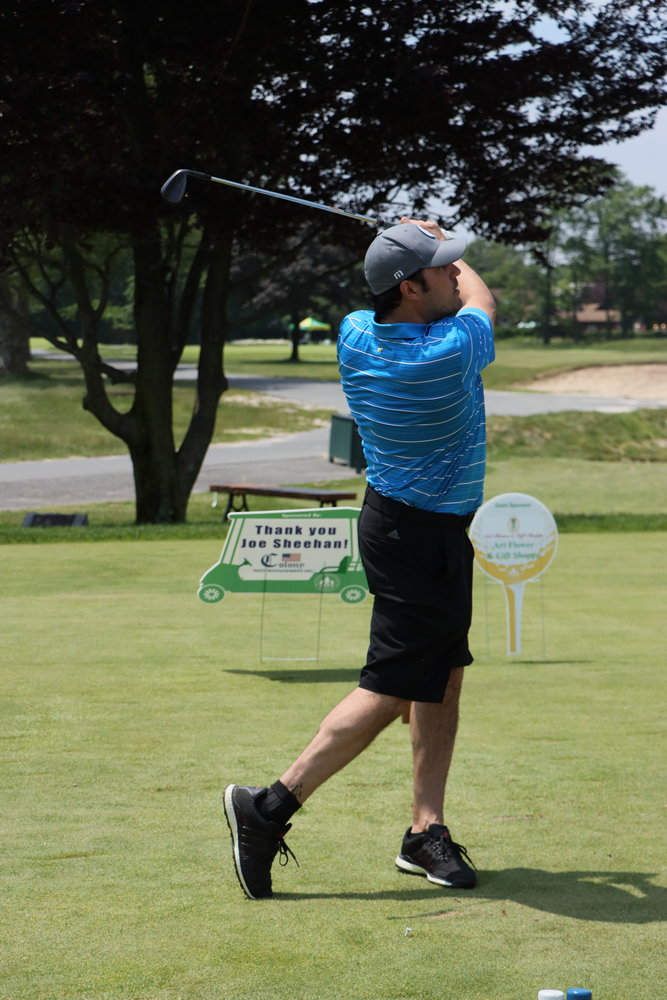 Brandon Carmody tees off during the outing at the Rockville Links’ course.
Courtesy James St. John 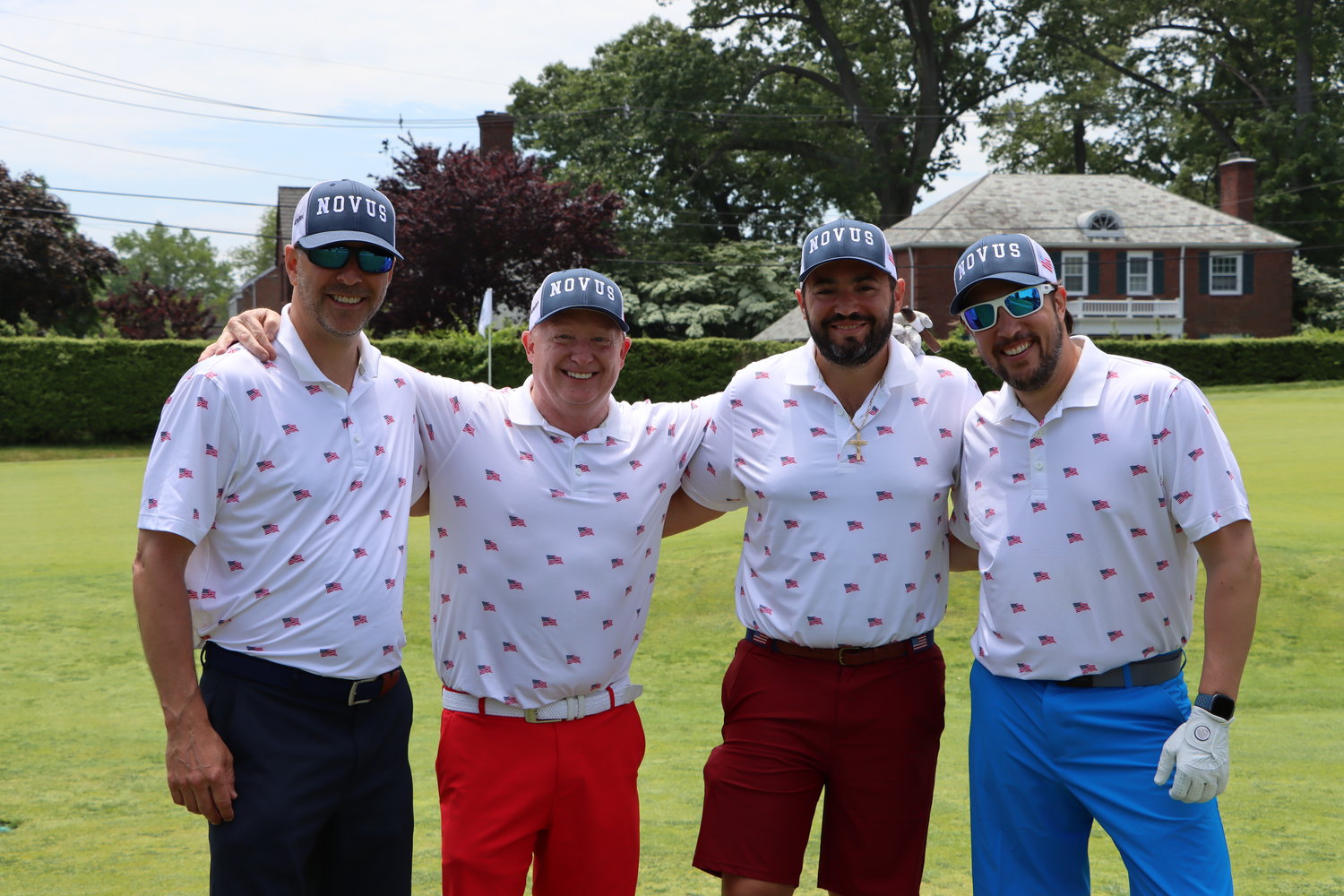 The St. Agnes Cathedral School’s Fathers’ Club returned in-person for its annual golf outing at the Rockville Links as the group’s largest financial fundraiser for the school.

The club has worked since 1992 to fundraise for the school to help keep the cost of tuition down for the private, catholic school. This year, raffle items like tickets to a Notre Dame or New York Jets game or suite tickets to UBS Arena for an Islanders game brought back thousands of dollars for the school.

The school’s former principals Sister Kathleen Carlin and Helen Newman, whose names now hang over the two hallways at either side of the school building, joined current Principal Cecilia St. John and the rest of the Fathers’ Club leadership to award longtime supporter Brian Joesten with the William J. Cronin Award.

The award recognizes an individual, usually a member of the Fathers’ Club, who has given selflessly back to the children of the school community. Since 1997, Brian Joesten has done countless deeds for the students and school including selling raffles outside Sunday masses, helping to build the school’s stages, installing the new playground, and wiring the school’s internet connectivity, among many others.

Joesten and his wife Blanche’s four children – Chrissy, Nick, Amy, and Katie – are all proud graduates of St. Agnes. Blanche was also active in the Mothers’ Club.

Mayor Francis Murray also awarded Joesten with a proclamation from the village.

“Brian Joesten is definitely a pillar of our community,” Murray said. “He’s touched everybody’s lives in our schools, hospital, and the church. You’re one of the nicest people I’ve ever met.”

“It’s a great honor from a great organization,” Joesten said. “There’s a lot of great memories and events that we helped out with at the school. And this is definitely pretty high on the list of my favorite moments.”