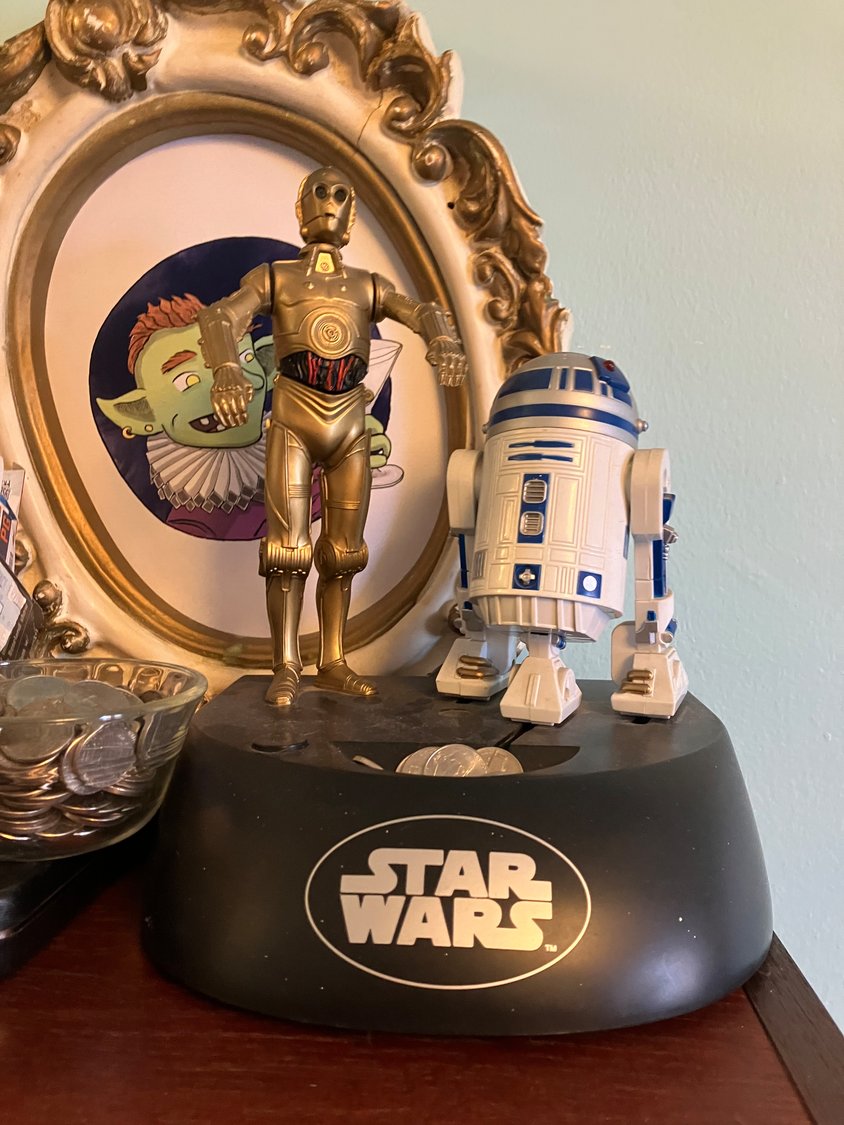 Molloy College professor Brian Cogan said he can still remember going to the movies in 1977 to see “Star Wars” with his parents as a 10 year old kid.

“I was completely blown away by it,” he recalled. “It was like my hair blew back, I was like, I don’t understand why I like this. Why is it so good? I’ve never seen anything that talked to me like this before and I think that still happens to people to this day.”

Cogan, 55, an associate professor of communications at the Rockville Centre-based college for the past two decades, said he instills the lessons he learned from the film and its many sequels into his lessons, and with May 4, the official “May the Fourth be With You” Star Wars day taking place last week, he planned to continue his tradition.

With May 25 set to mark the 45th anniversary of “Star Wars: Episode IV — A New Hope,” Cogan said it is as important now as ever to teach the cultural significance of the film to a younger generation of students. In 1977, Cogan was able to convince his parents to take him to see the movie multiple times in theaters, and by the fourth viewing, he said, he learned the whole dialogue. Since then, he estimated, he has seen the original movie about 200 times.

Cogan said he has had many favorite characters over the years, but his all-time standout is Luke Skywalker, and he recounted that he went to his barber after seeing the movie, with a Skywalker trading card in hand, and requested for his hair to be styled just like his hero’s. He said “A New Hope” and “The Empire Strikes Back” are tied for his favorite movies of the franchise, and he hasn’t been as critical of the reboot of the franchise under Disney in recent years as many others have.

Cogan said he tries to watch the original film every May 4 and he greets people in the hallways of Molloy with the classic, “May the Fourth be With You” joke, and while many understand what he is referring to, some look confusingly back at him. He said the film offers important life lessons that he instills in his students, like that they can prevail, that they can bring people back from the dark side and that anyone is redeemable.

“I talk to my students about it and I show scenes from it all the time, but I don’t do it in a ‘fan-boy’ kind of way,” Cogan said. “They know the movies I love, they know what I’m showing them, and I’m also not trying to indoctrinate them into it, I’m just trying to tell them that this is something that is beautiful. To them, 45 years ago is like 100 years ago, but I still think they get a lot out of it.”

The professor said the film sticks with him and will have a lasting impact on many people for years to come. He added that the mania behind the franchise won’t disappear anytime soon.

“The next time a new Star Wars comes out, people will still be lined up around the block to see it,” he said. “The movie means so much to so many people that people are racing to Disney and having Star Wars-themed weddings. It’s something that’s not going to die out anytime soon.”