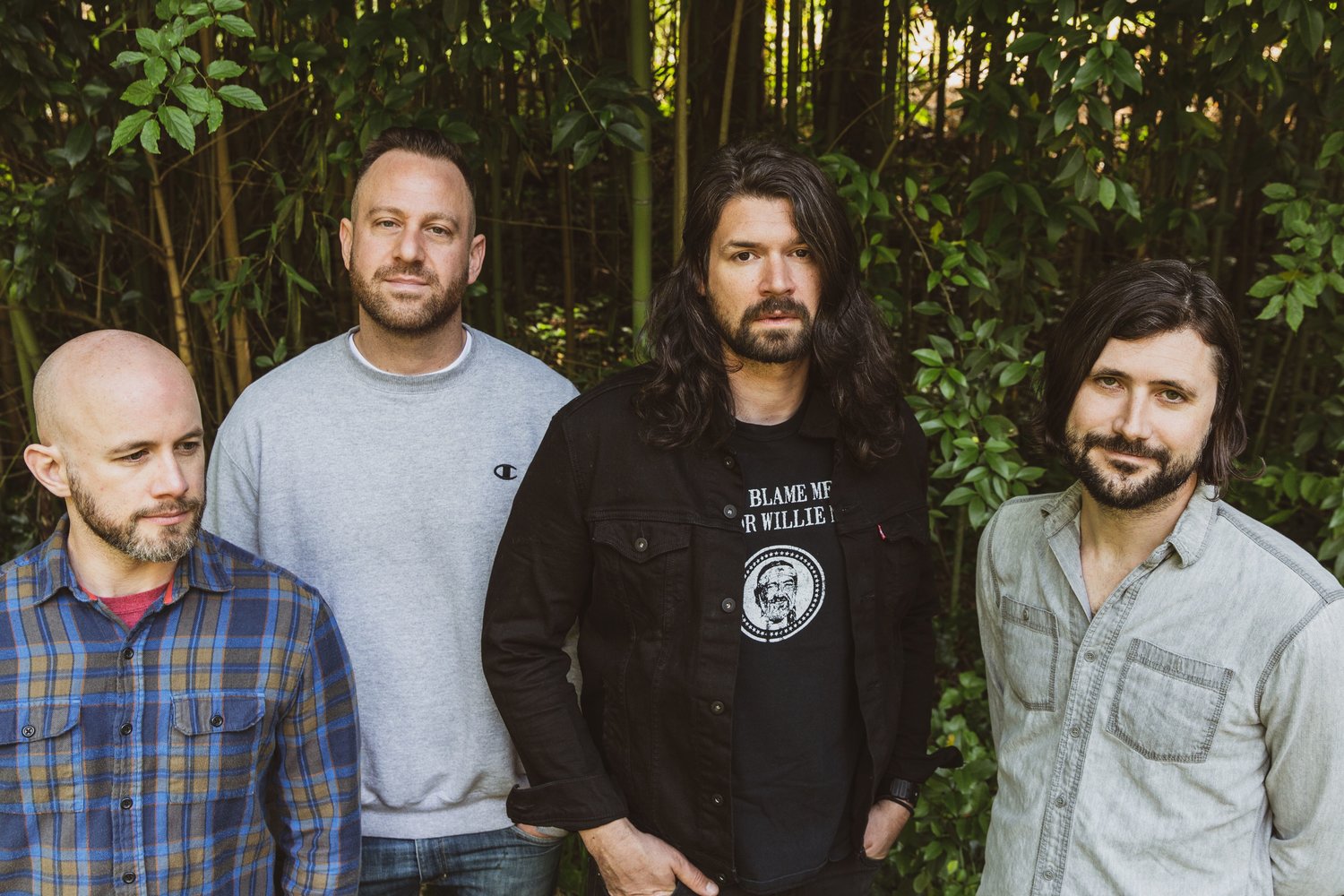 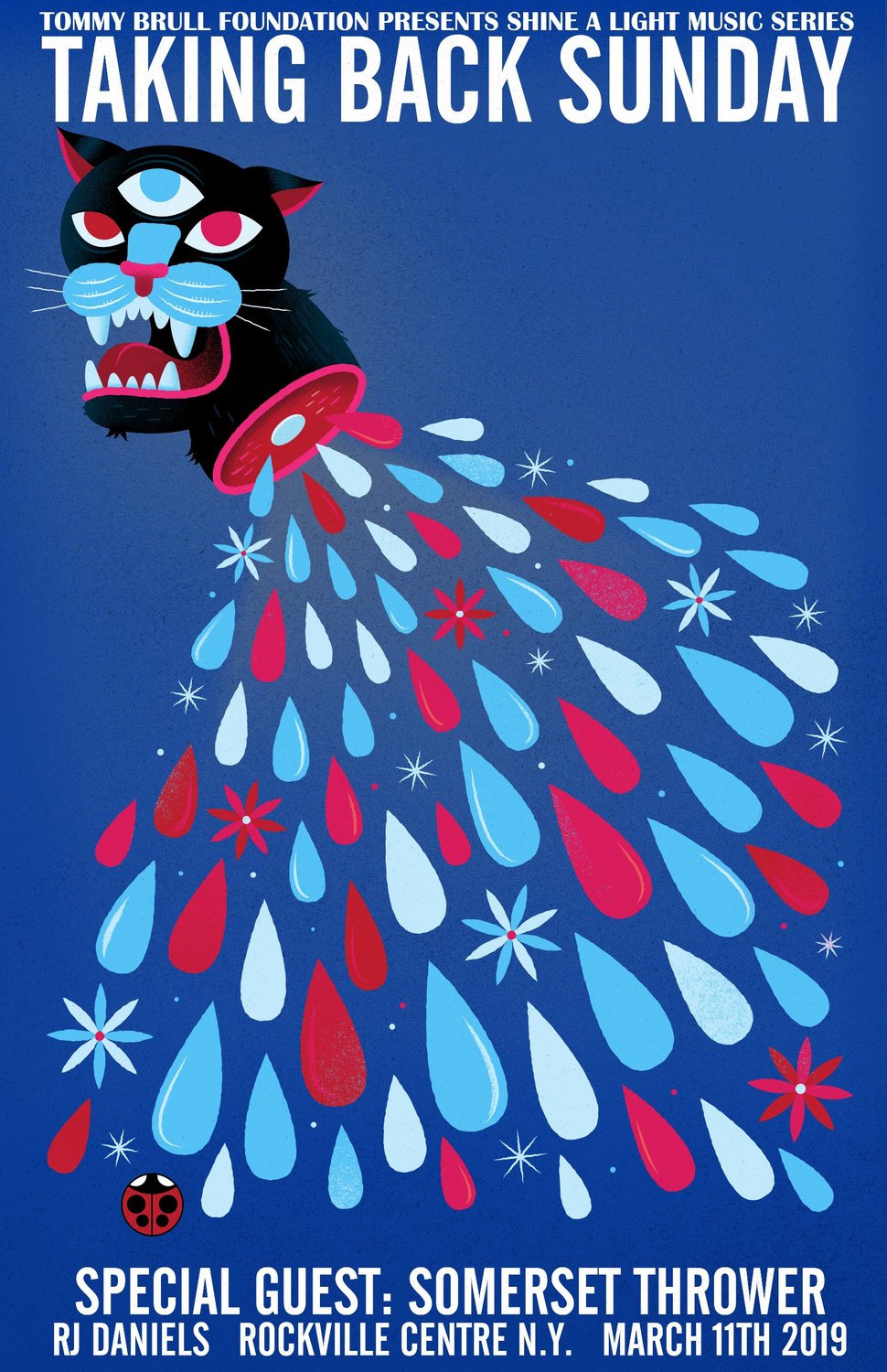 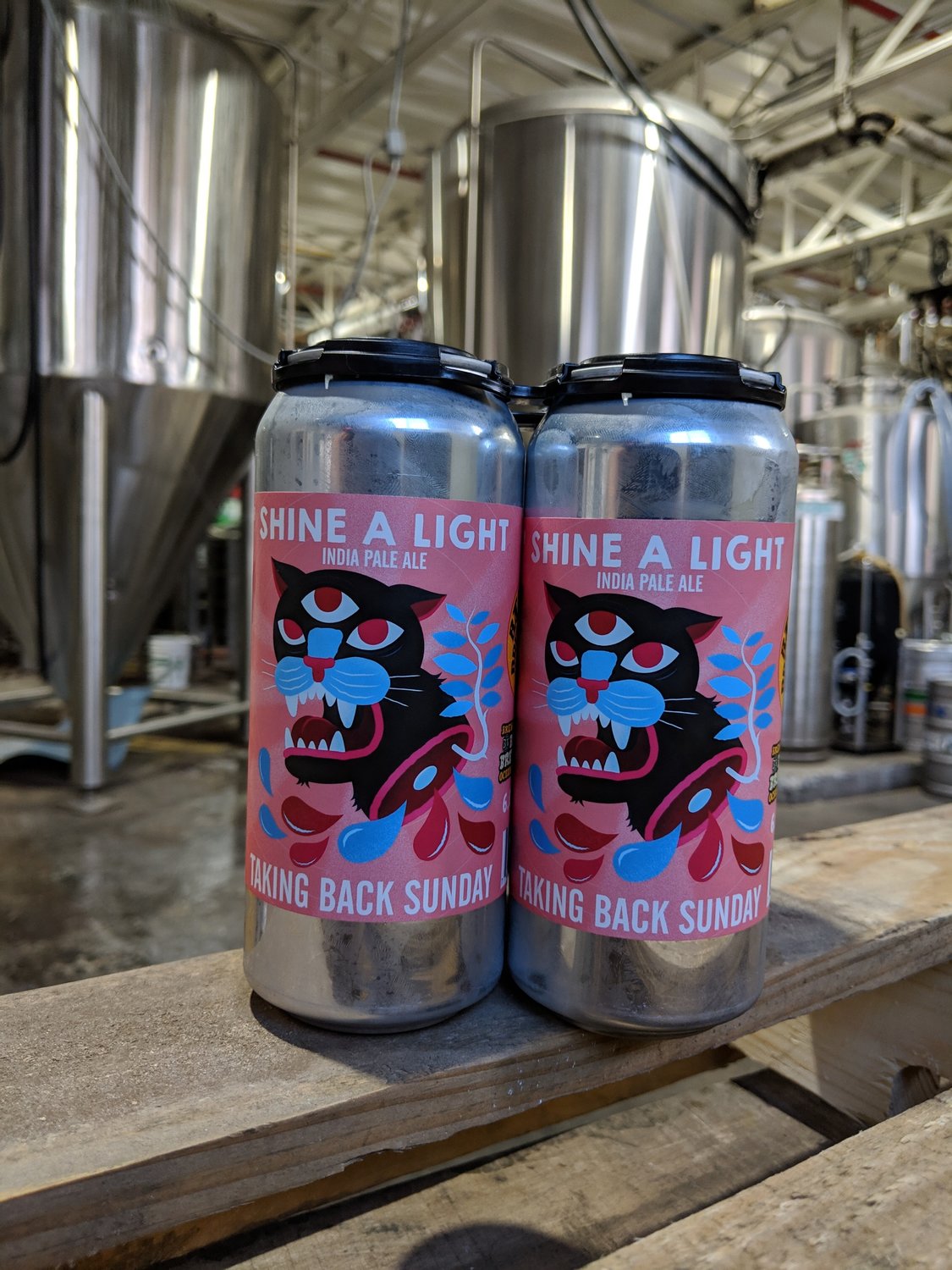 Barrier Brewery in Oceanside will serve a special India Pale Ale at the concert. A portion of the beer sales will go toward Mr. B’s Playground.
Courtesy Barrier Brewery
By Ben Strack

Long Island band Taking Back Sunday will take a break from its world tour to play a show at R.J. Daniels in Rockville Centre on March 11, which will benefit the Tommy Brull Foundation.

The local nonprofit has raised money for people with physical, mental and emotional challenges since 2008, when Martin Brull founded it in memory of his brother, Tommy, who died in an accident in 1999. The foundation will donate the event’s proceeds to Mr. B’s Playground, a space for children of all abilities to be built adjacent to the John A. Anderson Recreation Center.

Taking Back Sunday, an alternative rock band, formed in 1999, and released its debut album, “Tell All Your Friends,” in 2002, which featured well-known tunes such as “Cute Without the ‘E’ (Cut from the Team).” The group’s third album, “Louder Now,” released in 2006, featured the hit single “MakeDamnSure,” and debuted at No. 2 on the Billboard 200.

Taking Back Sunday’s drummer, Mark O’Connell, 37, grew up in Rockville Centre, and Brull, 44, said he has known him since O’Connell was a baby. “We’ve been speaking about trying to do a show for many, many years together,” Brull said, noting that they were never able to work it out.

“I said to everybody this is a guy I’ve known for a really long time,” O’Connell said of Brull. “He’s a really great person and it’s a really great cause.” His fellow band members were happy to do the gig before heading to Central and South America for shows in Costa Rica, Brazil, Chile and Argentina. The show will also be a homecoming of sorts for band members Shaun Cooper, who lives in Long Beach, and John Nolan, who grew up in Baldwin.

“We’re really happy to be able to do it,” Brull said, “and Mark’s really happy — and the rest of the band — to give back to his hometown and Mr. B’s Playground. It kind of all fits together.”

From a young age, O’Connell, who now lives in Long Beach, said he had dreams of being a drummer in a rock band. In 1999, the year he graduated from South Side High School, he heard from a friend that a local band’s drummer had quit, and they were looking for another one. He auditioned for the job, “and here we are,” he said.

“While the band became successful, we were so young that we didn’t really have time to process it,” he told the Herald in a phone interview. “. . . We’re incredibly lucky . . . and we’re still doing it. The shows that we’re doing now are bigger than they’ve ever been.”

With seven studio albums and 20 years as a band under their belts, Taking Back Sunday embarked on a world tour in January, which kicked off in Australia and featured shows in Singapore, Japan and the Philippines.

The Monday night show will be a more intimate one, Brull noted, and will be the latest concert in the Tommy Brull Foundation’s Shine A Light Music Series. Brull launched the series in 2011 with the indie rock band Deer Tick as a headliner. Subsequent shows have attracted major rock acts such as the War on Drugs, Kurt Vile, Titus Andronicus, the Felice Brothers, Luna, Strand of Oaks, Wormburner and Dean & Britta, among others. The latest concert, in Long Beach on Jan. 25, featured indie-art rockers Les Savy Fav.

Proceeds of more recent shows have gone toward Mr. B’s Playground, and in all, the Brull Foundation has donated $82,500 to the cause. Brull expects to raise about $20,000 on March 11.

Brull recalled first hearing Taking Back Sunday’s “Cute Without the ‘E’ (Cut from the Team)” years ago in a surf film made by Mike Nelson and Dave Juan, owners of Unsound Surf in Long Beach, and has loved the band ever since. For the foundation’s benefit concerts, he said, he likes to pick bands whose music has a positive outlook, even if they also deal with heartbreak.

“That’s always been the feel for the Shine A Light Music Series,” Brull said, “and their music definitely speaks to that.”

Fellow Long Island band Somerset Thrower will open for Taking Back Sunday, taking the stage at about 8:30 p.m. Doors will open at 7 p.m. Tickets will be on sale only at the rear entrance of R.J. Daniels — at 279A Sunrise Highway in Rockville Centre — on March 9, starting at noon. Concert-goers must be 21 or older, and there’s a two-ticket maximum per person. Admission is $80, and cash is preferred.

Brull recruited some friends to make the night even more special. Barrier Brewery, in Oceanside, will release a special India Pale Ale, or IPA, at the show, called Shine A Light. A portion of the proceeds of the beer will go toward Mr. B’s Playground.

“We’ve all been listening to [Taking Back Sunday] for a long time and we’re all from Long Island, so it kind of hits close to home to have a Long Island band that made it coming back to Rockville Centre and giving back,” said Barrier Brewery’s John Boha, who grew up in Oceanside. “We really wanted to be a part of that.”

Luke LaMarca, a childhood neighbor of the Brulls on Princeton Road, designed the art on the can’s label, which is also being used on the event’s official concert posters. An illustrator of children’s books, LaMarca decided to highlight a panther, which is pictured on Taking Back Sunday’s compilation album, “Twenty,” released in January.

LaMarca has helped Brull with concert posters in the past, and even helped design the foundation’s ladybug logo. “It’s incredible, but it’s not surprising, because Marty’s always been a really good guy,” he said of how far the foundation has come. “He’s a good guy with a great foundation doing great things for great people, so I feel blessed to be a part of it.”

O’Connell said he was happy for Brull, who has been able to do a great deal for the community in his brother’s name. Though he has loved playing in large venues around the world, he said he looks forward to rocking with 150 or so attendees in the Rockville Centre bar.

“Being home and playing Long Island shows is always my favorite,” he said. “Big or small, as long as the crowd is having a good time, which is usually the case, it’s fun.”