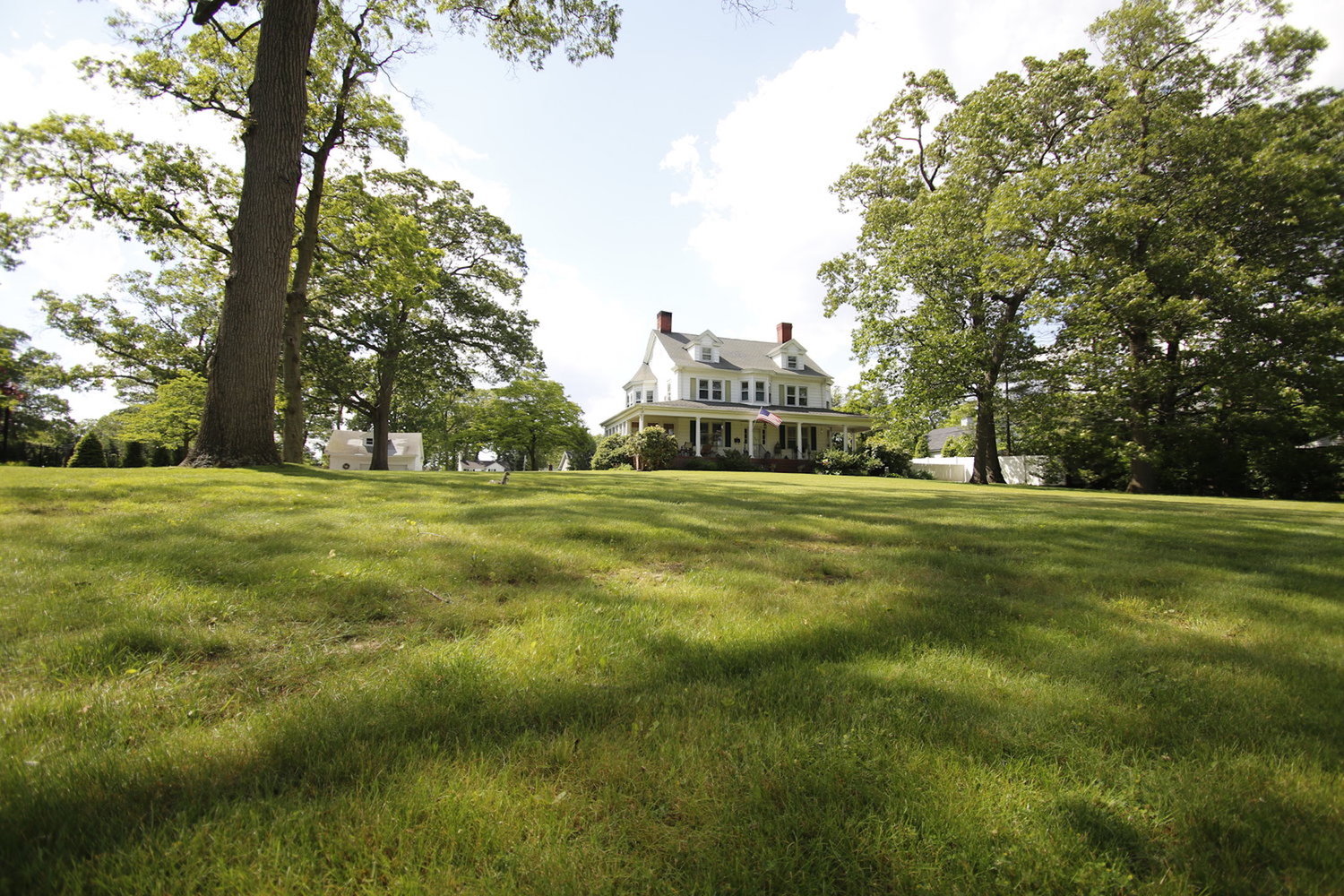 The homes are being built at the former site of the parsonage of St. Mark’s United Methodist Church, but there is no timeline for their completion.
Christina Daly/Herald
Previous Next
By Mike Smollins

A controversial subdivision at 220 Hempstead Ave. is now under construction, but because the homes are individually owned, the Rockville Centre Building Department doesn’t know when they will be completed.

A late-19th-century home on the property — the former parsonage of St. Mark’s United Methodist Church, which the church sold in 2013 — was demolished so that the 1.75-acre parcel could be divided into five single-family plots. A new street leading to a cul-de-sac, Birch Lane — formerly known as Killarney Lane — was also created.

The project has had a number of vocal detractors over the years, with some expressing concerns about overdevelopment, while others were dedicated to preserving what they considered a historic house, and still others argued that the development would reduce the village’s green space.

Many also complained that developers James and Brett O’Reilly ignored community sentiment while plowing ahead with the project.

Christian Browne, the O’Reillys’ attorney, confirmed that his clients no longer own the properties, and that five separate homeowners took them over. “The development projects, such as sewer and streetlight work, have been completed,” Browne said, “and the properties have changed hands.”

While the initial subdivision approval was for a six-lot subdivision, only five homes will be constructed. One homeowner has purchased and combined two lots. To date, three of the five lots have been approved for construction of single-family dwellings, one of which will be on Hempstead Avenue, and two on Birch Lane.

Last July, the village board voted, 3-2, to claim ownership of Killarney Lane, now Birch Lane, which runs perpendicular to Hempstead Avenue and provides access to four homes on the southern edge of the property. The resolution authorized Mayor Francis X. Murray to accept the deed to the road once the developers complete it. If the village were not to accept the donation of the road, the public could still use it, but the village would not maintain it, though it would still be subject to county regulations.

Other concerns residents have raised about the project over the years include a potential increase in traffic, the impact construction would have on the surrounding area and potential safety hazards with the addition of the new road. After an initial denial of the subdivision by the village planning board in November 2018 and rounds of litigation that followed, a Nassau County State Supreme Court judge ruled in May 2019 that the development could proceed.

Village spokeswoman Julie Grilli said the village had no legal grounds to stop the development. “The property, including the house previously located there, was and continues to be private property,” she said. “Private property owners are entitled to use and develop their properties in accordance with the village zoning laws. The village cannot prevent a property owner from developing what may be considered by some as their green space. It was also clear the owner had not listed this property on any historic registry, which would restrict its development.”

Grilli added that the village recently adopted legislation on new subdivisions that will require larger lot sizes, which may affect other property owners’ future plans.