Brandeis school in Lawrence is recast as a Hebrew academy 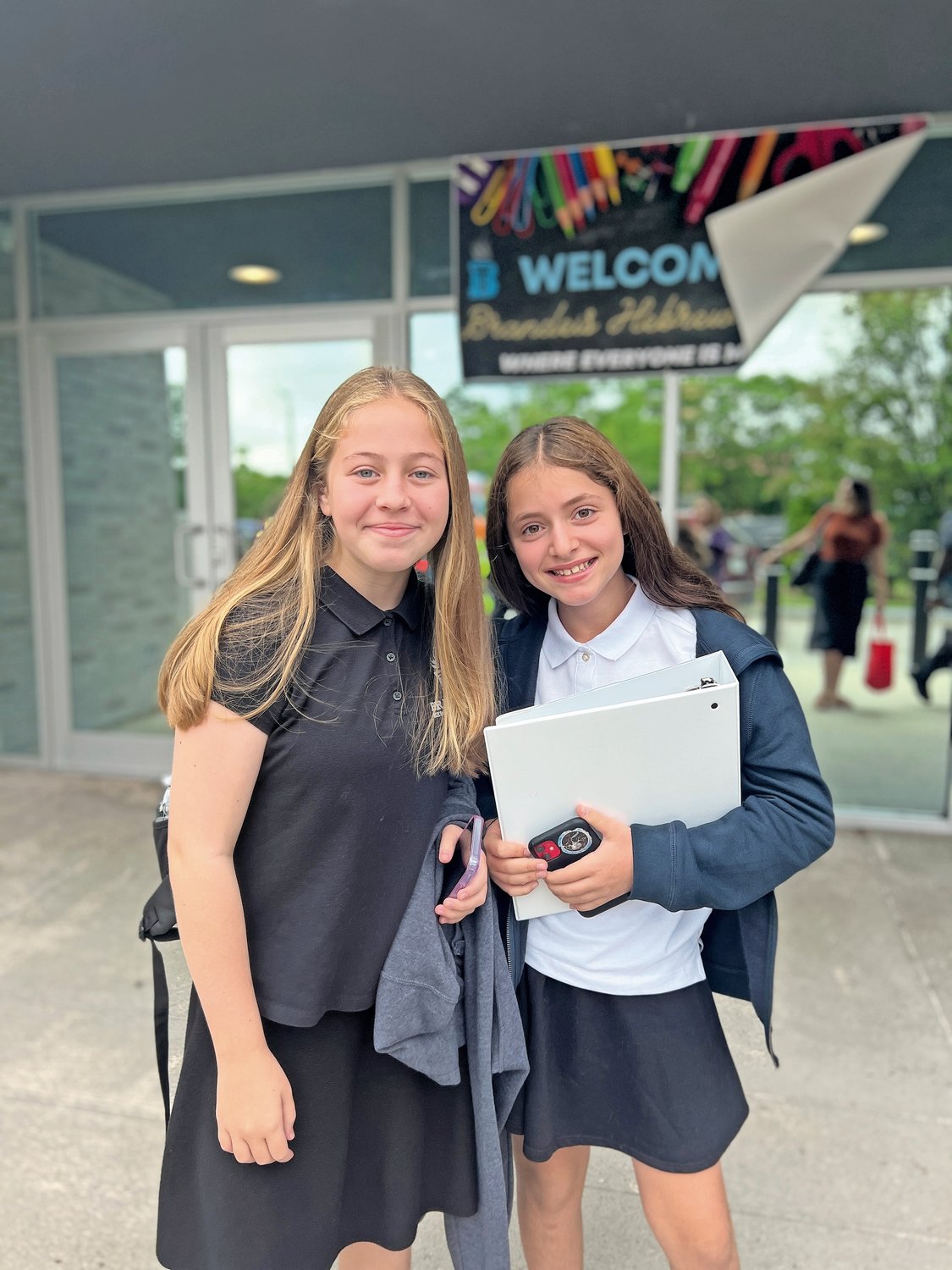 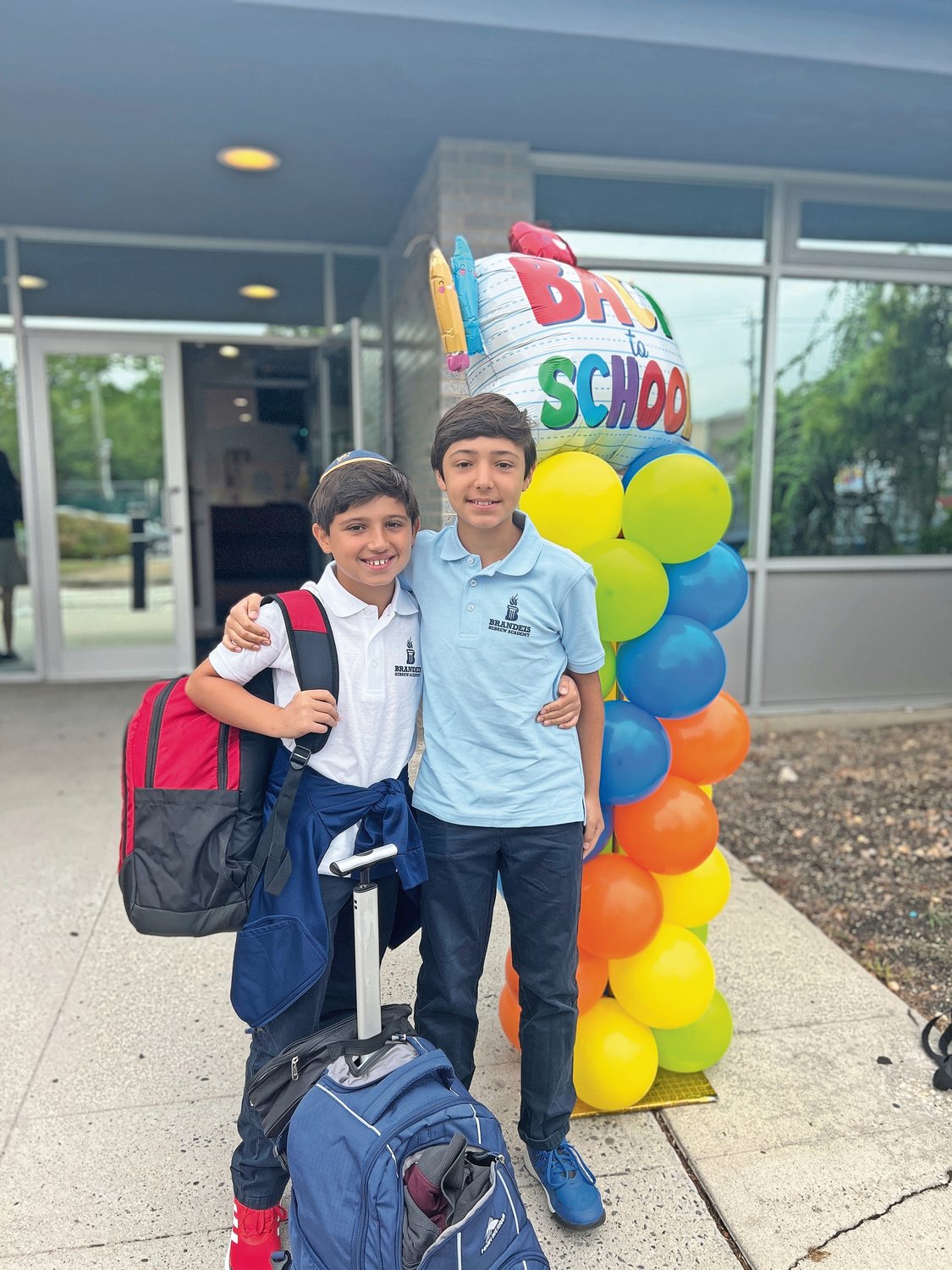 More than 90 years after opening its doors and a decade after ending its association with the Solomon Schechter school systems, the Brandeis School, in Lawrence, has rebranded as the Brandeis Hebrew Academy.

With alterations to its religious philosophy, teaching styles and curriculum, Head of School Raz Levin said it was time for a name change to better reflect the contemporary Brandeis.

First known as the Jewish Center School, it was named in honor of Supreme Court Justice Louis D. Brandeis in 1945. The first Jewish justice on the high court heartily endorsed the use of his name.

“Brandeis has always instilled a love for Judaism and the state of Israel since its inception in 1930,” Levin said. “We’ve opened our doors to Jewish families, no matter their level of observance, and created an environment of inclusivity, respect and tolerance. Our school philosophy shifted in its nature approximately 10 years ago, when we ended our affiliation with the Solomon Schechter school systems.”

The Schechter system is linked to the educational arm of Conservative Judaism. Brandeis considers itself a Modern Orthodox Jewish day school.

To move to academy status, school officials, including Brandeis’s Educational Committee, worked with local educational leaders to ensure that the school was meeting state standards, Levin said. “(And we could) continue to provide students with an exemplary education in both general and Judaic studies,” he added.

To help ensure that the standards are met, staff members take part in professional development and supervisors oversee all educators, including the curriculum coordinators for all grade levels. Brandeis has students from nursery school to eighth grade.

Heidi Goldmintz, president of the school’s executive board of directors, said she has been part of the Brandeis mishpacha — family in Hebrew — for more than 20 years. She and her husband, Steve, put their children, Gillian and Harrison, through the school.

Goldmintz said she had seen the school grow and adapt to the changing needs of the community it serves, underscoring the larger number of Orthodox families in the Five Towns.

“To me, Brandeis Academy encompasses all of the attributes parents look for in an institution for their children,” she said. “We challenge, nurture and care for our students, and help them find their roots as Jews by incorporating Jewish values. The fact that we’re now an academy only highlights the incredible teachers and curriculum that’s been provided since the school’s establishment.”

Karen Avneri’s children have attended Brandeis since 2020, and are now in third grade, first grade and pre-kindergarten. “I believe the name change will help attract more observant families that live in neighboring areas,” Avneri said. “What makes this school special is that it has a diverse range of families to grow with the school. Adding both ‘Hebrew’ and ‘academy’ to the school name helps unite the Brandeis community.”

At the heart of a school are the children who make up the student body. Seventh-grader Asnat Rakhmanova thinks the new name is much more sophisticated, and could help attract more families.

Though there have been some changes, “Brandeis has been and always will be a place where everyone cares about you, where you always feel comfortable being exactly who you are,” said Asnat, a Brandeis student since fourth grade.

Eighth-grader Joshua Simms, a student since nursery school, said he also thought the name change could draw more students to the school, but he added that it would not alter what Brandeis does to forge a lifelong love of learning and intellectual curiosity, and pride in the Jewish religious and culture.

“Brandeis Hebrew Academy strives to foster our students’ sense of Jewish identity, their love of Judaism and Israel and their ability to be active and contributing citizens of 21st century America and K’lal Israel,” Joshua said. K’lal Israel refers to the entire Jewish community.

Having being established 92 years ago, Levin said, the school must be doing something right, and the name change mirrors the work done since the doors first opened in Far Rockaway. “Brandeis Hebrew Academy reflects the high standards to which we hold ourselves, our students and our entire mishpacha,” he said, “to ensure that our graduates are entering the world prepared to begin their journey as future Jewish leaders.”

Welcome back to Lawrence Woodmere Academy