Sandoval helping minorities to save money 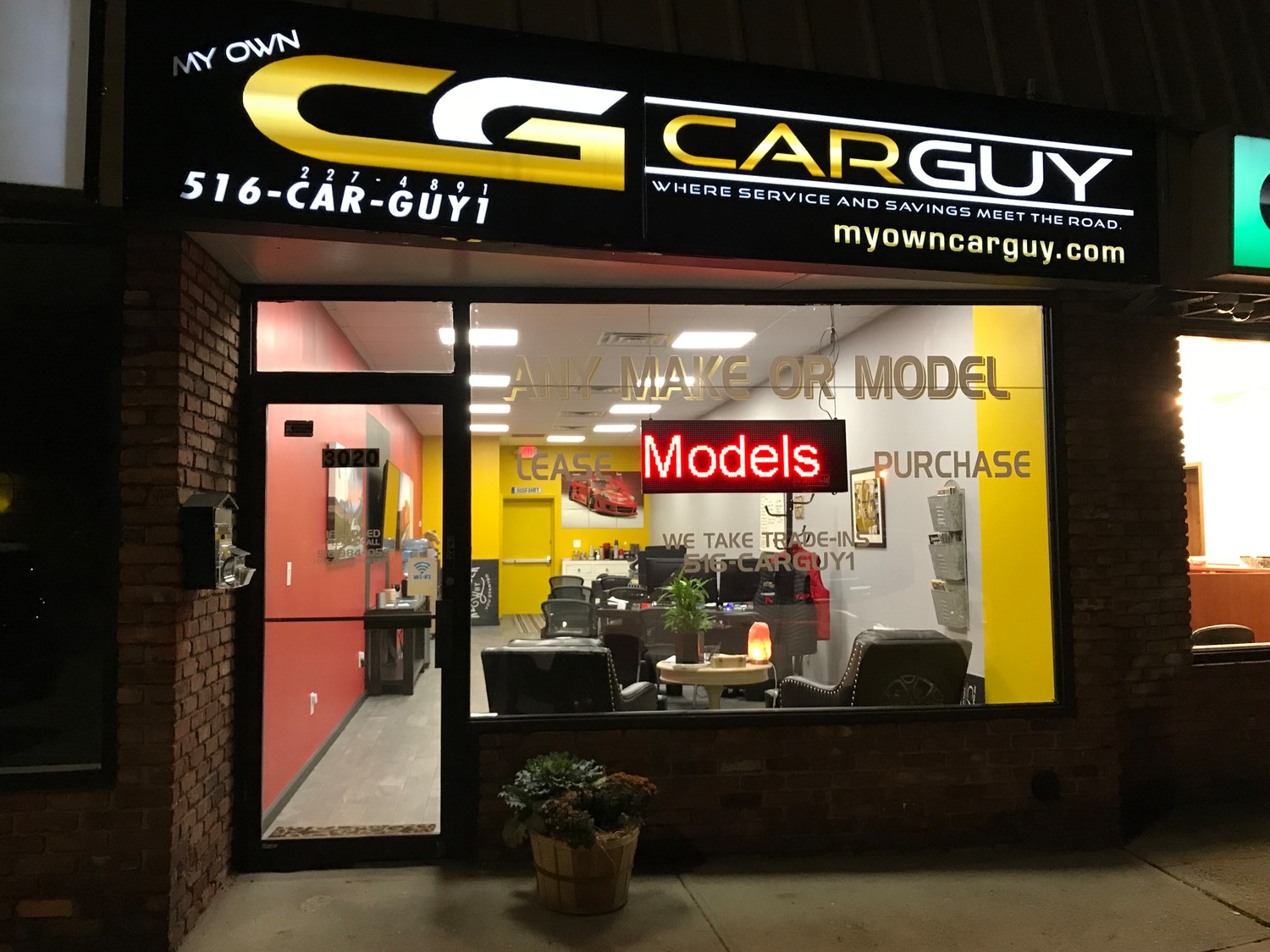 My Own Car Guy opened in Wantagh in June 2017.
Courtesy Danny Sandoval
By Alexandra Dieckmann

Wantagh resident Danny Sandoval first noticed Latino and black communities being taken advantage of in the car business in May 2014. Since he is of Hispanic heritage, Sandoval decided to act, and opened his own auto-leasing business in June 2017.

Sandoval owns My Own Car Guy on Merrick Road in Wantagh. Before going into the auto-leasing business, he owned a massage therapy practice in Freeport, where he treated clients involved in auto accidents. He was disturbed by the stories from Hispanic and black clients he regularly saw.

“It would always bother me to hear what these folks are paying for their cars,” he said. “Knowing their socio-economic status or just from hearing their stories about their struggles, I knew that they were paying more than they should be for cars.”

After further investigation, Sandoval said, he discovered that people from the Hispanic and black communities were being taken advantage of and thought he could save them money. “Me being with the Spanish heritage, I wanted to do something to change that,” he said. “That was the reason I got into it, to make a change.”

Sandoval, 47, said that by helping clients, he was able to help his family and friends as well, which made his business grow into what it is now. My Own Car Guy caters to everyone, he said. “But I didn’t like the fact that people struggling because of credit issues or income, or whatever the case was, they were paying more than the average educated person,” he said. “That’s what struck me the most.”

Sandoval’s company serves clients in New York and New Jersey and leases all makes and models of cars. My Own Car Guy can give clients quotes over the phone and deliver cars with virtually no effort for the client, according to Sandoval.

The company receives discounts from dealerships in New York, Connecticut and New Jersey. “The dealers pay me a referral fee to offer my discounts to clients and bring in the extra business,” he explained.

Sandoval’s clients fill out applications that go to the dealers he chooses with the best deals every month. Because My Own Car Guy receives wholesale discounts on the cars, he said, the company can offer clients cars at lower rates while still accessing all the incentives, rebates and warrantees on the market.

“Clients don’t have to go through that normal hassle, haggling and aggravation associated with a new-car purchase,” Sandoval said.

Danny’s father, Danilo, and mother, Ana, and all of his extended family are from Guatemala. Danilo came to Long Island in 1967, when he got a job. He worked in New York for a few years before returning to Guatemala. Sandoval’s immediate family all moved to Long Island in 1969, a year before Danny was born. Danilo has four siblings, and Ana has five.

“One by one, my dad was able to help out his siblings, and then that got extended to my mother’s side of the family, and pretty much everyone has resided in the United States,” Danny said.

He has only visited Guatemala once since he moved to New York, he said. He attended first and second grade in Guatemala before returning to Long Island in 1979.

He has lived in Wantagh since 2010. His wife, Kim Bellantoni-Sandoval, grew up in Wantagh and graduated from Mandalay Elementary School, Wantagh Middle School and Wantagh High. She has been a member of the PTA board at Mandalay, which both of their children, 11-year-old Isabella and 9-year-old Anneliese, attended. Isabella is now at the middle school.

Sandoval said that little of his Hispanic heritage is incorporated into the family household. Because his wife is not Spanish, they do not speak the language at home. But his daughters are exposed to a variety of foods and are learning Spanish in school, and can understand it a little bit, he said.

“They like learning words,” he said. “They get excited when they know what a word means.”

My Own Car Guy’s business, which depends on referrals, has only positive reviews on social media. According to Sandoval, he has a good reputation with police officers, teachers and Facebook mother groups.

“The headaches, the haggling, the games — I eliminate that for clients,” he said. “That’s something that makes me feel good every day.”