A dog’s tale: the view from inside the canine carry-on 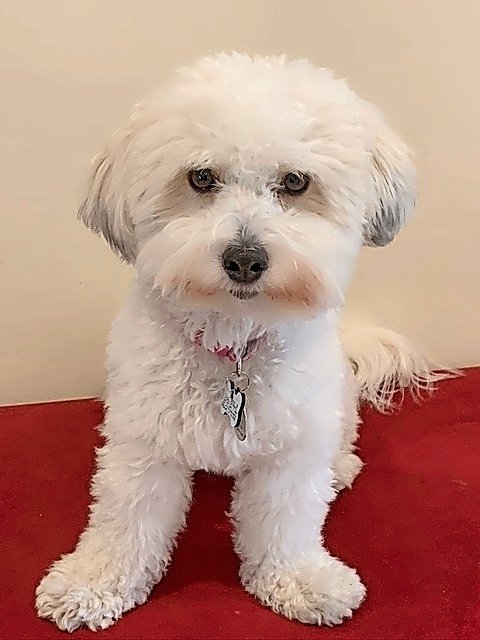 I can’t stretch out, I can hardy breathe, but even inside this dog carrier, the air is better than the smoke out in Lake Tahoe. As the family pet, I went along on the summer vacation out West. Think of me as your four-legged eyewitness to one family’s encounter with environmental disaster.
As my human reported last week, we headed to Tahoe last month to visit kids and grandkids. We expected a month of R&R on the Truckee River. My human dad, super-anxious about the trip, fixated on my food and my, um, movements. I’m not talking Beethoven. He carried blue New York Times plastic bags across the country because those are his favorite disposables.
We flew to Denver and drove 16 hours to Tahoe. A different hotel every night, weird hallway smells, walks on scorching asphalt and very super-sized people not wearing masks, which I resent because if something happens to my humans, I’m toast.
In Tahoe, we stayed at my sister’s house and at a rental house in the mountains. My sister has a new, irritating puppy. He ate my food and chewed up my travel bed. He sneaked up on me and jumped on my back for reasons I don’t understand. The rental house was worse. At night I walked outside in blackout conditions, the heavy musk of bear in the air.
Then smoke from the fires swept into Tahoe and smothered our air. People have no idea how ash and the absence of any poop-worthy grass can affect a dog.


Then the humans started to misbehave. Tensions escalated into tiffs, and sniping ensued. Someone growled, “Whose idea was it to come out here, anyway?” And, “Who peed in the kitchen?”
The humans clearly had no idea what to do. Some knucklehead decided that an escape to San Francisco would work. Did I have a say?
New hotel room, new “pet relief” area. So stressful. My human dad brought along the blue plastic Times bags because sometimes even humans need comfort toys.
The San Francisco air was clear and in the “healthy” range on www.airnow.com. While I cooled my paws in the hotel, my people walked the Embarcadero and toured the Botanical Gardens. But it was all an illusion of relief.
Back in Tahoe, air quality misery was now compounded by “extremely high and dangerous risk of fire.” CalFire texted that news to people’s phones every few hours.
We moved yet again, from the rental house back to my sister’s house, just for safety, to be under one roof. That meant back to the devil dog.
Family tensions erupted again. Light the grill or don’t risk a spark? Walk me around the block or let me roam the yard? Take the kids to town or hide from the smoke? Everyone was supercharged, and displaying all the symptoms of loving but dysfunctional families everywhere. Lots of shouting, some crying, endless could-have, should-have, and who’s feeding the dogs? I’m here to tell you that either no one fed me or everyone fed me. I hate when the humans become unreliable.
After a few days of simmering under one roof, my humans decided to leave, give up the rental house a month early, return our car to the wrong location (Reno instead of Denver) fly out of Reno ASAP, and then home.
So I’m writing on the RNO-to-DEN leg. I heard news of hurricane-remnant flooding in New York, but we’re homeward bound, escaping the fires and ready for the wind and rain. A leg up to my compatriots splashing through flooded streets.
Tomorrow we fly back to the God-bless-America-I-hope-I-never-travel-again-better-than-a-mound-of-peanut-butter-glorious East Coast. We worry about the family we left in Tahoe, and yeah, even the new puppy.  How’s a little guy supposed to feel safe outside and comfortable inside when Noah’s Ark is burning? My humans’ grandkids just sent a photo of a bear looming at the edge of their property. Who’s going to tell the little guy to stay away?
The kids have several plans in play while hoping for shifting winds. Meanwhile, we fly east.
It is undignified to travel inside a “doggie carry-on” bag, but I fell for the old peanut butter trick. She who shall not be named tossed a peanut butter cookie into the bag, and I dived for it. Again.
Over the past three weeks I have slept in nine different beds. Now we’re cruising at 34,000 feet and I’m in a canvas tote, stuffed under the seat of some overstuffed dude. Nothing seems quite right, even in a dog’s world.

Sticks and stones — words can never harm me

What to do before the winter snow flies