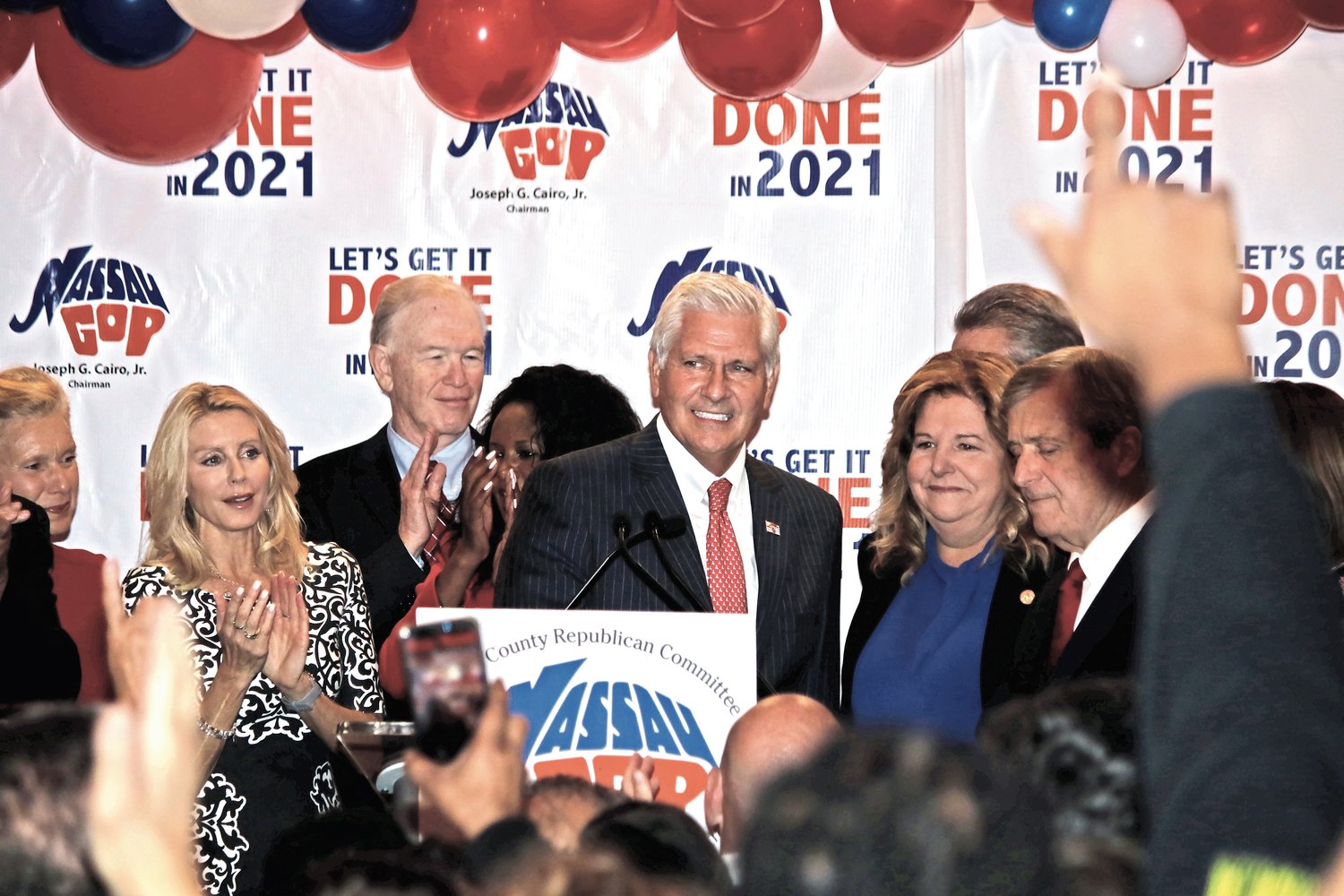 As of Wednesday morning, Republicans in Nassau County-wide races were inching toward a GOP sweep.

As the Herald went to press, Bruce Blakeman, the Republican Town of Hempstead councilman, had surged past incumbent Democrat Laura Curran in the race for county executive, with nearly all precincts reporting. At press time, an official winner had not been declared, but Blakeman had 52 percent of the vote to Curran’s 47 percent. Close to 20,000 absentee ballots remained to be counted, however.

On Wednesday, Curran was not conceding, saying, "This is not over, and we must trust the process."

"I think the Republican Party was on the right side of the issues," Blakeman said. "The two biggest issues were taxes and people were very upset  with the broken reassessment system.  They were very upset they were not getting the tax relief they were entitled to."

What was certain: Republican Anne Donnelly, a 32-year career prosecutor in the Nassau district attorney’s office, was declared the winner in the contest for D.A. Donnelly defeated State Sen. Todd Kaminsky, a Democrat from Long Beach, garnering 60 percent of the vote.

Republican Elaine Phillips, a former state senator, was declared the winner in the race for county comptroller, besting Democrat Ryan Cronin. And Republican Maureen O’Connell appeared headed to victory over Democrat Justin Brown in the voting for county clerk.

Incumbent Steve Rhoads, a Republican from Bellmore, pulled ahead in the contest in the 19th Legislative District with a lead of nearly 8,000 votes.

“I’m just extremely grateful that the people of the 19th District continue to place their confidence in me,” Rhoads said. “I’m going to work every single day to earn that trust and confidence.”

Dennis Dunne, a Republican from Levittown, was re-elected councilman for the 6th District, besting newcomer Matthew Galante, a Democrat from Levittown, by a margin of more than 10,000 votes.

Absentee ballots were yet to be counted. All results were unofficial at press time.