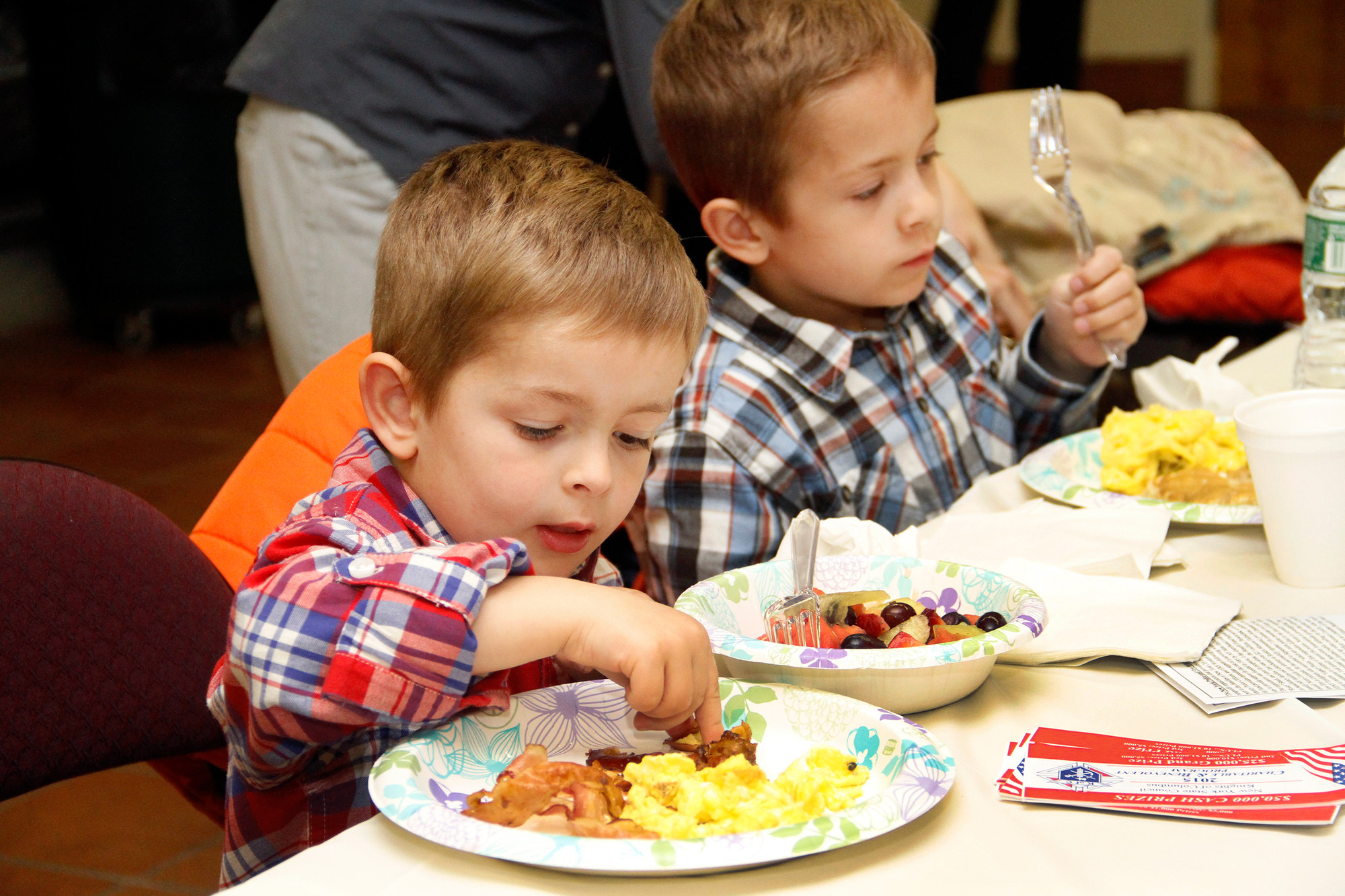 Lucca and Rocco Cerullo, 5 and 7, enjoyed their meal.
Susan Grieco/Herald 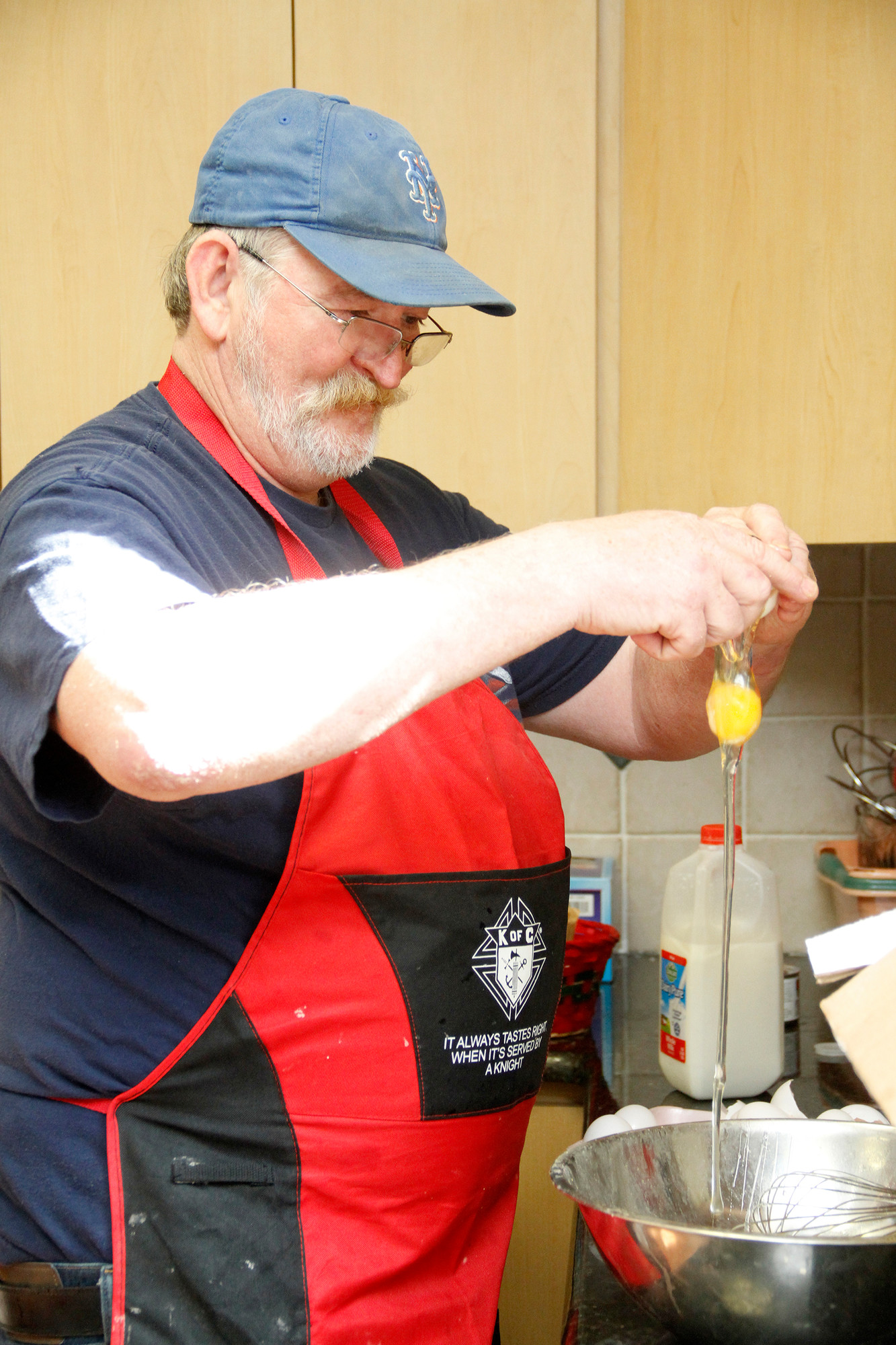 Richard Brennan, a past Grand Knight, was hard at work in the kitchen 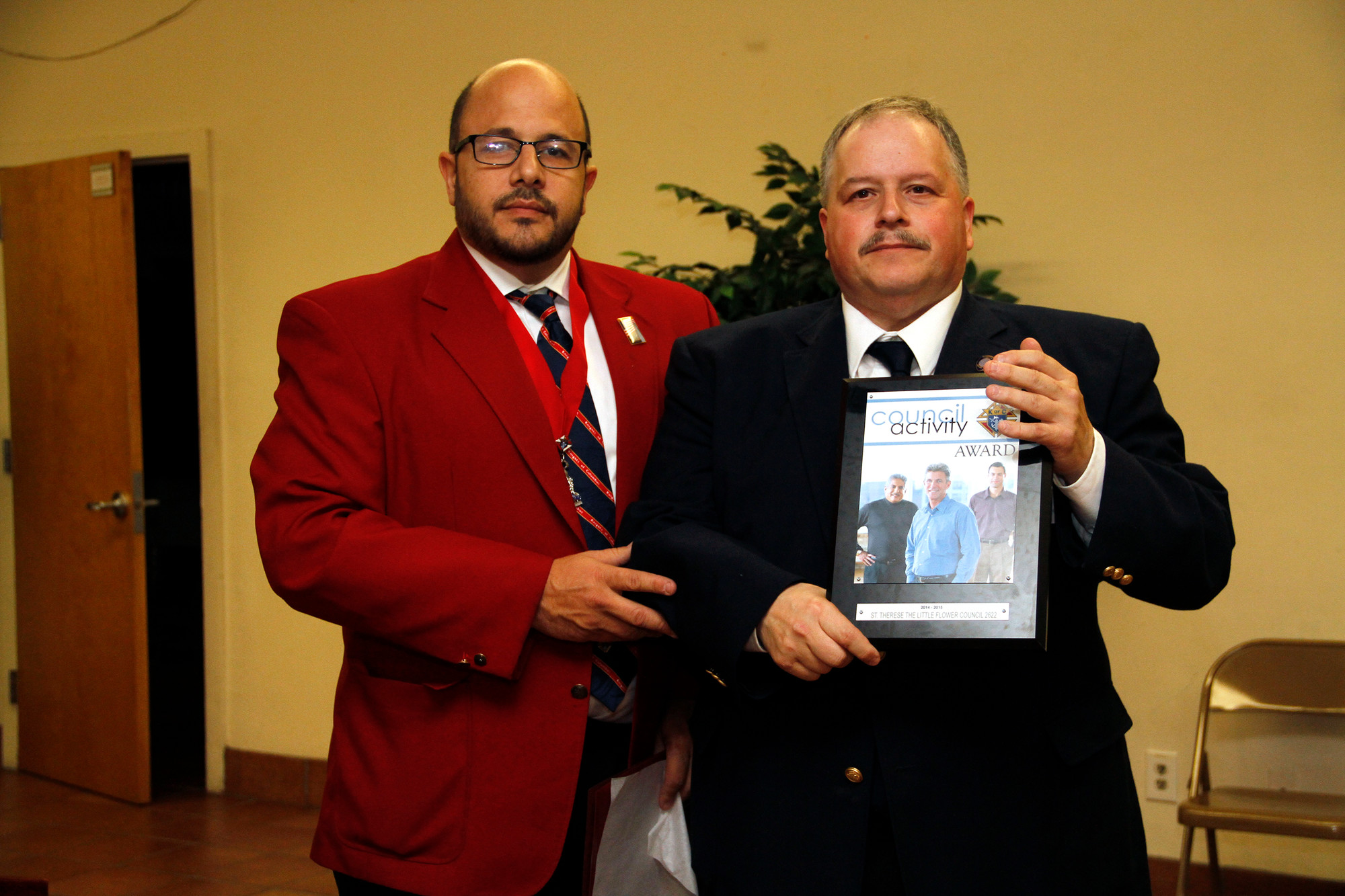 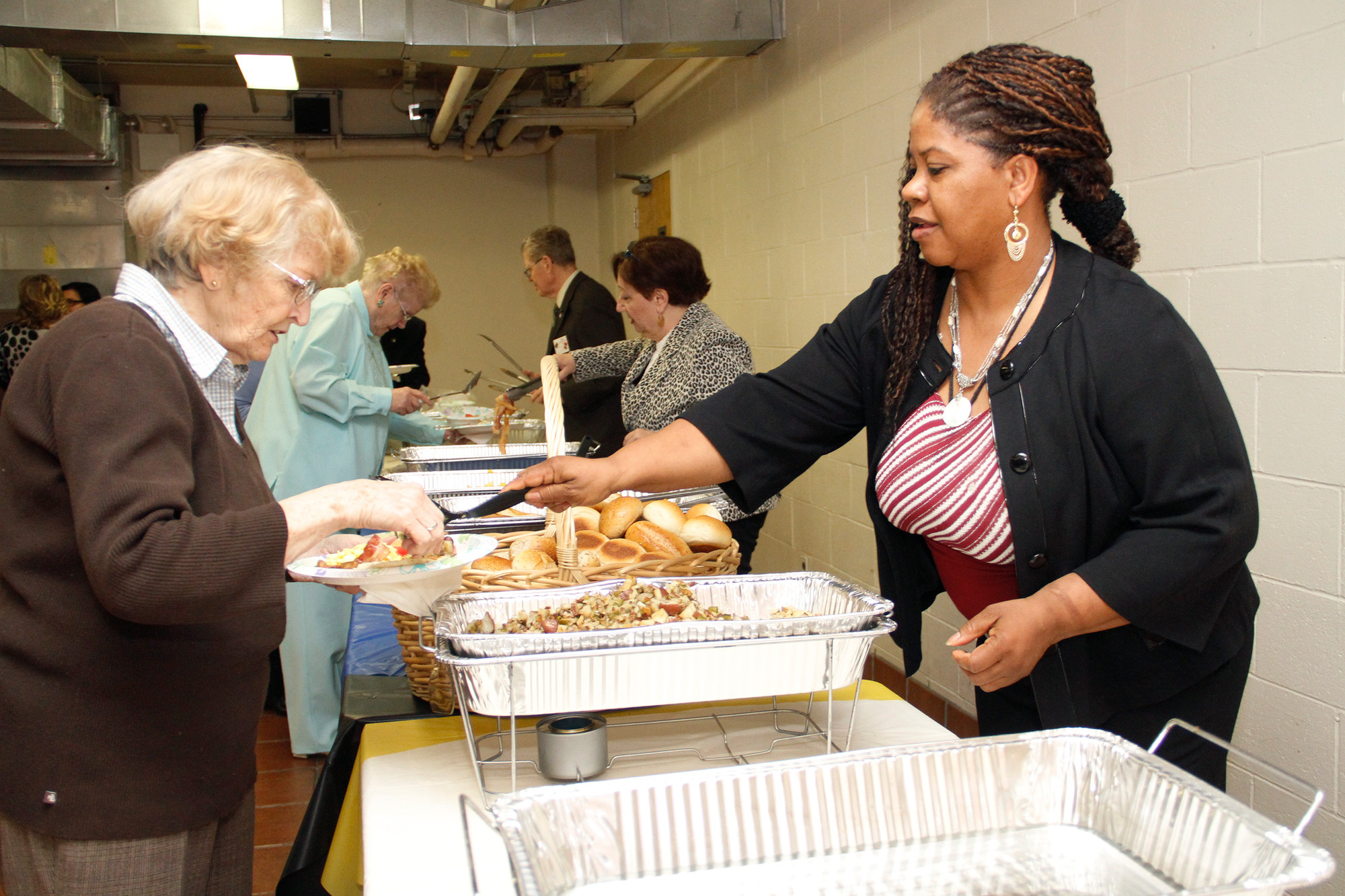 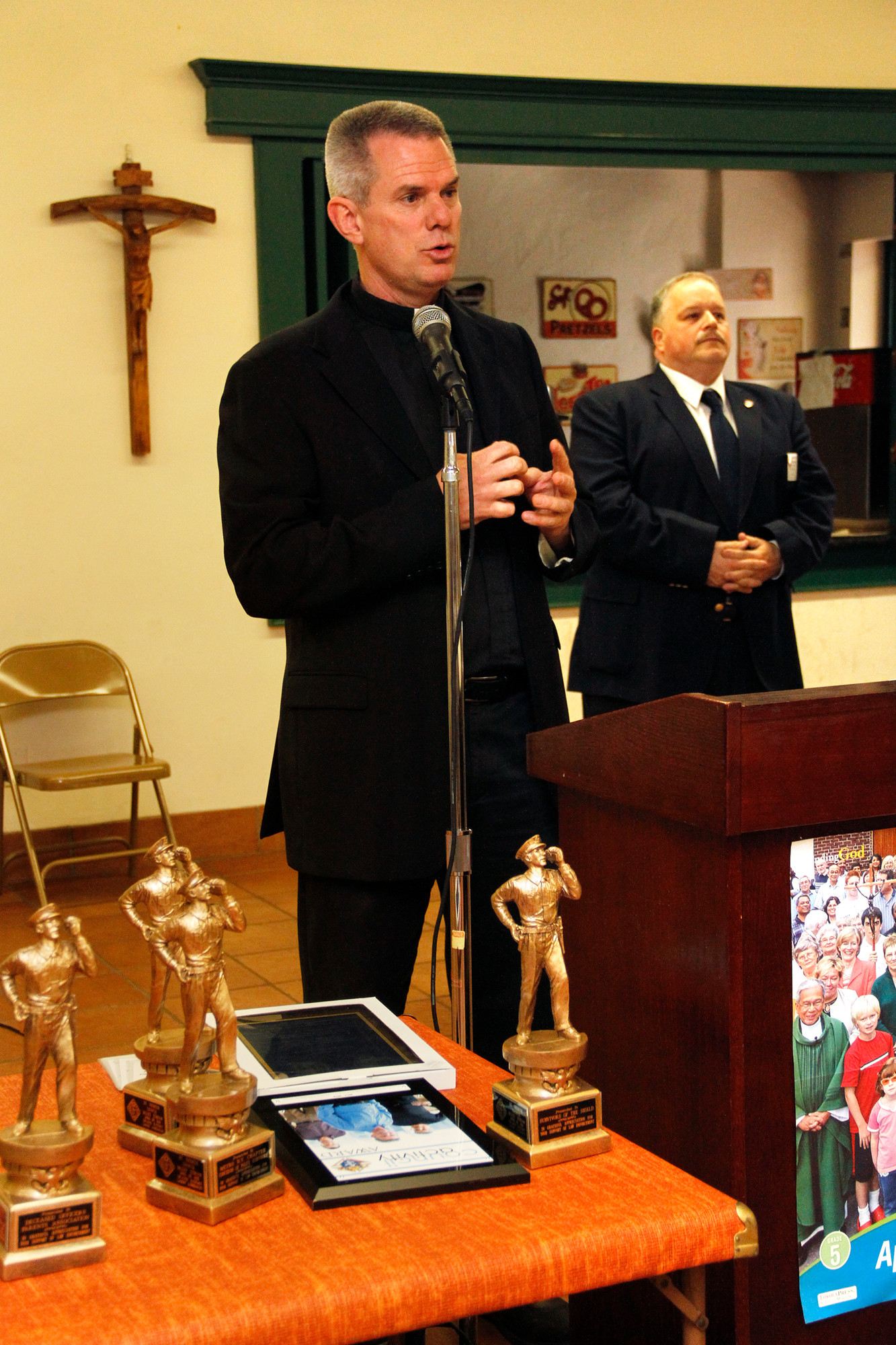 Father peter dugandzic was honored with a Grand Knights award.
Previous Next
By Micah Danney

More than 200 people attended a special breakfast honoring the widows of fallen police officers at Blessed Sacrament Church on April 26.

The event, organized by the Knights of Columbus St. Therese Council, was in memory of police officer Anthony Mosomillo, who was killed in the line of duty in 1998. Grand Knight Larry Lombardo, of Lynbrook, was in the same police academy class as Mosomillo. Lombardo presented Mosomillo’s widow with a photograph of the men’s academy class that he’d never gotten a chance to give to Mosomillo himself after the two went to work in separate areas of Brooklyn after they graduated in 1984.

Mosomillo was shot four times by a man who was on parole as Mosomillo and his partner attempted to serve a warrant for the man’s arrest. He shot and killed the man, who had grabbed his partner’s gun, but later died during surgery. Lombardo described him as a “quiet, easy-going guy.” He said seeing his former classmate’s wife made him “misty.” He said the breakfast was a chance for her and other survivors of fallen officers to get together and get their mind off their hardships.

Several individuals were also honored. The Humanitarian of the Year award was presented to Annette Farragher; Eric Klang was named Knight of the Year; and the Grand Knights award was given to Father Peter Dugandzic and District Deputy Damiano Coraci.

“This is the one group that I hope never grows,” Lombardo said of fallen officers, a day after Massapequa native and Queens cop Brian Moore succumbed to his injuries after he was shot last week. “Unfortunately, this week it grew by one.”