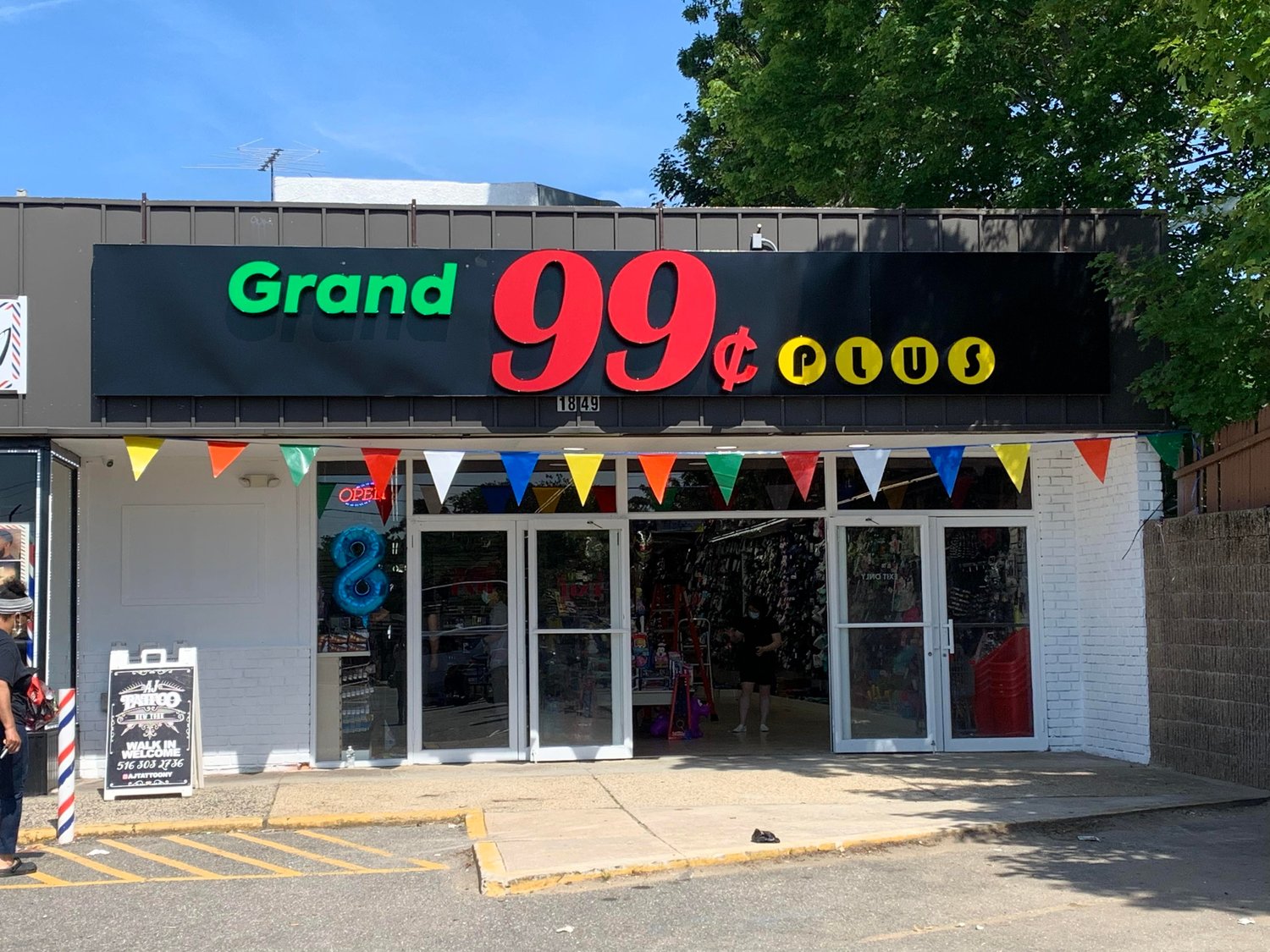 Grand 99¢ Plus is located at 1841 Grand Avenue, where Grand Avenue Cinema used to be.
Photos by Karina Kovac/ Herald 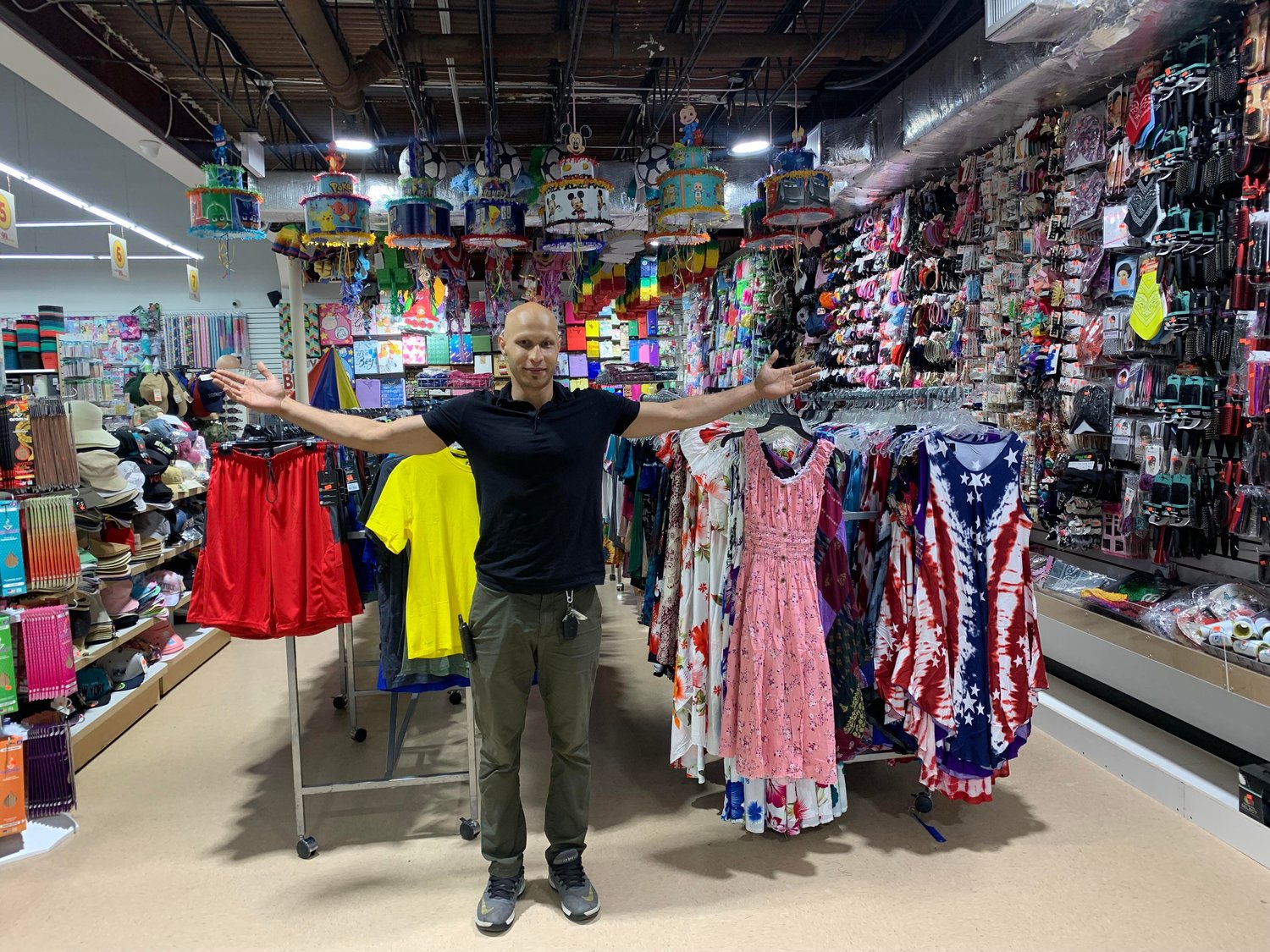 Grand 99¢ Plus manager Moazzal Ali showing the selection of clothing, accessories, and some of the party supplies.
Photos by Karina Kovac/ Herald
Previous Next
By Karina Kovac

There’s a new shop on the block, and its Grand 99¢ Plus on Grand Avenue, a store that offers a variety of goods from party supplies, home décor, clothing, cleaning and much more. With aisles that go deep into where movie goers would sit and watch a film, the objects that now line the rows are packed with name brand objects; most over a dollar.

Manager Moazzal Ali told the Herald that this is now the sixth location of the chain with quality and respectfully priced goods. “We provide quality stuff, our prices are a little big higher, but we have more for parties and the sections have items for anything, anything you can even think of, I promise you we have it,” he said.

The anticipation for what Grand Avenue Cinema would turn into was felt throughout the community. Ali says people would walk past and glimpse into the vacant spot pondering what was going on inside, “People were waiting for us to open,” he said.

People like curious shopper William Jenkins, was interested to see how the design would be with such a vast switch to the location’s usage. “We knew this was the movie theater so I was kind of curious to see how they would do the layout.”

Jenkins gave his approval after a few minutes of shopping, saying it was better than some of the other dollar stores in the area, “It’s something new, parking is a little difficult so I may need to slide into the CVS one, but overall, I think it’s a nice store, definitely nice, and we’ll be stopping back.”

Ali says people were outside the doors waiting for him to finally open the store. Saying, “They know this was the cinema, so they know this is a huge place.”