Rock and Wrap It Up proposes a veterans farmer's market at LIJ-V.S. 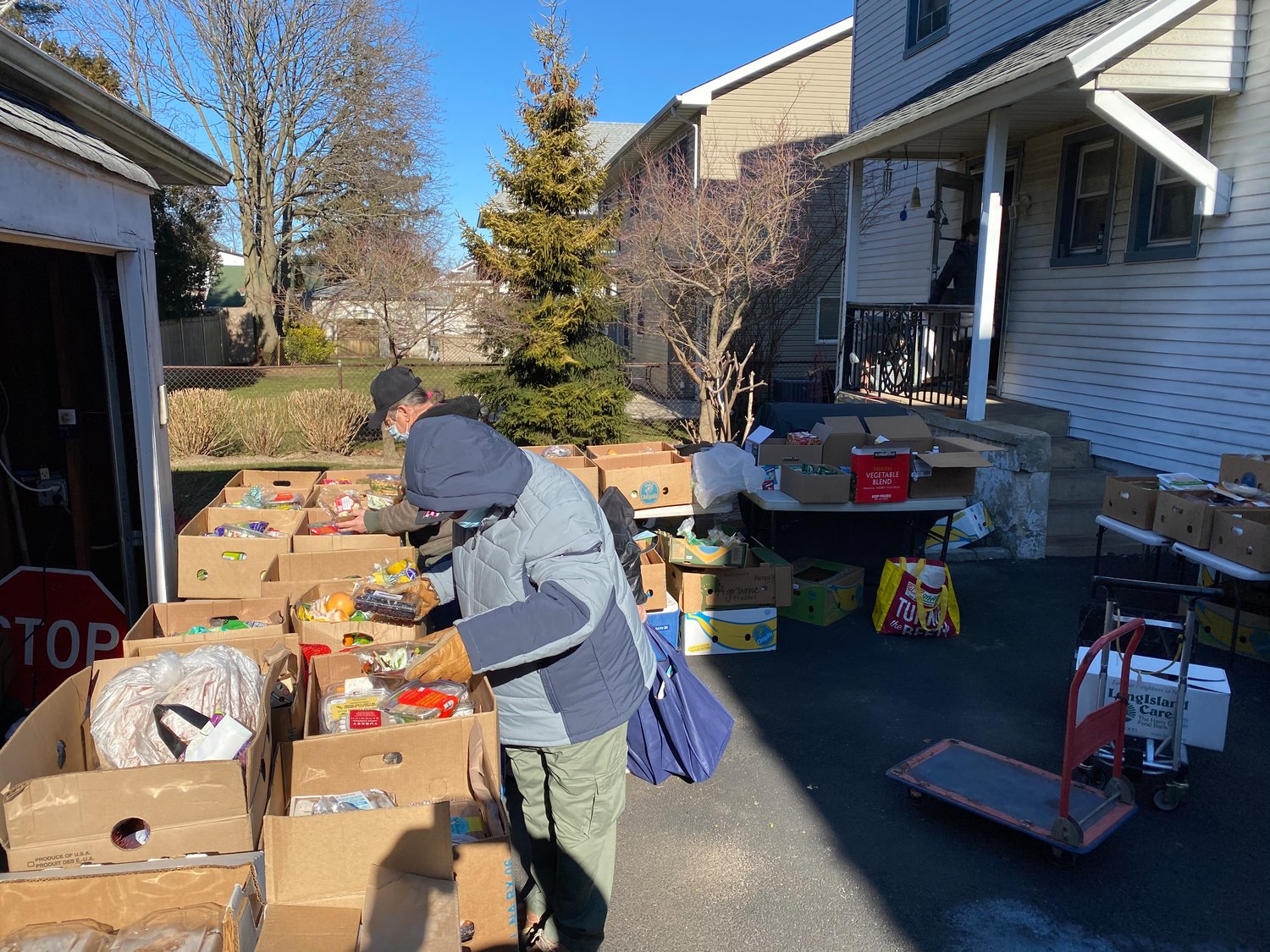 Syd Mandelbaum, of Cedarhurst, runs a farmers market for veterans out of his Cedarhurst home. He is now hoping to work with Northwell Health’s Long Island Jewish Hospital in Valley Stream to expand the program.
Courtesy: Syd Mandelbaum

When you have people who are poor ... you don’t have a balanced economy.”
Syd Mandelbaum, Rock & Wrap It Up
By Madeline Armstrong

Rock and Wrap It Up, an award-winning anti-poverty think tank, has provided a veterans farmer's market for residents of the Five Towns and Valley Stream since July 2020. Syd Mandelbaum, CEO of Rock and Wrap It Up, runs it from the front yard of his Cedarhurst home with his wife, Diane Mandelbaum.

Mandelbaum started the farmer’s market to provide an alternative to supermarkets for veterans, who are often at higher risk during the Covid-19 pandemic. He had relationships with Trader Joe’s and Costco through work done with Rock and Wrap It Up, and he was able to acquire donations for a veterans farmer's market to be set up on Tuesday, Thursday and Saturday mornings.

It’s “incredible the sense of community that the farmer's market is helping create for all these veterans,” said Jim Spellos, a volunteer and member of the Rock and Wrap It Up board, “many of whom are in their 80s and 90s and don’t have that.”

The market has been a success, according to Mandelbaum, with 10 to 30 families turning out each week. “After a year and a half of doing the veterans farmer's market,” he said, “it occurred to us that a component that was missing was nutrition.”

According to Spellos, lack of knowledge about nutrition and limited access to healthy food is a large problem among veterans. “What better place to learn nutrition than at Northwell Health?” Mandelbaum said. The group is looking to partner with the Long Island Jewish Hospital at Northwell Health in Valley Stream to provide a farmer's market for veterans. The two organizations have had preliminary talks to discuss the possibility of having a veterans farmer's market at the hospital, but nothing has been carved in stone yet.

“We come up with the ideas, but then we need people to implement them,” Mandelbaum said. ”It’s a no-brainer to [try and partner with Northwell Health], especially when it comes to the conversation of not just providing the food,” Spellos said, “but providing nutritional information.”

In addition to the farmers market, Spellos worked with Mandelbaum to create the Andy Parise Veterans Toolkit app, named for a former mayor of Cedarhurst.  It’s “an app that we have to give veterans information about places they can get food on top of the farmer’s market itself as well as different resources for them,” Spellos said.

Rock and Wrap It Up was established in 1991 and has worked to fight poverty. Mandelbaum started small by taking leftover food from the Jones Beach Theater and donating it to the community, but soon expanded to bands across the nation, with many of them adding a clause to their contracts that they would donate any leftover food to Rock and Wrap It Up. The organization also worked with sports teams in New York such as the Yankees, Mets and Giants to donate leftover concessions. Then, the program was launched nationwide through the National Hockey League.

Additionally, the program was launched at hospitals and hotels and in Hollywood. “Every studio in L.A. gives their food from . . . TV and film shoots to Rock and Wrap It Up volunteers throughout the United States,” Mandelbaum said.

Spellos and Mandelbaum also worked together to create the Whole Earth calculator. “The Whole Earth calculator is something that Syd and I have worked on for the past eight years,” Spellos said, “which allows organizations to identify when they’re donating food, what the benefit of not having that food going into a landfill would be.”

As an earth scientist, Mandelbaum is interested in how donating leftover food can not only provide meals for people, but also contribute to a sustainable environment. “If you pick up 500 pounds of food from an Aerosmith concert,” he said, “how much greenhouse gas is saved, how much water is saved, how many meals are generated?”

Mandelbaum has been providing food for those in need and fighting poverty in New York and across the country through Rock and Wrap It Up for 30 years. The veterans farmer's market with LIJ, if realized, would be another addition to the long list of programs that he has implemented to serve those in need. “I just think what Syd and Diane do is remarkable and [is] truly saving people’s lives,” Spellos said.