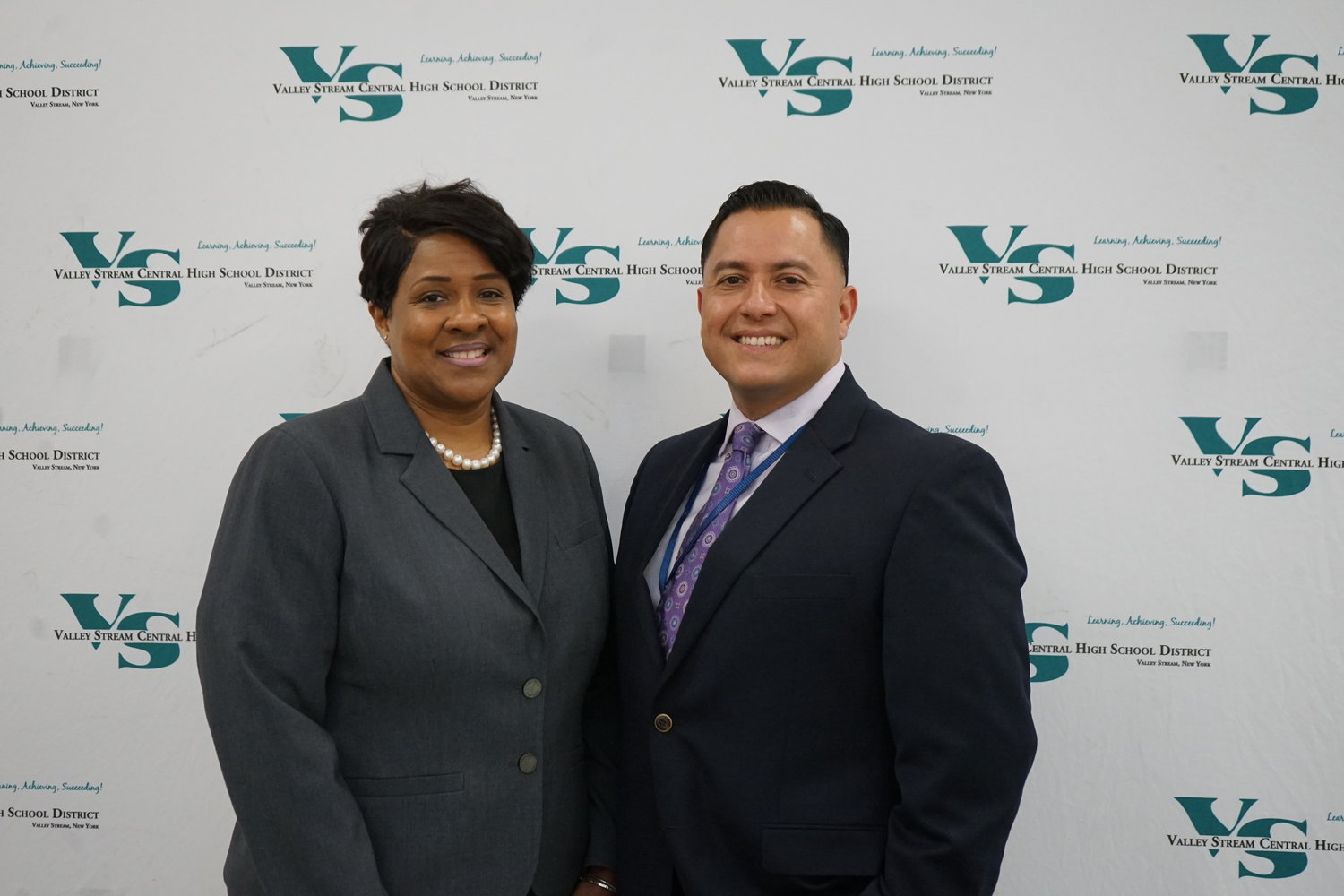 Small has nearly 25 years of experience in education. She joined the Central District in 2007 as a special education teacher and special education chairwoman. In 2018, Small was named a North assistant principal. She earned master’s degrees in education from the City College of New York and Mercy College, a master’s in community health from Long Island University, an advanced certificate of school leadership from Queens College and her doctorate of education in executive  leadership from St. John Fisher College.

Jara has taught Spanish in the district since 2005. In 2017, in addition to his teaching role, he was appointed North High’s dean of students. He has also been the district’s summer program dean of students, coached many school sports teams and provided professional development workshops for teachers about incorporating technology in the classroom.

Small said she prioritizes listening to students as a critical component of social and emotional learning and ensuring “students are engaged in the classroom by assisting the teachers and staff in using what they know of the students to get them focused inside the classroom.”

“We always have our own ideas of how things should be or how things should look like,” Small said, “but when we sit back, observe and listen to others, we make a better and more informed decision on what to do to better educate the students.”

A Wellness Center, staffed by school social workers and psychologists, was opened to help students cope with the mental fatigue and stress of the pandemic, but Small noted there are still hurdles that the district faces in attracting students to it. There is still a “stigma” around mental health, said Small, who is working to telegraph the message that mental health is about self-care, and the center should be a place to reflect and process life. To add levity and comfort to the school experience, teachers and administrators recently hosted events that included “Baking with the Principal” and “Meditation Mondays.”

Described by Small as a “fair disciplinarian” and “an effective communicator,” Jara said he plans to incorporate “restorative justice practices” when handling student conflicts and issues for this new year. This means helping a student “not through punishment and the learning of consequences only, but through mediation and discussions and learning through their mistakes.”

“When we have a student who’s been caught vaping or excessively cutting or whatever the case may be, I want to educate the student on what they’re doing,” he said, “because teenagers lack impulse control or thinking of consequences. The idea is if I teach them through the mistake, they’ll stop doing what they’re doing. That’s going to be my main focus.”

According to U.S. News & World Report, based on reported data in 2018-19, North High has 67 percent students of color, 26 percent of whom are Hispanic, 19 percent Asian, 19 percent Black and 3 percent other. Jara, both Latino and an anchor of the school community, having served multiple roles both for staff and students alike, said he is well equipped to understand the particular social and emotional needs of the students whom he represents.

“At North, we have the integrated English as a New Language population for the whole district, so for me, the gratifying part of my job is to see an ENL student come into our building from another country and be able to take this student under our wing and watch them walk across the stage and graduate and go to college,” Jara said.

Small, who is African-American, said, “Some of the students have said that they’ve never seen a person of color in this role [as principal] or having a teacher that looks like them, and I think representation and diversity matter…for all students.”

“I like to see the students, and when they’re remote, you don’t know see your students, each with their own home structure,” Small said. “When students are in the building, they are afforded the same structure, routine and attention for seven hours to be successful.”